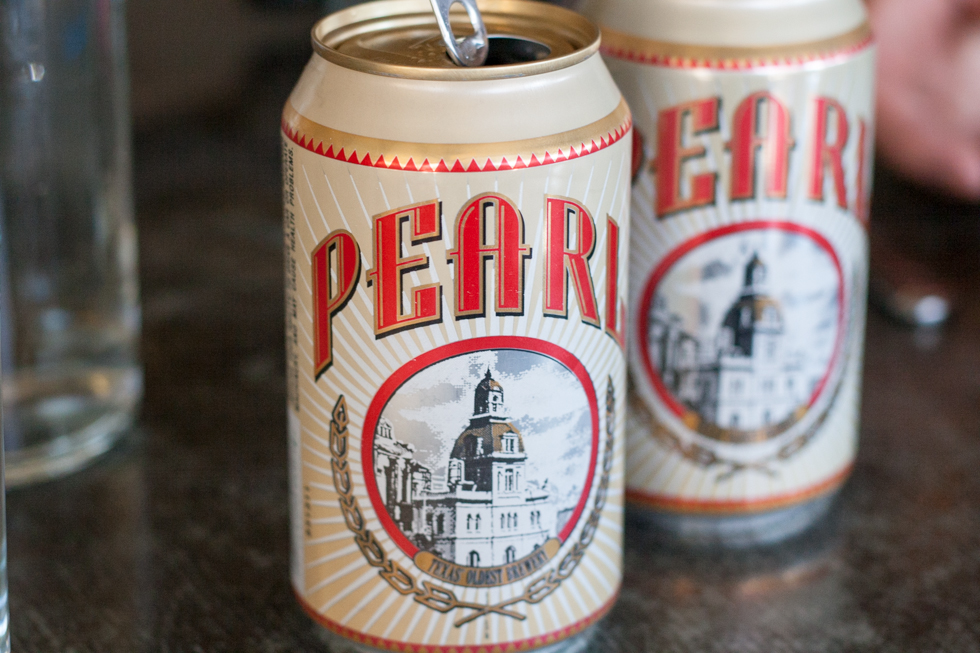 Meatopia Texas was in full effect today at the Pearl Brewery and SA Flavor along with Aberdeen Studios were on the scene interviewing some of the hottest chefs at the event. In the next several day I will post some of the videos that we shot, so be sure to bookmark us or follow us on Facebook so you can get the scoop! Until then, here is a preview of some of what happened at San Antonio’s inagural festival for all things meat.

You know that I had to go to Meatopia Texas in style, so I made this shirt that was complimented by both Chefs Bruce Auden and Adam Perry Lang. 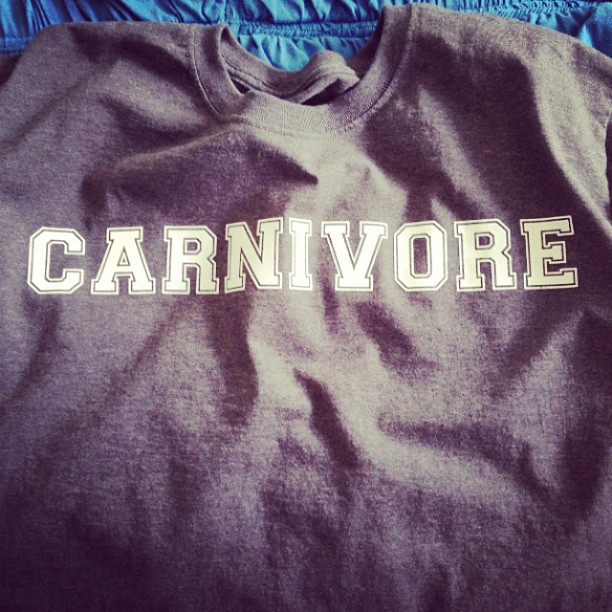 To start of the day we had to sample some of the whole hog gumbo by Chef Steve McHugh of the forthcoming Cured at the Pearl Brewery. The gumbo paid homage to his coming of age in New Orleans and made me anticipate the restaurant’s opening! Find out more about the opening of Cured in this interview with Chef McHugh. 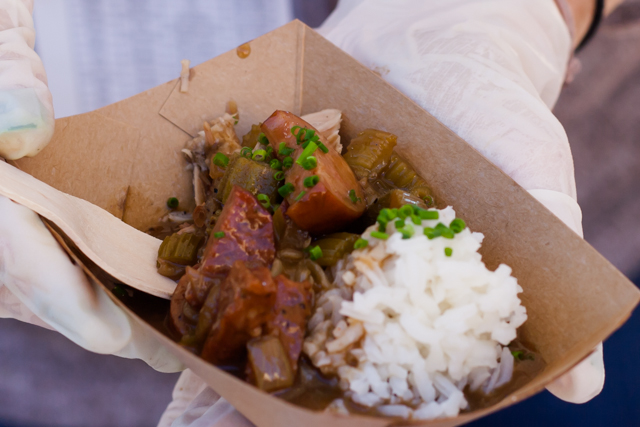 Be sure to watch the Meatopia TX: A Utopia of Meat recap movie that SA Flavor and Aberdeen Studios created!

Next on the agenda was to try the BBQ sandwiches that Chef Adam Perry Lang of Serious BBQ made. He brought in a pit on the bed of an 18-wheeler and that BBQ was serious! Of course, it was nice to wash it down with an Old Fashioned made with George Dickel Tennessee Whiskey, one of the sponsors of the event. Learn two things from Chef Adam Perry Lang on how you can immediately improve your backyard barbecuing skills in this video from Meatopia. 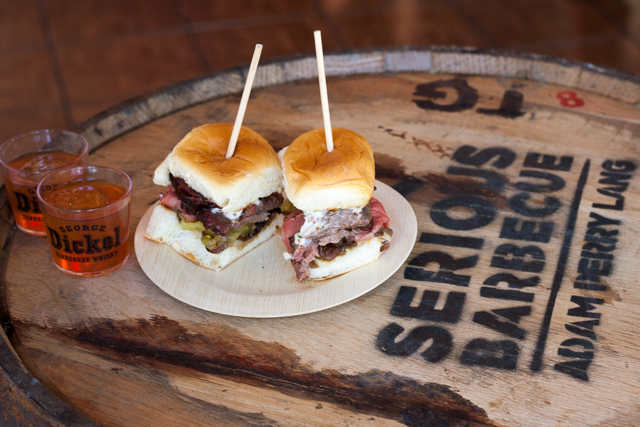 After that we ventured over to Chef Ford Fry of Georgia’s The Optimist to get a breast, shoulder, knees and toes of a chicken. I had never had chicken feet and they were a treat (though Shiloh, Tallahassee and Ruby (my urban chickens) might disagree!). Check out the video of Garrett interviewing Chef Fry! 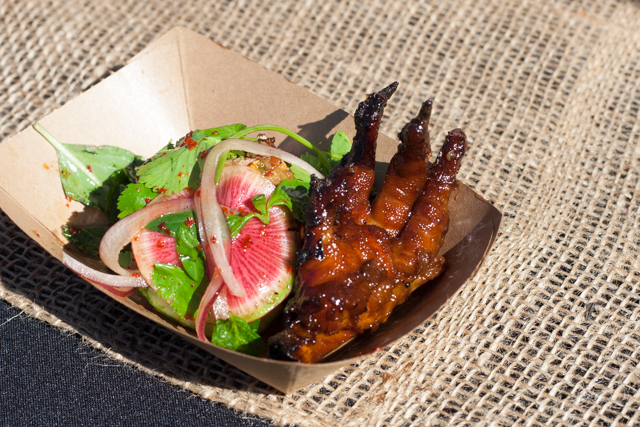 While you might think having Meatopia in San Antonio was phenomenal, think of how it must have felt for Chef Jesse Perez to have it literally in the parking lot of his Arcade Kitchen. His Broken Arrow Ranch quail was amazing. 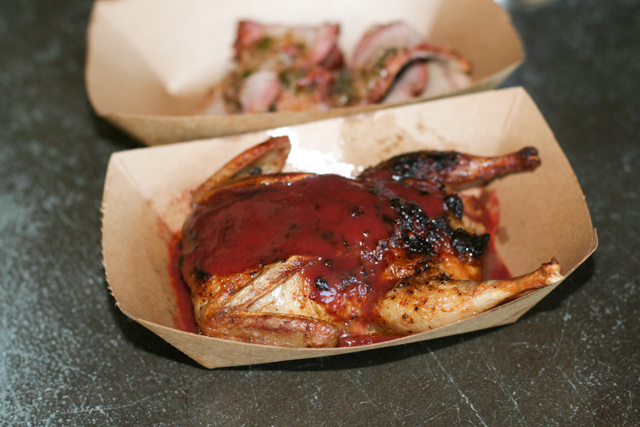 Thanks also to the Arcade Kitchen staff for giving us a couple of cans of Pearl beer to wash it all down; when in Rome after all… 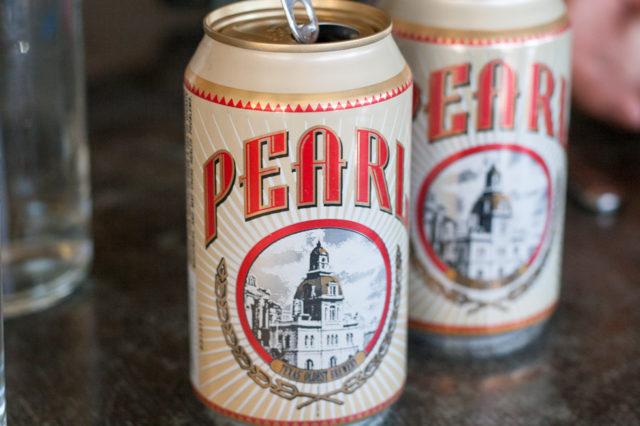 Next up was a stop with Chef Andrew Weissman of Il Sogno, Sandbar and The Luxury. The veal he prepared was incredibly tender and was accompanied with some rich potatoes. 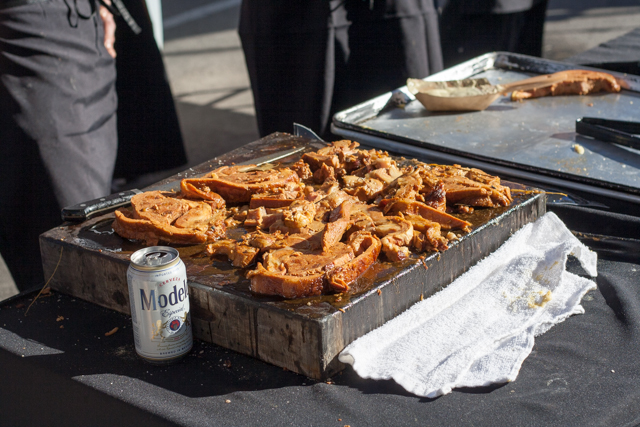 Chef Tim Byres of Smoke in Dallas, the recently named best new chef by Food and wine, prepared some Wagyu beef, or as I would like to call it “baller beef” as it is one of the more pricey varieties out there. 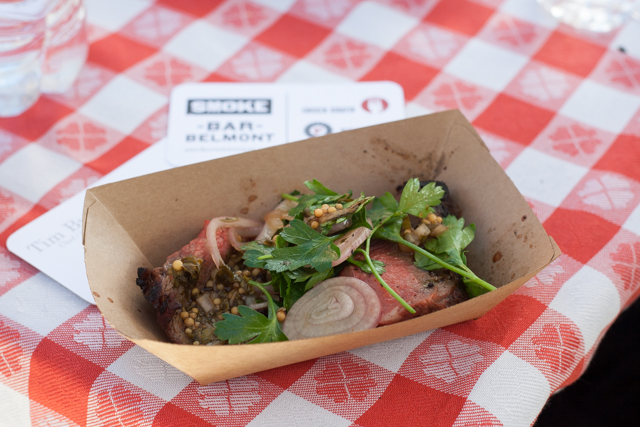 Familiar to San Antonio while on Top Chef Texas, Chef Paul Qui made a traditional Filipino dish called sizzling sisig that was one of my favorites of the event. 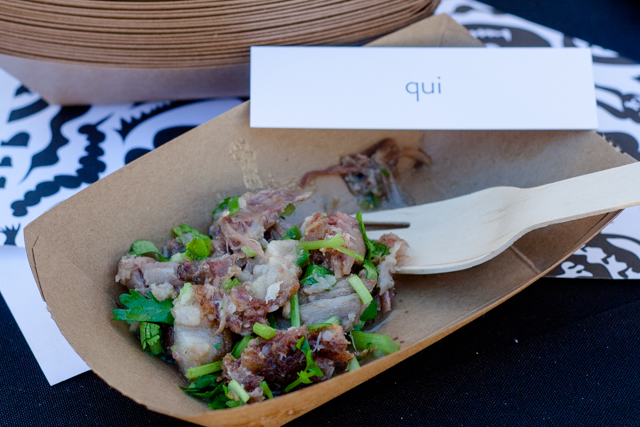 Here’s something you might not try every day, lamb’s neck with a chermoula yogurt sauce by Chef John Fink of The Whole Beast out of San Francisco. The spices were reminiscent of a curry and made the cut of lamb taste great. 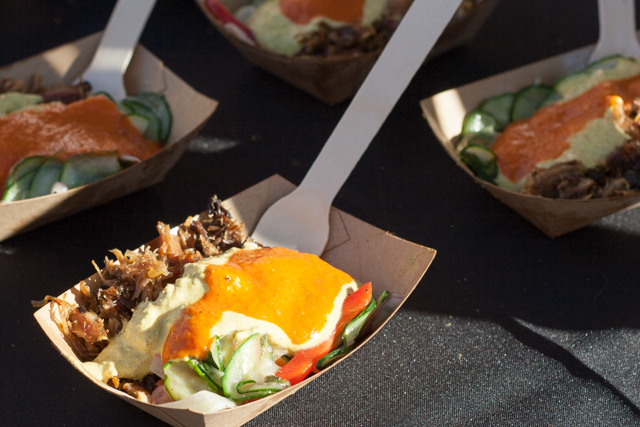 While you may think that bison is only confined to burgers, Chef John Tesar of Spoon in Dallas prepared an outrageous bison prime rib with potato chips deep fried in the bison tallow. This dish made me think of bison in a new way. Check out the video of Garrett interviewing Chef Tesar!

We wrapped up the day visiting Chef Jason Dady and trying his version of surf and turf for Meatopia serving porchetta and fire roasted clams. Watch the video where Chef Dady called it “a perfect cylinder of pork love.” 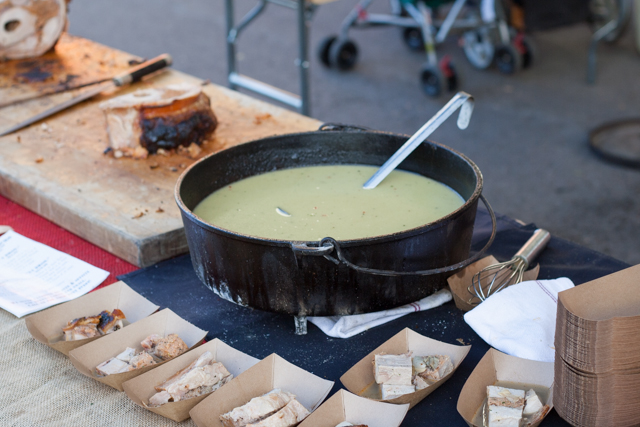 I can’t tell you how excited I was to have Metopia make a stop here in San Antonio! Josh Ozersky and team should be commended for pulling off such an amazing festival in just the first year here in town and I look forward to returning to this event in the future. Be sure to stay tuned to SA Flavor as we will be posting video interviews with each of these chefs throughout the week! 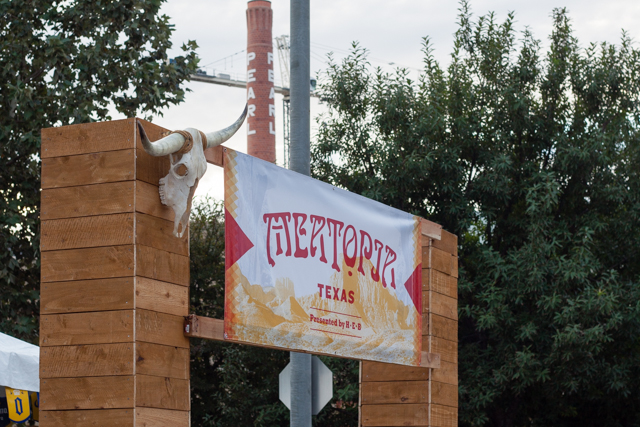