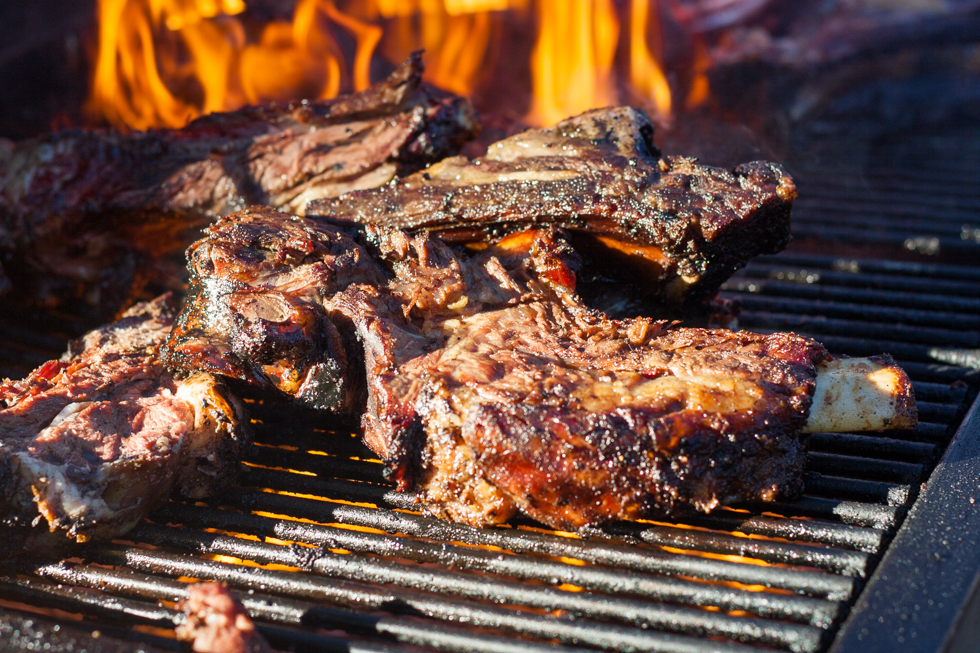 I love bison, but admit that prior to coming to Meatopia I had only really considered the meat as something I would want to eat in a burger. I never thought of ordering a prime rib of bison prepared the way that Chef John Tesar of Spoon in Dallas, TX did at Meatopia TX. This bison rib was primo, seasoned with sea salt and an herb rub the flavor of the meat wasn’t masked by an overpowering sauce. And that flavor surprised me because it wasn’t gamey at all.

Want to see more Meatopia Texas videos? Check them out on SA Flavor!

On top of that, for red meat lovers bison is a healthier alternative to beef according to some of the information that the Bison Council passed out at the event. Each 3.5-ounce serving of bison has only 103 calories, 1/2 gram of saturated fat, twice the iron of beef and more than half the total fat than chicken. But the real stat of interest is that you get all these benefits while maintaining a satisfying flavor that any meat lover will enjoy.

Accompanying the meal was a side of bison tallow fried potatoes that were exceptionally rich. I am a meat and potatoes type of guy, and Chef Tesar knocked it out; both Matt Niemann and I wanted to eat more but we were just too full.

One final note and a myth to bust about bison. Going through the public school system we are taught about how bison were over hunted back in the days of the Wild Wild West. While their population decreased dramatically in the 1800s, bison is no longer endangered. If you have never seen a bison in person, I would highly suggest a trip to either a local ranch or Yellowstone Park to see them in their habitat – they are majestic creatures.