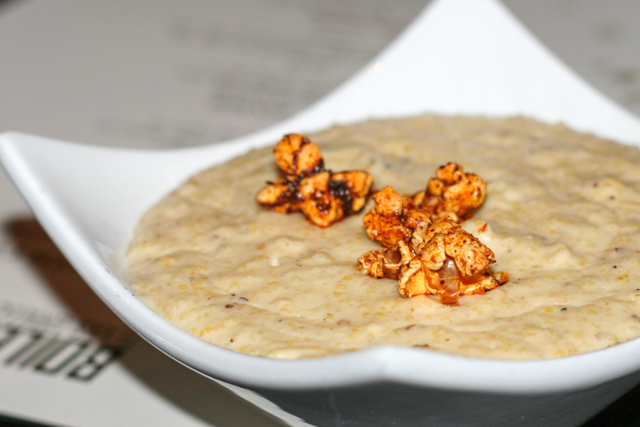 Last night the Boiler House, located in the historic Pearl Brewery, hosted a dinner with executive Chef Jeff White. I was happy to be invited as one of the guests to enjoy a meal filled with many of the dishes that Chef White plans on serving at Thanksgiving to his family. 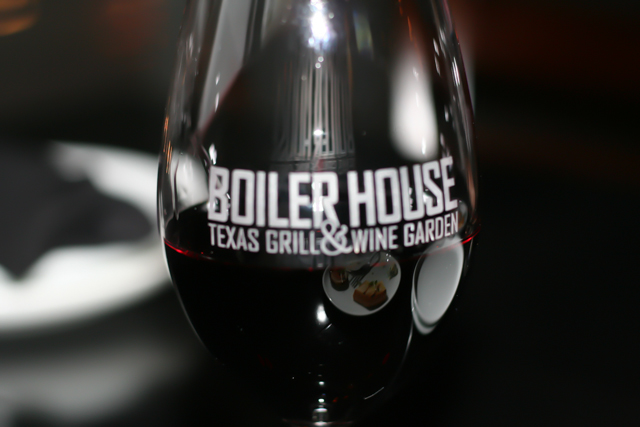 With the Boiler House celebrating its first birthday tomorrow, I enjoyed not only the food, but also the hospitality of the chef. I found Chef White to be one of those salt-of-the-earth type guys; he was incredibly helpful at explaining the dishes of the evening, and he seemed like a guy you’d want to grab a beer and shoot the bull with. While often times these events can seem a little stuffy, I loved how it was low key with conversation that just flowed with the chef sitting at the same table instead of behind the scenes—he said that this was the first time he actually got to eat in the restaurant himself. Here are some of the highlights from the evening, along with some recipes courtesy of the chef.

Prior to being seated, there was a charcuterie offered with an assortment of cheeses and a quail stuffed with sweet breads, spinach and shitake mushroom with Kraken rum. Not wanting to get too full on the appetizers, I had only a small amount of food. The first course was an amuse-bouche (or a bite-sized hors d’œuvre (thank you for educating me Top Chef)) that consisted of a simple radish and a cube of whipped truffle butter that was lightly dusted with sea salt that gave it a nice crunch. Chef White mentioned that radishes are a common, simple starter for the working class in France. Skeptical of the radish, I found it incredibly light and a smart way to cleanse the pallet for the start of the meal. 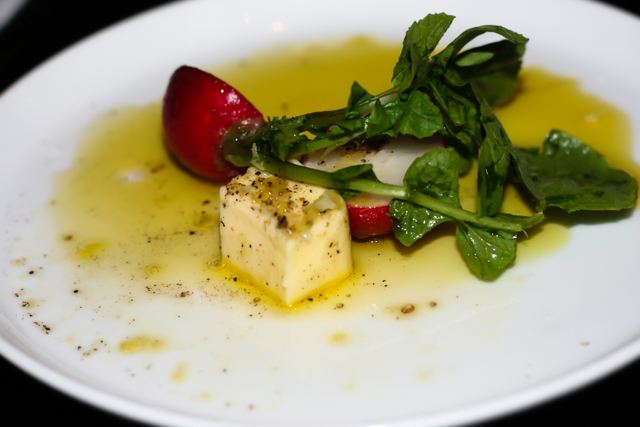 The wedge salad was nice, with a heaping amount of blue cheese, pork belly candied pecans and several varieties of tomatoes (one of which looked like a black cherry tomato that I grew in my backyard). You had me at blue cheese. 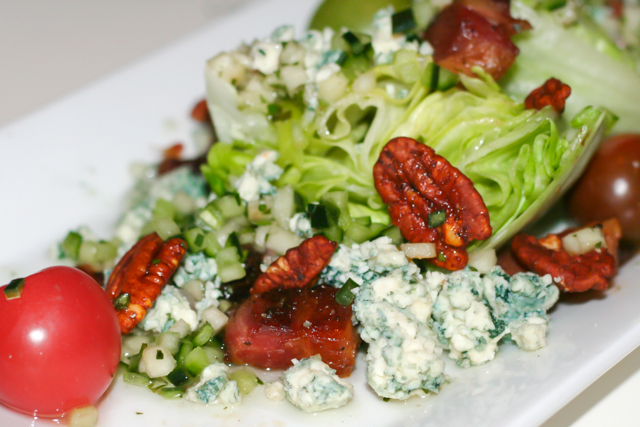 The sides to the main course were served family style. There were Brussels sprouts served with Spanish chorizo and Parmesan cheese that could make even the most adamant adolescent enjoy the vegetable. While I eat black-eyed peas for good luck in the New Year, it is always reluctantly—I have never found a taste for them. But Chef White served them with a large amount of ham hock and that made them taste pretty delicious. But the run away favorite were the popcorn grits. They were more smooth than gritty and had the unique taste of popcorn come through.

The main course was a rather large cut of Black Angus prime rib—and I mean big y’all. It was a thick cut that spanned the majority of the plate. I particularly enjoyed the fresh horseradish that was sprinkled on the corner of the prime rib went with the meat. 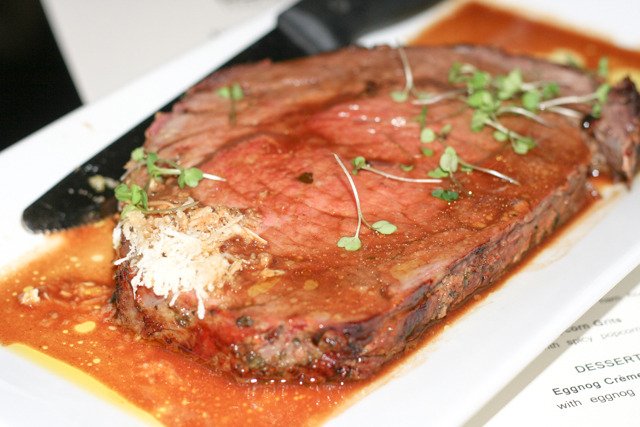 Believe it or not, I still had room the dessert, an eggnog crème brûlée. Eggnog was not only folded into the dessert’s mixture, but there was a scoop of eggnog ice cream that topped it. My only complaint would be that the ice cream made the crispy part of the crème brûlée (my favorite part) a little soggy. However, it was an interesting holiday twist on a classic dessert. 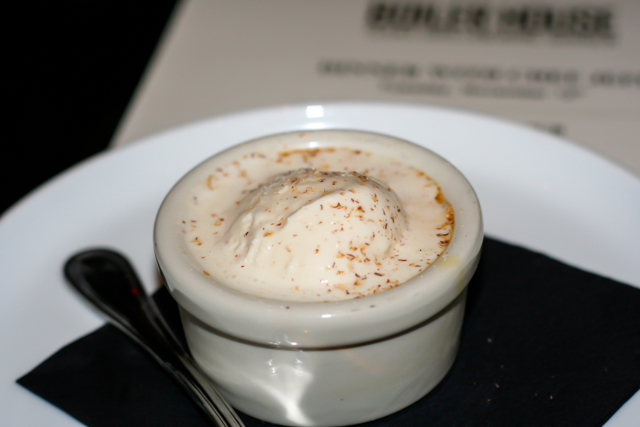 I found the entire meal to be quite enjoyable and can’t believe that the restaurant had been almost open a year before I was able to make it in. The food was top notch, and I appreciate how Chef White was able to put his style on some classic dishes. However, if you are one who is more a traditionalist, I think that you will enjoy the fare served at the Boiler House. If you haven’t visited them yet, don’t let another year pass by.

This meal was provided complimentary to SA Flavor and the other attendees at the event with Chef Jeff. Find out more about the Boiler House’s first year celebration dinner and be sure to download the recipes for some of the above items by clicking here.