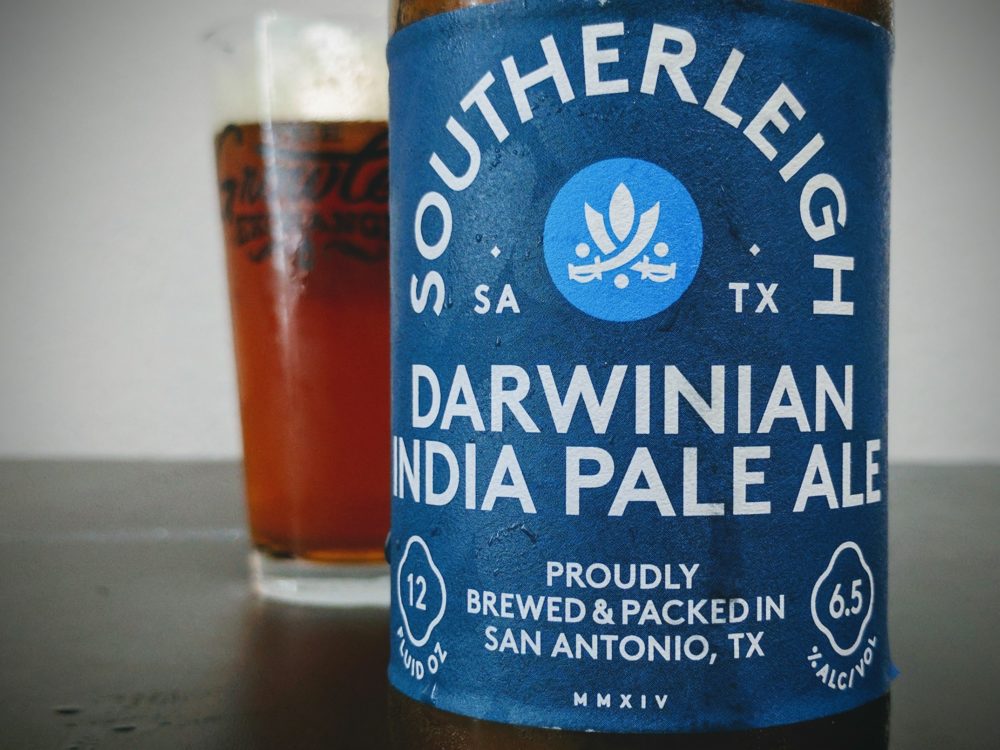 Over its 123 year history, the Pearl Brewhouse has seen more than it’s fair share of evolution. From its early heyday as one of the largest breweries in Texas, through the cease of operations during prohibition to the eventual decline of the brand, the Pearl Brewhouse has changed a lot. But it’s current incarnation to become a food destination was the output of a massive renovation and rehabilitation project. Yet brewing didn’t come back to the brewery itself until Southerleigh arrived on the scene in 2015, serving up tasty Gulf coast inspired food alongside one of the largest brewpubs in the country.

Now, it’s the beer, itself, undergoing evolution. Southerleigh’s Darwinian IPA gets its name from the fact that the brewers, led by Les Locke, allow the yeast to evolve from batch to batch. That means the bottle of Darwinian IPA you buy in August will be completely different than the bottle from the batch in June. In an age of clinical consistency, it’s kind of remarkable that a brewery would leave so much up to chance—but natural selection seems to work well for them.

As the brewers add new strains of yeast and allow biology to do it’s thing, the flavor changes subtly from batch to batch. The rest of the beer—the malt and hops—remain the same. Darwinian is a very well executed American IPA, with a heavy hop presence and delightful fruit and pine aromas. And now Darwinian is available in bottles on the shelves at your local H-E-B or liquor store.

Like most IPAs, I recommend enjoying the beer in a glass to fully experience the beer. Crack open the stubby bottle and pour it into the glass to appreciate the warm copper, almost amber – color and the thick, aggressive head that laces the side of the glass. This beer packs a strongly fruity aroma; lots of peach and some tropical fruit with maybe just a bit of pine.

The malt balances nicely with the rest of the beer, but the hops are what you’ll remember.  The brewers have chosen a very unconventional hop bill: Cascade, Dr. Rudi, Experimental Hop 07270, and dry hopped with Wakatu hops. The pleasantly bitter citrus flavor of the hops lingers. The malt and yeast flavors from the next sip do a great job of refreshing the palate and renewing the cycle.

I love to try different beers, so it’s rare that I order the same beer every time I go to a brewery. Darwinian is a rare exception—I always order it when I visit Southerleigh, so that I can taste the latest evolution. Darwinian IPA is available on tap at their restaurant and many other locations throughout San Antonio, as well as in bottles at retail distributors.