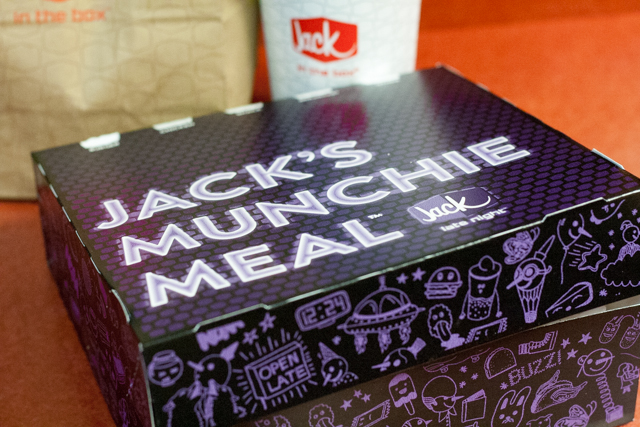 My wife calls me an advertisers dream. I’m a sucker for commercials that inspire and get the feeling that anything is possible. When a commercial pulls at my heartstrings I can’t help but feel a lump in my chest. And when something is funny I let out a laugh that echoes throughout the house. Yes, I love commercials that are done well, and I often find myself influenced to buy their products.

So when I saw the commercial advertising late night Munchie Meals at Jack in the Box, it was only going to be a matter of time before I broke down and ordered it. In fact, it only took one week.

With a dash of typical Jack in the Box wit and a heaping handful of stoner humor, I had to pause and rewind the DVR several times to watch it over again. How could this meal that includes halfsies fries, two tacos, massive sandwich and a drink be only $6?! Given that the Munchie Meals being available only after 9:00PM, I would say that they hit their target market.

Having started to count my calories with My Fitness Pal, the first thing that came to my mind the amount of calories that would be in that box. Clocking in at around 1600, I knew the inevitable dietician fallout would happen (and it did) and that I had no business whatsoever ordering a Munchie Meal (but I did).

The trick is waiting until 9:00PM to eat dinner. I decided to prep for this massive amount of calories by eating lean throughout the day, and focused on painting the interior of my house to ignore the grumbling of my stomach. When the Munchie Meal witching hour finally came, I made my way to the nearby Jack in the Box. 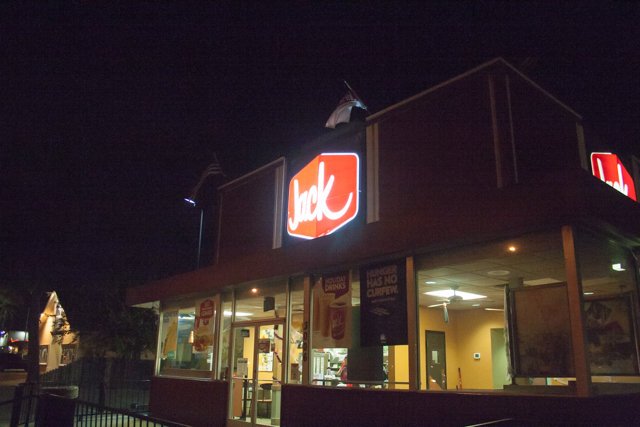 The employees are a little more slow paced at this time, but it is made up for having a more friendly attitude. I ordered my Munchie Meal with a nod of appreciation for the younger male cashier and sat in anticipation, awaiting to take my meal home.

Opening the Munchie Meal box felt like lifting the lid to a caloric Pandora’s box – I could feel my body screaming at me, “WHAT ARE YOU DOING!” But having that first whiff of the seasoned curly fries, I began to dig right in, dipping them in a Whataburger Spicy Ketchup packet I had reserved for moments like this (yes, I have Whataburger ketchup on demand). The normal fries were equally as good. 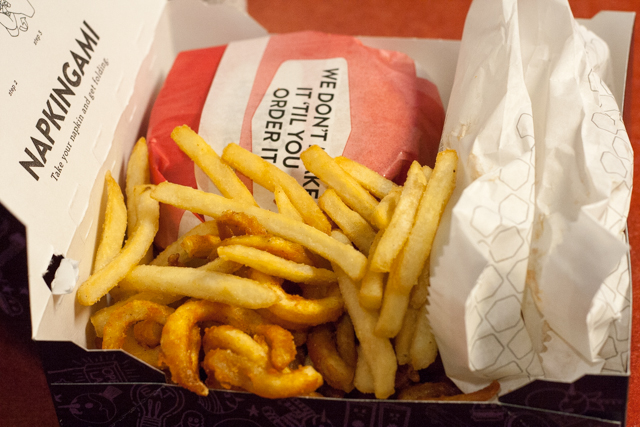 The wildcard portion of the meal for me was the tacos. I have long believed that you should stick with the cuisine of a restaurant when ordering (eg don’t get the salad at Steak ‘n Shake), and found it hard to order tacos at a burger joint. But I was happily surprised. The tacos seemed to be deep fried almost like one of those burritos we got in the cafeterias as children and had a nice tangy hot sauce inside. Only now was I beginning to understand the devotion to the Jack in the Box tacos. 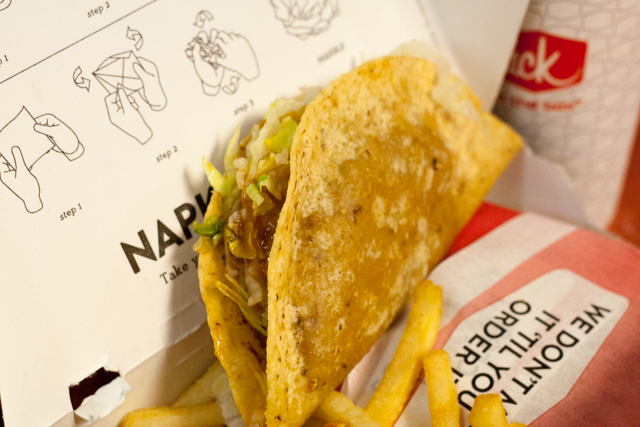 I selected the Stacked Grilled Cheeseburger for my entrée. With sour dough grilled cheese on top and a cheeseburger on the bottom, this hybrid was one of the most interesting things that fast food has rolled out since the Doritos Locos Taco from Taco Bell. Unfortunately, the image presented on the commercial looked way better than the hamburger I got in person. Then again, I doubt that the Stacked Grilled Cheeseburger could have ever lived up to my extremely high expectations. In spite of how it looked, and the paltry amount of fixins, the burger did taste pretty good. The grilled cheese was gooey and stacked on top reminded me of a queso burger that you might get around town. 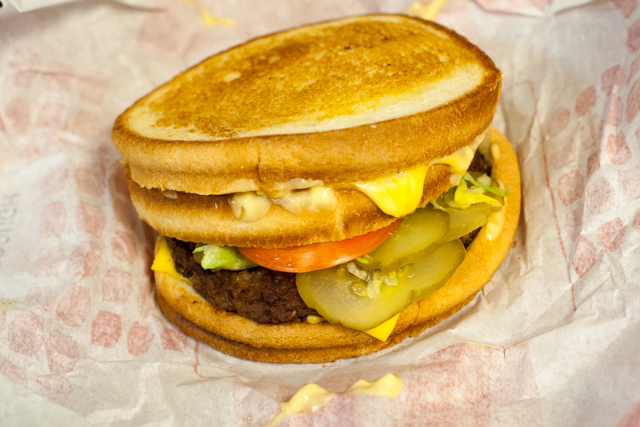 After finishing the meal, some of the guilt and shame of downing a fast food calorie monster late at night began to creep in. The exuberance for eating a ridiculously excessive meal soon turned into a pumpkin-of-a-realization for eating somewhat atypical (yet still standard tasting) unhealthy fast food. With the illusion of the amazingness of the Munchie Meal from the commercial being shattered, I opened my eyes that I am no longer in my 20s. I wonder if it is the same sensation for those stoners in the commercial as they come down from their high and see a bunch of Jack in the Box trash on the floor of their living room.