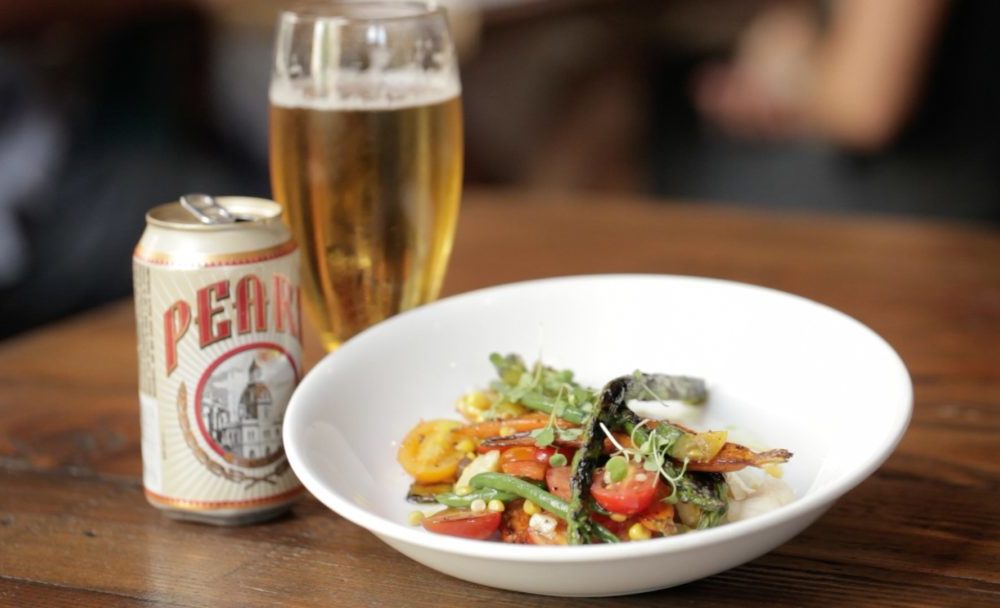 One of the things I love about blogging is the opportunity to share news with readers about projects that I’ve been hard at work on. Through maintaining SA Flavor and interacting with incredibly talented people in my day job, I’ve learned a lot about creating compelling content. Central to doing so is telling powerful stories that give the audience more than they were expecting.

A close friend and I have been eager to create a production company with the intent to dig deeper into the stories behind restaurants and businesses that we admire. Storytelling is one of the best ways to connect with the people who support your business, and we pride ourselves in presenting compelling narratives on film. It is for this reason that we created Stringlight Films, which I am proud to introduce today.

We had the opportunity to work with Chef Steve McHugh of Cured for our debut film. Chef visited with us about why staying local is so important, the other meaning behind the name Cured, how he got started curing meats and some of the original features from the iconic building at the Pearl Brewery that he was able to preserve in his restaurant.

I first met Chef McHugh at a media preview event for Lüke San Antonio in 2010. At the time, he was the executive chef at John Besh’s first restaurant outside of Louisiana. I was impressed by his charisma and authenticity, along with some of the incredible food that he was preparing.

Since opening Cured almost a year ago, his restaurant quickly became a local favorite and one of the hottest restaurants in the country—Bon Appétit recently named it as one of America’s 50 New Best Restaurants. The praise is well deserved.

The Louisiana influence on Chef McHugh is undeniable, with items like crawfish love letters, boudin noir and smoked pork gumbo (a dish that he featured at last year’s Meatopia event at the Pearl Brewery). There are a variety of dishes featuring in-season, local ingredients that the chef often picks up at the Pearl Farmer’s Market outside his doorstep. And paying homage to the restaurant’s namesake, Chef McHugh cures an assortment of meats for his charcuterie boards.

I hope that you enjoy the film and look forward to hearing what you think about it in the comments below. Stringlight Films is looking for more opportunities to work with businesses both in Texas and beyond—if you like what you see in this video, drop us an email at letstalk@stringlightfilms.com to see how we could help you tell your story.