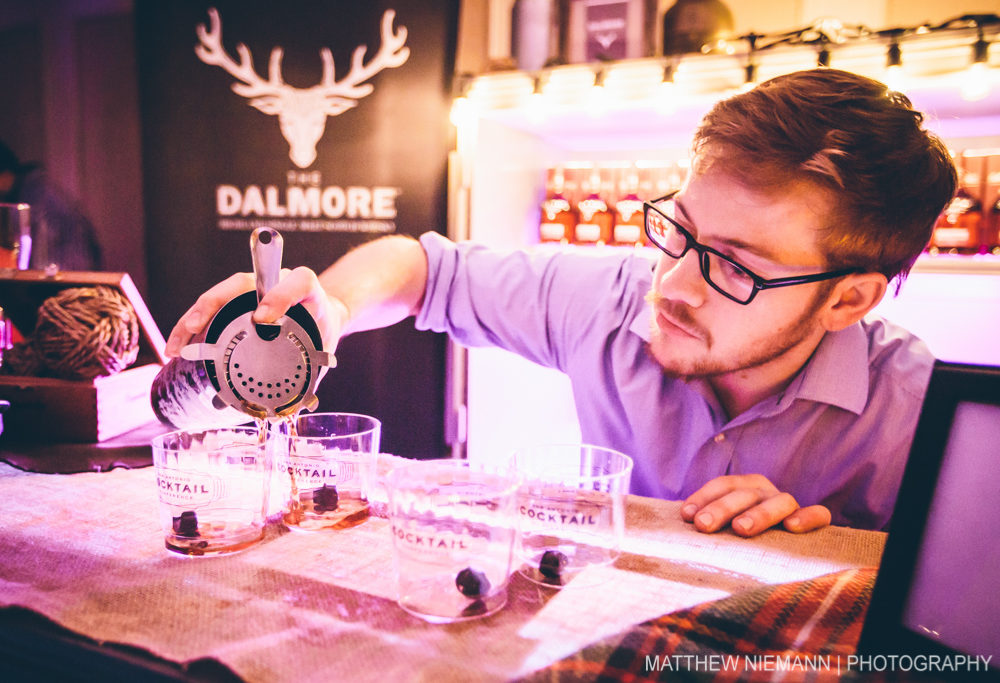 The Waldorf on the Prairie event at the historic St. Anthony Hotel lives up the classiness of its name. This San Antonio Cocktail Conference party was dripping style—from the elegant rooms, high-caliber spirits and San Antonians dressed to the nines. If the Opening Party is the place for outrageous drinks with assorted ingredients, the Waldorf on the Prairie is for spirit-forward, boozy cocktails that feature spirits you’ll want to sip neat.

I absolutely loved how they had the party divided up into multiple rooms. Each one had a completely different feel and allowed for a large amount of people to be in attendance without creating a claustrophobic environment. The live music was superb and had something for every taste: jazz band, DJ spinning soul/RB/Bowie or a cover band rocking out with the crowd in the palm of their hand.

The best part is that the Waldorf on the Prairie afforded you the environment you wanted—whether it is one that was relaxed to have a conversation or one more raucous where you could cut a rug.

George Dickel was on hand to showcase both their bourbon and rye whiskey. After being a major sponsor of Meatopia several years back, their bourbon has become my go-to whiskey of choice. I was thoroughly impressed with their whiskey sour as well as their Rusty Peach cocktail.

The sweet corn hushpuppy from Lüke San Antonio served with pulled pork was fantastic. Those hushpuppies were coming straight out of the deep fryer and were piping hot. Hopefully Chef Russ has this on his menu as an appetizer—it hit the spot.

Woodford Reserve was located in what looked like to be an ancient tavern and was the most memorable spot of the event. They didn’t pull any punches and served a classic Manhattan, complete with one of those high-end cherries (Luxardo, I think). It was one of the more chill areas of the party, with plenty of available seating to just relax.

The bourbon that was most surprising to me was Michter’s small batch bourbon. This brand has origins that dates back prior to the Revolutionary War and has been on my list to try for a while. I didn’t even bother messing with their cocktail and sipped on it neat. Michter’s will be making an appearance in the liquor cabinet very soon.

The St. Anthony Hotel team put together this inventive fried oyster that was served with a kale pesto inside a blue corn tortilla chip that resembled an oyster shell. Luckily one of the folks enlightened me that I could eat the “shell” otherwise I would’ve never thought to try it!

At the Balvenie booth they served their spirit neat, rather than even attempting to pour their fine whiskey into a cocktail. While the 15-year Sherry finished Scotch was delicious on its own, the 17-year version that was aged in both bourbon and Sherry barrels shows that two years can make a world difference.

Walking into the front part of the hotel facing Travis St. we came across the Curious Cocktail Configurator from Hendrick’s Gin that was pouring an “unusual” Negroni. Now this was a clever set up by the brand because everyone had to see how this crazy contraption worked.

More than any one else at the event, I was super impressed by the woman tending bar at the Basil Hayden’s booth. She was a brand rep who packed some teeth, not just a hired gun serving cocktails. Not only was she able to talk turkey with us about this Jim Beam small batch bourbon, she provided insightful comparisons to other brands we had questions about. Solid whiskey, even better rep—someone should give her a raise.

Noble Sandwich Co. from Austin served an incredible beef tartar with cashew puree on a homemade cracker. Now, obviously this was some highfalutin food, but if its any indication for the type of quality of their sandwiches, I know where I’m getting lunch next time in Austin.

The team from the Hoppy Monk served one of the freshest bites of the night. Their Gulf caught shrimp served with lime, a jalapeño and small pieces of popcorn made one of the most memorable “popcorn shrimp” I’ve ever had. I loved how the tang of the lime, spice of the pepper and buttery-ness of the popcorn all worked together—and the shrimp tasted like it was caught that morning.

When in San Antonio, you have to order a margarita and the one by Roca Patron was outstanding. Leave the sugary-sweet mixers at home—lime, sweet and the premium line of Tequila from the Patron brand made for the super fresh margarita that I love. But what was more exceptional was how they transformed the valet space on the outside to a uniquely Patron experience.

The Waldorf on the Prairie proved to me to be the event of the Cocktail Conference. All the best brands. All the best food. And tons of live music. Start saving up now—you won’t want to miss this event in 2017.

Check out all of the SA Flavor Cocktail Conference coverage from this year and year’s past. Thanks to the SACC for letting us attend as media again this year!