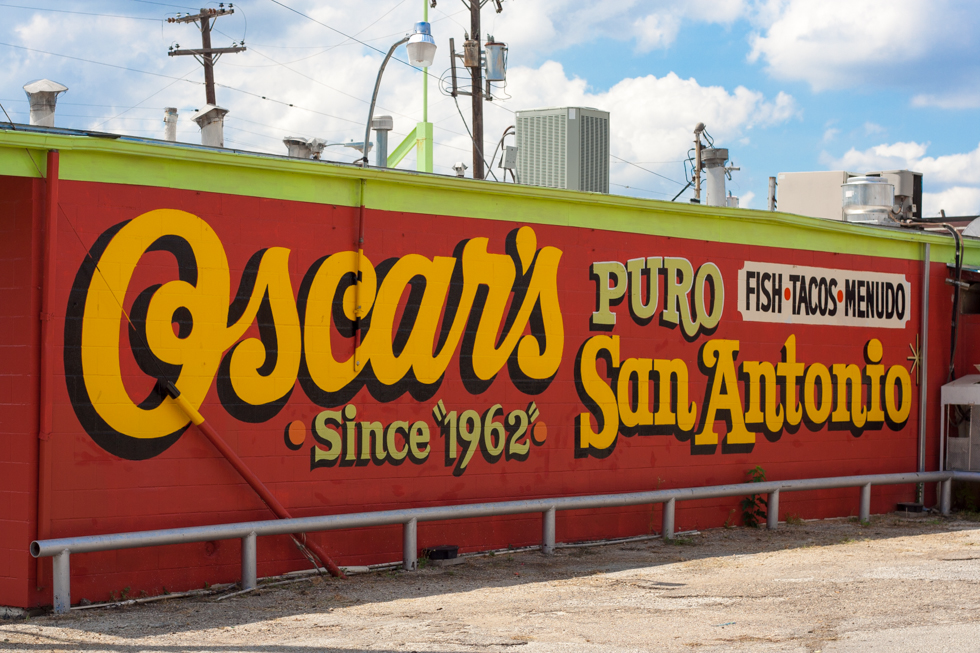 The cheese enchilada is the dish that I judge all Tex-Mex restaurants on. While derided by some as being either “too simple” or “one dimensional,” this meal is hard to pull off. While just a tortilla, cheese and guisada gravy, transforming it into something spectacular is hard to do. In my never ending quest to find the perfect cheese enchilada, I found myself at Oscar’s Taco House.

Oscar’s is another restaurant on San Antonio’s Westside that looks as though it was a former drive-in with a large overhang out front that makes me imagine carhops would deliver the food. As an aside, I would be interested in learning why the Westside had this huge drive-in culture. Was it because it was so close to the Mission Drive-In Theater or is it because there is a car culture there? If you, or anyone you know, could give me more information, please be sure to leave a comment.

At any rate, the outside of Oscar’s looks like a complete dive – the “E” is missing from “House” on the neon sign, the siding is that dark red tin you find on old abandoned barns and you can read the entire menu on the signs outside with a sign instructing you to turn on your lights for service (I am not sure if they still would come out to your car or not). 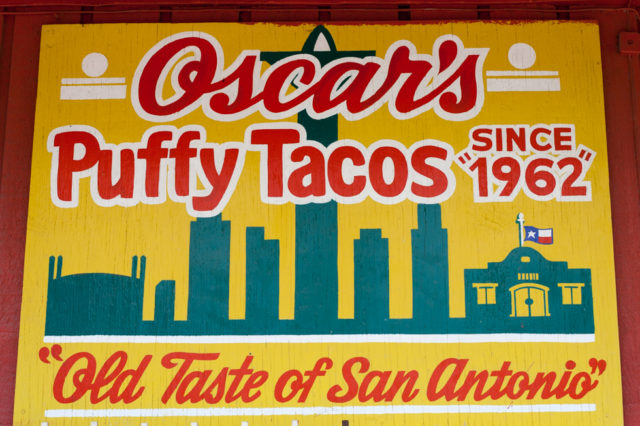 However, as soon as you walk inside you are in a very clean environment with booths around the edges and long tables in the middle. Decorations and paintings look as though they were purposefully placed in their position as opposed to hodgepodge of ephemera at nearby Ray’s Drive Inn. Since most of the booths were crowded, my friend and I took a seat at one of the spaces in the middle of the restaurant. There was a group of abuelitas at another one of the tables in the middle with their plates completely cleared off; it seemed like they meet up at Oscar’s regularly.

At this point in time I have to apologize to the readers of SA Flavor – I have been holding out on telling you about Oscar’s for more than a couple of months now. My birthday is at the end of April, which is perfect because NIOSA is the greatest party to celebrate it; a tradition of mine is to always go eat some nice and heavy cheese enchiladas. This past year was no different and Oscar’s was the place I chose to celebrate even though I had never been there before. A vacation to Peru delayed me writing about Oscar’s until now because I had to go back to make sure I did it justice.

While I knew I would be ordering the cheese enchiladas, one plate jumped out from the menu: The Sleeper. This eight dollar plate comes with two cheese enchiladas, puffy taco, chalupa, rice, beans, tortilla and a guaranteed nap two hours later. Not one to shy away from some poco de todo, I ordered the plate, calories be damned.

I have been on a string of getting solid puffy tacos and found Oscar’s to be excellent as well. Although the fried tortilla didn’t last as long as the puffy taco at Ray’s or Teka Molino, it didn’t immediately disintegrate in my hand either. If it is not on your table, be sure to ask for both the orange and green salsa; I prefer the orange colored salsa on the puffy taco. When I asked what type of pepper was in the orange salsa, the waitress informed me it was made of “secret peppers” – I am going to guess it is a guajillo, but the only thing I am sure of is that it was spicy.

While the chalupa was standard, the shining star of the plate was the cheese enchiladas. Somewhere under the gravy and mound of cheese, two red tortillas were buried. There were big chunks of meat inside the thick gravy, feeling as though it was more of a chili than an enchilada sauce. There was a bunch of the easy melt cheese, the kind of cheese that stays soft and viscous throughout the meal, piled on top. 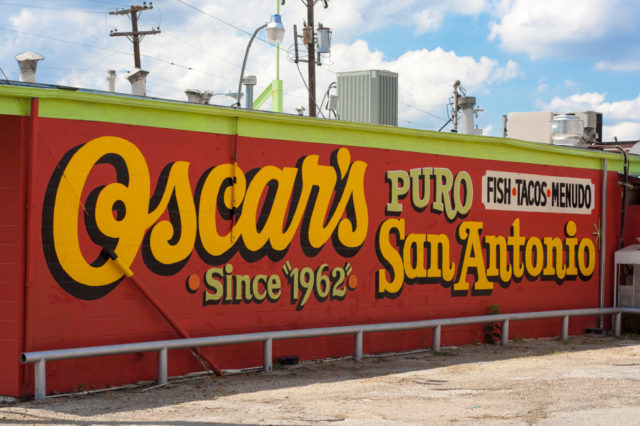 The cheese enchiladas at Oscar’s Taco House immediately leapt into my top five in San Antonio, rivaling even the enchiladas Tejanas at Tito’s. In spite of being on a budget as well as trying to be a little more conscientious about the food I eat (I am seeing the post 30 metabolism slowdown and can no longer have Tex-Mex upwards of three times a week without feeling it), I have already made a return trip for these enchiladas. If you are as passionate about cheese enchiladas as I am, or if you are craving them at the moment, give Oscar’s Taco House a shot.