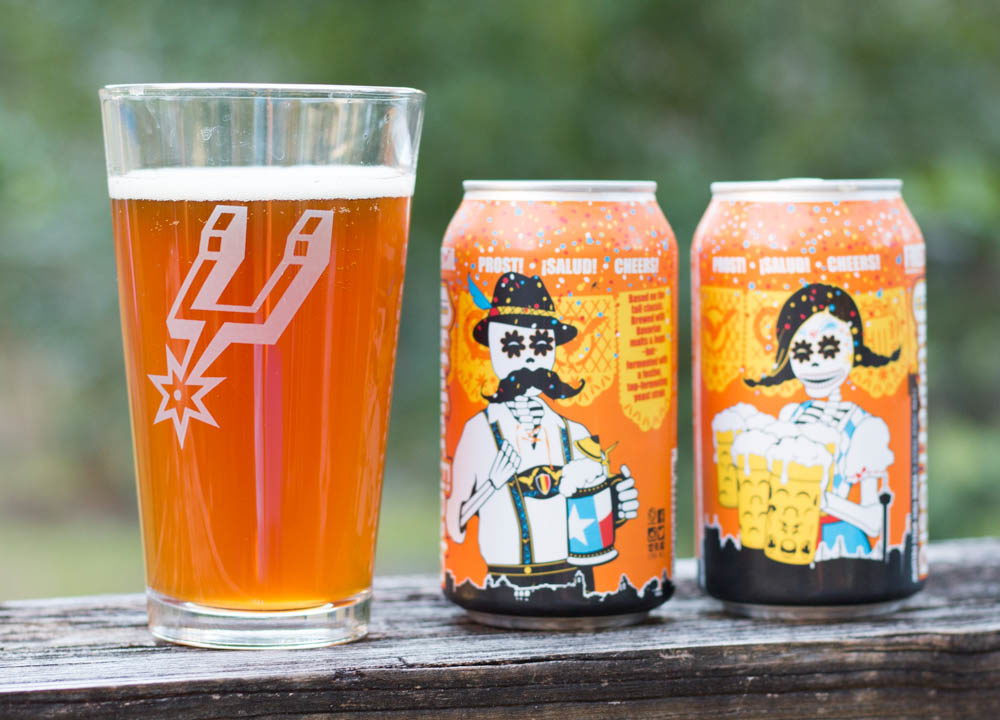 It’s officially Fall and the seasons are changing—at least that’s what the people who live in places with seasons are telling me. The city of San Antonio is bracing for highs “only in the mid 80s,” and this Kansas City native is looking for something to help me into the autumnal spirit. Freetail Brewing Co’s OktoberFiesta is just the beer for the job.

Under German brewing laws, a traditional märzen is a malty lager historically brewed in March (hence the name). The beer is stored for several months while the bottom-fermenting lager yeast does it’s delicious biological thing to the beer until it’s ready to be tapped in late September, at the local Oktoberfest. But OktoberFiesta isn’t a traditional märzen; this is Freetail’s take on the style.

Skip the fancy ornamental flap-lid beer beer stein, and get out your favorite glass mug to fully appreciate the warm, caramel color of OktoberFiesta. The beer is hazy in the glass, with a white head that dissipates quickly, leaving a slightly effervescent beer. OktoberFiesta starts as a traditional märzen, which is very apparent in a glass. The aroma is of bread, spices and just a hint of banana. I also caught a foreshadowing of the Belgian yeast—but more on that later.

OktoberFiesta has a delicious, sweet taste with a bit of caramel, a lot of malt, a bit of bitterness and nice surprising Belgian finish. It has all the spiciness associated with an Oktoberfest beer, but with a Belgian twist. The banana and clove flavor that’s from a German beer are there, but they’re are masked by the tell-tale bubblegum flavor common in Belgian beers. All told, the yeast adds a new dimension to the style which, as one friend put it, can “taste like a bowl of Wheaties.”

I found OktoberFiesta to be medium bodied beer, perhaps a bit more effervescent and dry than the rest of the Oktoberfest lineup. This is a beer more suited to the warmer temperatures of San Antonio’s Oktoberfests than those in Bavaria.

Read about one Texan’s trip to Oktoberfest!

It’s Oktoberfest season, so there’s be plenty of opportunities to try Freetail’s novel version alongside the extremely traditional märzens from Bavaria. Spaten, Paulaner and Hacker-Pschorr are great representations of the style from German brewers who have been making these beers for centuries. Real Ale, Southern Star, Oasis, St. Arnold’s and Karbach all have excellent Texan takes on the style.

In San Antonio, we’re down for a fiesta, whether it’s in April or October. So as the weather finally gets cool(ish), OktoberFiesta is the perfect pairing for the season.