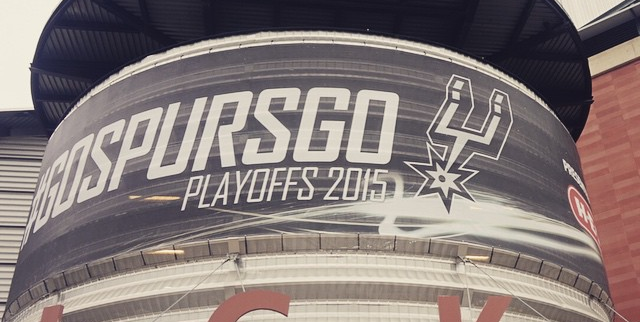 Every game counts for something—but the next few will count a little extra for the San Antonio Spurs and the rest of the clubs that qualified for the 2014-15 postseason. The Silver and Black open the playoffs on the road against the Los Angeles Clippers, but what should we expect from the series?

The Spurs have the superior defense, but there will be plenty of firepower keeping said defense occupied. Led by Blake Griffin’s 21.9 points per contest, Los Angeles had six different players average double-figure points this season. One of them, Jamal Crawford, is a perennial contender for the league’s Sixth Man of the Year award.

So the Clippers have weapons and depth. They even have a little postseason pedigree after two conference semifinals appearances over the last three years. That may not compare favorably to San Antonio’s extensive playoff experience, but it’s been enough to keep L.A. in the title contention conversation all season long.

More on SA Flavor: we explain that Spurs postseason magic

The Spurs swept L.A. from those semifinals back in 2012, ending what was at the time the Clippers first playoff appearance since 2006. Meetings between the two teams have certainly grown more competitive of late. The two clubs split their season series at two games apiece.

Both head coaches—Gregg Popovich and Doc Rivers—have won championships, and both of their squads understand what it takes to succeed in the playoffs.

Here’s a look at how the teams match up at each position. This should be good.

Yes, Tony Parker has an NBA Finals MVP to his credit. And yes, Parker remains one of the very best floor generals in the league. But he’s also had an on-and-off season thanks to ailments that interrupted his rhythm throughout the season. And more importantly, he’ll be facing off against Chris Paul—a borderline legendary point guard in his own right.

Paul averaged 19.1 points this season and led the league with 10.2 assists per game. Both marks easily surpassed Parker’s production. That could all change in the playoffs, but it won’t be particularly easy.

Green and Redick may well be their respective teams’ X-factors. They’re the designated shooters, the three-point threats, the guys who keep the floor spaced and reward all that ball movement with timely long-balls. While Redick’s career-high 16.4 points per contest outpace Green’s mark of 11.7, this matchup won’t be about offense exclusively.

Green is a much better defender, and we’ll see him guarding each of L.A.’s perimeter threats at some point. That stopping ability could well be the difference in a series potentially defined by outside shooting.

Sure, it’s a lopsided matchup. Leonard is the reigning NBA Finals MVP and an emerging star in the league. Barnes is essentially a utility guy who plays some defense and spots up for corner-threes. That said, don’t sleep on Barnes.

He can make open shots and use his length on the defensive end (and in transition). By comparison, however, Leonard is a significant difference-maker who’s played the most consistent ball of his career since the All-Star break.

Griffin is the better scorer at this stage of his and Duncan’s respective careers. And he can score in a lot of ways—using his athleticism at the basket or confidently knocking down midrange jumpers. Griffin’s ability to elevate makes him a constant danger, even in half court situations.

Fortunately, Duncan remains one the league’s elite interior defenders. Should he slow Griffin down at all, it would be a small victory. With nearly two blocks per game on the season, Duncan’s ability to help on defense and protect the rim also factor into any comparison.

So too does his ability to contribute 15 to 20 points per contest with his extended minutes in the playoffs.

Griffin may come out ahead in the numbers and sheer talent departments, but Duncan’s IQ and historic record of success can’t be ignored here.

Splitter is a fine rotation player, but many of his minutes will inevitably go to Boris Diaw and Aron Baynes. It will take all three bigs to keep a rested body on Jordan, a rebounding monster who can flat-out control airspace around the basket.

DJ averaged 11.5 points, a league-leading 15 rebounds and a more-than-solid 2.2 blocks per contest. Splitter can’t compete with that, but it’s worth noting Jordan’s struggles at the free-throw line. Given Popovich’s predilection for sending poor shooters to the line intentionally, the hack-a-Jordan strategy may figure prominently into late-game situations.

Jamal Crawford will be the single best reserve in this series, but the Spurs have a handful of reliable role players at their disposal. Manu Ginobili still has some gas in the tank, and Marco Belinelli has been an absolute beast from the three-point line.

With Cory Joseph and Patty Mills creating a nice two-way tandem behind Parker, San Antonio should have the better secondary, albeit by an inch. Crawford can cause all kinds of damage all by himself, and there’s almost no way to defend it.

They’re both great, but one is an icon. Popovich is the league’s best active coach, end of story. But this postseason, Rivers could add to his resumé during in a big way. He knows how to get the most out of his guys, and there’s a reason L.A. brought him in to manage the CP3 era. Popovich and Co. will have their hands full with a well-coached squad.

Overall, the Spurs may have a slight edge from the outset—if only because of the rhythm they established on a recent 11-game winning streak. But the Clippers also won nine of their last 10 games entering the playoffs, so prepare for two clubs at their very best—quite possibly seven games of it.

Here’s the schedule for this first round.