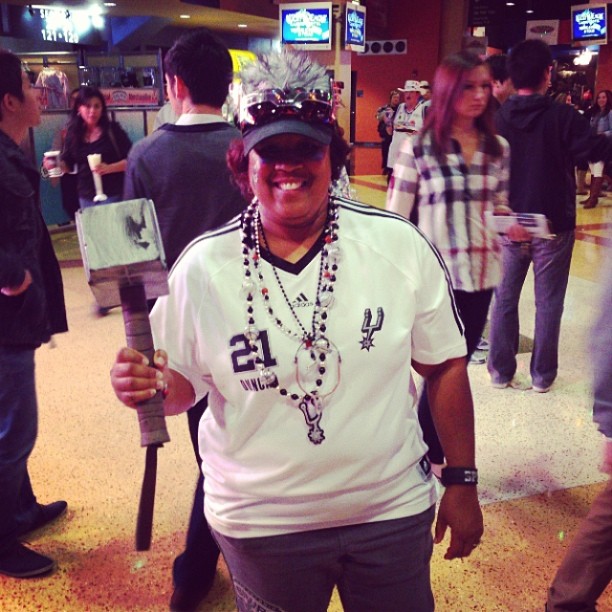 With the cold front rolling in, I got sick and missed going to the game this past Wednesday which ended up being a thriller. But I had last night’s game on lock down and was able to take my friend Ray to kick off his birthday celebration weekend (you remember Ray’s article on traveling to Germany for Oktoberfest, right?)! Here were some of the things that happened that you might not see on the stats sheet.

Final Score: Spurs 76 – Warriors 74. With such a blistering start to the first quarter, I was surprised that this score ended up so low. Patty Mills once again nailed a big shot. We have got to work on our free throws; the ending to this game had eerily similarities to The Game That Shall Not Be Named from last year.