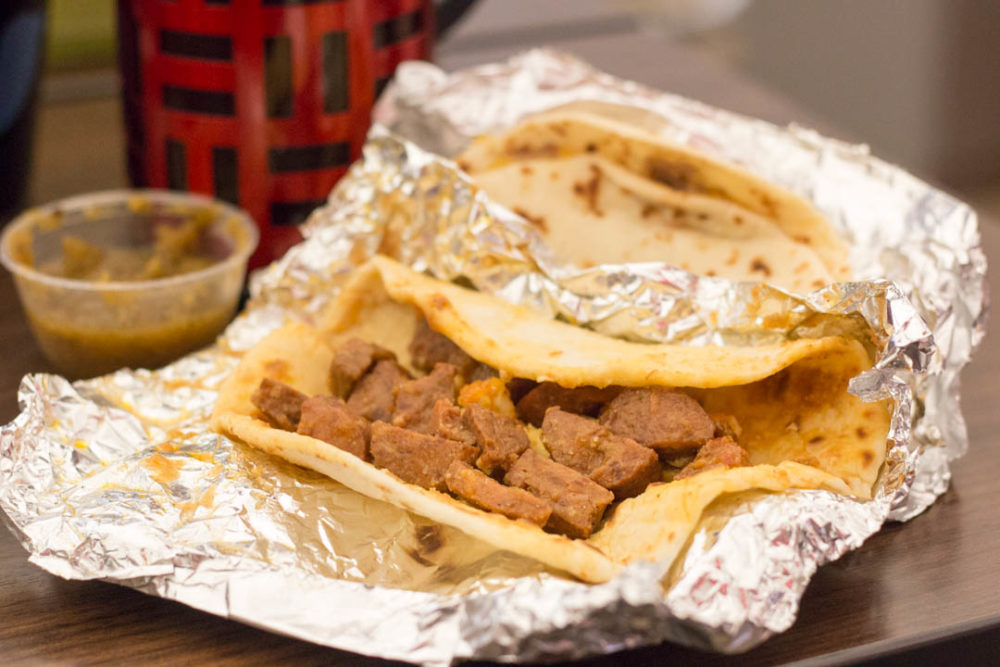 Hell hath no fury like South Texans who are are told that Austin is the “home” of breakfast tacos (thanks for the quote Gary Cooper). At least that’s what one author found out when he published his article on Eater called How Austin Became the Home of the Crucial Breakfast Taco. Predictably, Twitter exploded in San Antonio and a petition was created to have the author removed from Texas due to “taco negligence.”

Not to mention that Texas Public Radio’s Joey Palacios, feels the author deserves a fate worse than death:

@MrGaryCooper @MikeBoard1200 He deserves unpleasant things to happen. Like not getting enough salsa, or factory-made tortillas.

But placing Austin as the “capital” of the breakfast taco has been a narrative that the media has been telling for over six years now, notably with an article appearing in the paper of record. And it’s time for it to stop.

When @tacosoftexas says Austin is the Breakfast #Taco Capital of the World, I be like this. #tacobattle #sananto #sanantonio #saflavor #satx

San Antonio has more quality breakfast taco joints than Austin has vegans and Californians combined. You can literally drive a mile or two outside your house and stumble upon a place that serves a tasty taco on a homemade tortilla. And as a person originally hailing from West Texas, I can tell you that’s something remarkable—and something my parents remark on any time they visit town.

Show your taco pride with some of awesome SA Flavor stickers!

What follows is a tweet storm—thirteen rapid fire 140 character messages—that I sent out explaining my position that are inter-sprinkled with some clever commentary that folks replied to me with. Plainly put, San Antonians shouldn’t let our countryman (and fellow Texans) think that Austin has cornered the market on breakfast tacos. Let me know what you think.

1/13 This tweet storm is regarding the furor in San Antonio over the Breakfast Taco @EaterAustin article: https://t.co/lxgGmF7Whu #satacos

@saflavor How in the hell can you use the handle "SA Flavor" and be a fan of Taco Deli? That place is dreadful.

3/13 But somehow the media (I'm sounding like a politician) feels Austin is the owner of this space. That is categorically false. #satacos

5/13 And that quote was in the PAPER OF RECORD! No wonder our fellow Americans are confused! It's time to change the narrative. #satacos

6/13 This notion that Austin has a better breakfast taco scene than San Antonio is absurd—like comparing the "Toros" to the Spurs. #satacos

7/13 We are the city that has the perfect hangover cure in @drinkbigred and Barbacoa (and a song about it): https://t.co/Gr1BmpGnup #satacos

Where else are you gonna get barbacoa and donuts for under $10, such as Original Donut Shop? Exactly. #purosananto https://t.co/TVksyZuUGa

10/13 We are the city where homemade tortillas are the norm, not the exception to the rule—using store bought tortillas is treason! #satacos

11/13 And rather than having a handful of "go-to" places, there's a 95% chance amazing tacos are less than a mile from your house. #satacos

12/13 So let's rise up together and reject the notion that Austin is the "capital" of breakfast tacos and claim what is ours. #satacos