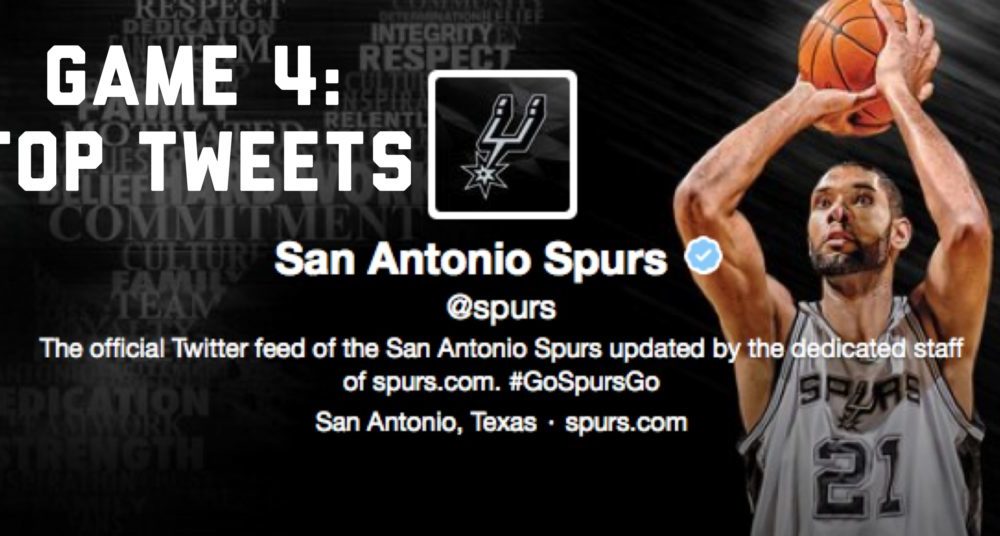 Here are some of the best tweets from the Spurs Game 4 win against the Mavs yesterday! Did you know @SAFlavor is on Twitter as well? Give us a follow!

Skip Bayless has been giving a lot of Spurs love this season – nice to have a person in the national media who likes us.

I’m sticking with the Spurs in G4, but they have created an arch-rival monster. This will be an uphill battle.

Local artist Robert Tatum made a cool graphic for the game.

All Spurs fans rejoiced a little bit when this guy was spotted in the Dallas crowd.

Then the whole Spurs Twitterverse blew up when Dejuan Blair kicked Tiago Splitter.

Blair can be a Mav. Not @spurs material #GoSpursGo

I think a lot of people woke up their neighbors like WOAI’s Randy Beamer at the end of the game.

And then there’s this picture…