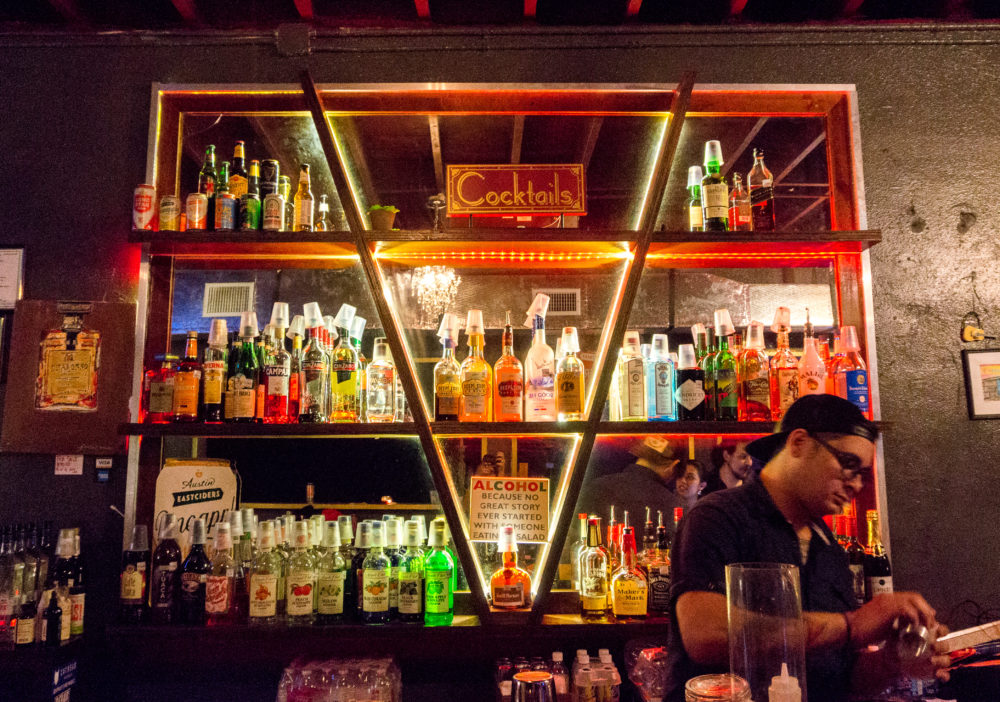 Way back in early 2008, pre-dating the expensive condos, trendy restaurants and a major Riverwalk expansion, there stood a tiny establishment at 1011 Avenue B where folks could get their rock fix. The past iterations were easily forgettable to most San Antonians until a small contingent of rock’n’rollers breathed new life into this strip and established what is now an ongoing legacy that continues in the form of The Ventura. But not many know about the history inside those walls.

The trio of Brandon Hicks, Jordan Williams and Colin Wells opened The Warhol—which was later renamed The Ten Eleven—in spring 2008. Hicks and Williams both played in the now-legendary punk band Red Reverse, and they had long envisioned a place to call their own where they could invite their friends over to party and perform.

To help make their dream a reality, they tapped Michael “Mikey Vibe” Carrillo in the very beginning to help equip the newly-formed club with a stout sound system. Carrillo came from a diverse musical background—he performed locally with some hardcore bands right out of high school and he cut his teeth running sound and booking bands at his family owned DIY venue called The Lab. These skills proved to be essential and necessary as the group relied heavily on Carrillo for club operations while they all resigned themselves to adulting (i.e. marriage, babies, mortgages).

Over time, Carrillo took on more responsibility and involvement in decision-making. He was a veritable human Swiss-army knife who ran sound, bartended, bar-backed and ran the door. And after a successful eight-year run, the owners decided to hang it up and opt-out of their lease, thus closing the chapter of The Ten Eleven in April 2016. Fortunately for us, they entrusted the legacy of 1011 Avenue B to their friend and colleague Mikey Vibe, which is where the story of The Ventura commences.

Carrillo had a unique vision on what he wanted the bar to become. The venue was shut down for a couple of months while he executed on part of that vision. Chiefly, and much to the delight of us South Texans, he replaced the window units with central air conditioning. Updates were also made to the interior décor—there was the addition of tall boy tables, swanky chandeliers and locally-sourced art. Out on the infamous patio, Carrillo installed an outdoor bar and speakers along with signage to attract patrons in through the river-access gate.

But in spite of all the massive transformation, The Ventura managed to maintain the grit and character of the Ten Eleven while adding a touch of elegance and refinement.

Open just a hair over a year, The Ventura has established itself as a go-to spot for many of the area’s new tenants. Since opening, Carrillo achieved a major milestone of acquiring a liquor license in June 2017. The bar now offers an array of craft cocktails for even the most sophisticated palette, in addition to a wide selection of Texas craft beer or wine to suit any preference.

Aside from the insanely great beverage offerings, the Ventura continues to foster an immense music and art culture. Carrillo, who is also longtime musician who currently lends his talents as vocalist/guitarist to Deer Vibes and Michael J. & The Foxes, is committed to enhancing art through varied experiences throughout the week. Carrillo describes the Ventura as a “college radio bar,” where one can find their preferred flavor or genre on any given night. Weekends are mostly reserved for original local or touring acts, and the club hosts ongoing events, including weekly jazz and open mic nights.

The Ventura is certainly taking advantage of the updated patio area, where visitors are occasionally treated to stripped-down “patio sessions” hosted by local musicians. Other times, one might find artists creating in real-time while bar-goers look on. Obviously, the next logical weekly installation would be a kick-ass karaoke night, so we’ll have to wait and see what Carrillo has in store.

Yep, the urban landscape sure has changed considerably since Carrillo was absorbed into the 1011 coil over nine years ago. When posed with the question of what’s on the horizon for the Ventura, Carrillo offered a simple, yet poignant, response: “I want to create an environment that is accessible to everyone.” With a liquor license in hand and a spectacular assortment of non-stop entertainment, he is well on his way to achieving long-term success in his first endeavor as a proprietor and entrepreneur.

I’ve spent many late nights bouncing around that small stretch between VFW 76 and E. Jones Avenue, and the gravity of 1011 Avenue B never failed to draw me in. The Ventura is designed to not only attract an audience, but to keep them coming back; it’s the true Rock n Roll mecca that transcends the normal pub-fare. When you find yourself navigating the abundance of trendy hot-spots, make it a point to stop by the Ventura – grab a cocktail, support our local talent, and offer up a high-five to Mikey Vibe for keeping the legend alive.