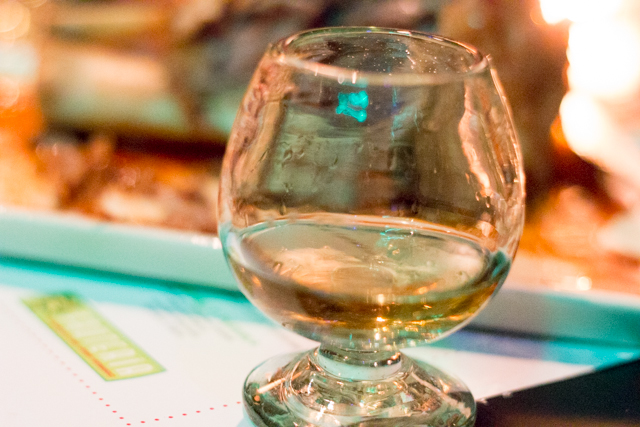 Last night I was asked to attend a limited edition tequila tasting at Chef Johnny Hernandez’s Fruteria on South Flores. Tequila Herradura partnered with Chef Johnny to have a four course meal paired with different tequilas, including their special Colección de la Casa tequila, a reposado aged for 11 months in American white oak and finished for three months in a French cognac barrel. Herradura has developed this special line of tequilas that rotate out yearly around this time. Last year was a tequila finished in a port barrel and the rep already said that have plans for the tequila next year. Here are some of the sights from the event at the Fruteria last night. 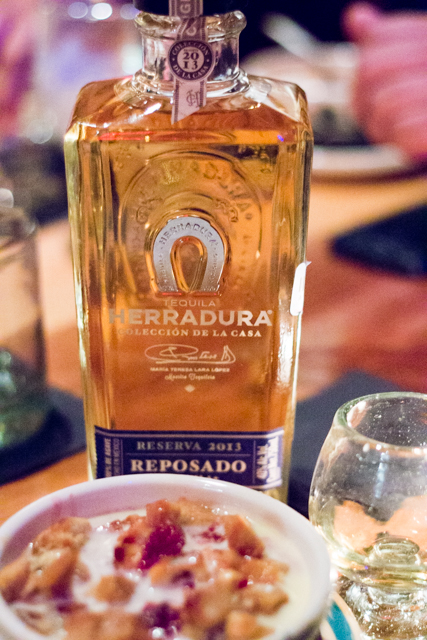 We kicked off the evening with a special Crancherrie Christmas cocktail that was light and fruity with a peppermint rim. Be on the lookout for this recipe in an upcoming Southern Living magazine, it will put you in the Christmas spirit and maybe make you hear some sleigh bells ringing! 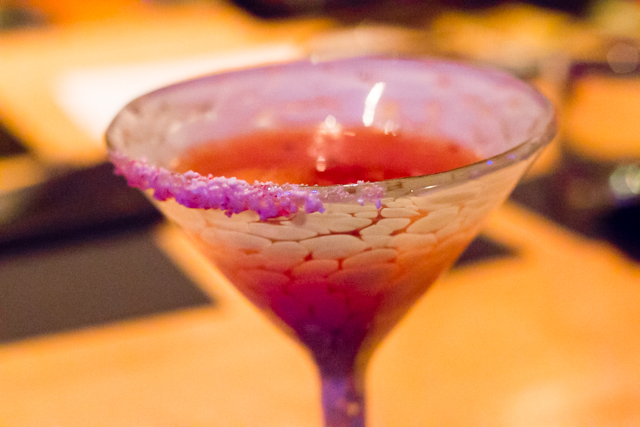 This cocktail was paired with a halibut served with mole amarillo, roasted pineapples and tomatillo salsa. 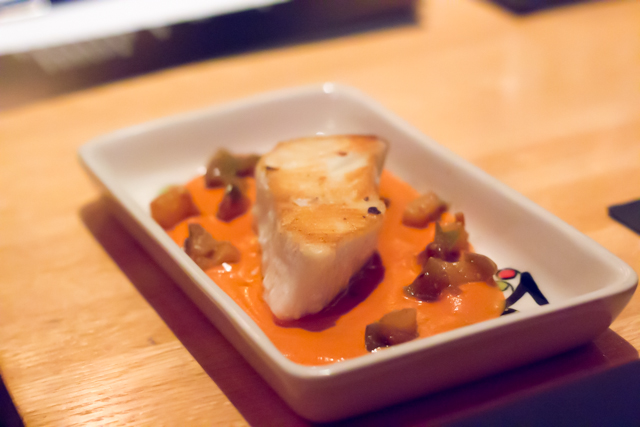 I found the Herradura silver tequila to be very smooth with a little bit of spice. This comes from the fact that the distillery uses 75% lowland agave (which is more spicy) and 25% highland agave (which gives a more floral taste). It was paired with a quesadilla served with mole coloradito and topped with royal trumpet mushrooms. 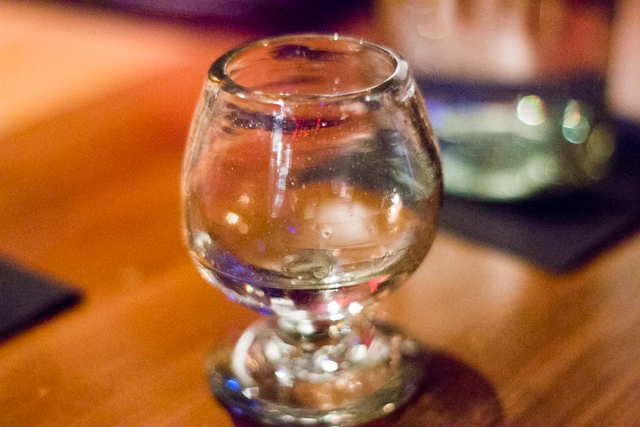 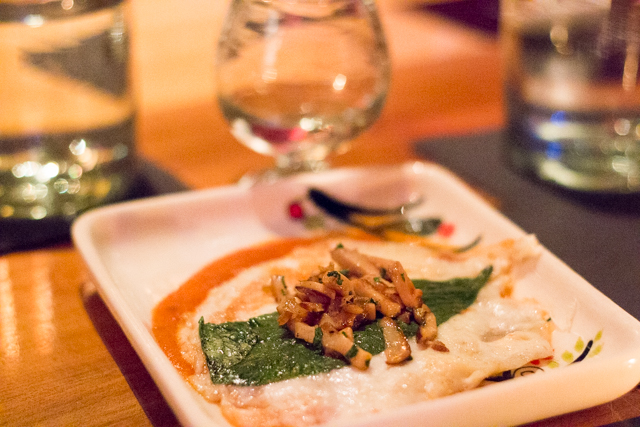 The double barrel reposado tequila is one special thing that Herradura does. After aging the tequila for 11 months, they let buyers sample tequilas with different profiles from different barrels. Upon making their selection, the tequila is moved to a new barrel for a little while before being shipped out for consumption. Chef Johnny has gone through eight of these barrels so far and he mentioned that he looks for a tequila with a traditional structure of spice and herb finish, while leaning toward the fruit side with the aging wood imparting vanilla notes. 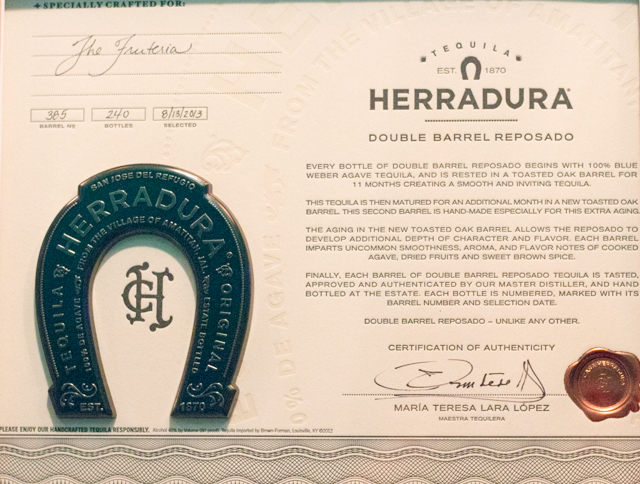 This reposado was paired with a fantastic pork shank. Not only was it as big as your arm, it was incredibly tender with a nice garlic flavor. 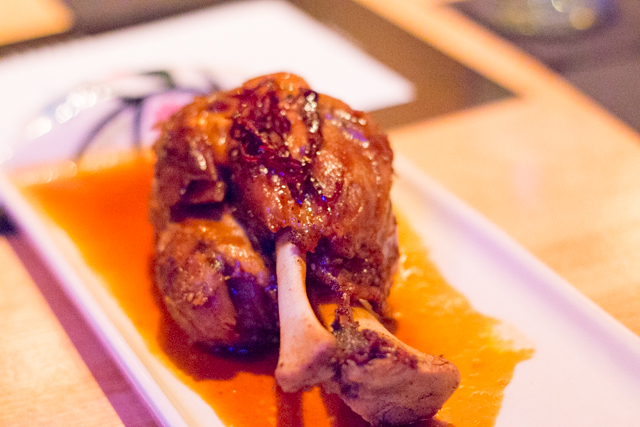 There was even a bonus cocktail called the Moretón – made with season berries, lemon and Herradura tequila, this cocktail was sweet without being to sugary. 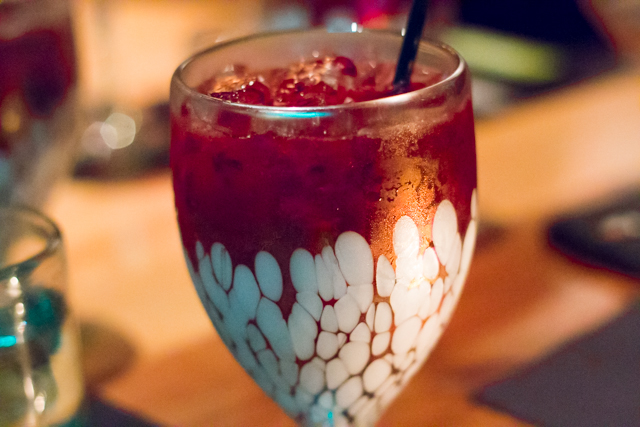 We ended the night with the special cognac finish tequila that was paired with postre capirotada de fruta, or a bread pudding. This limited edition tequila is a little pricy (around $90 a bottle), but could make a nice gift for that hard-to-buy spirit fan in your life. 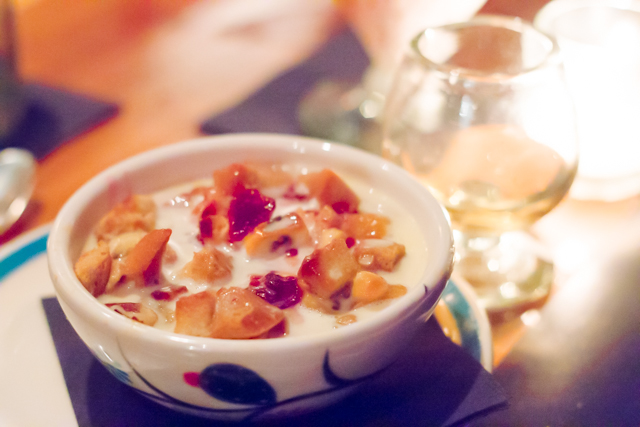 Finally, I was sitting and talking with a friend who was going to interview Chef Johnny for an upcoming article when the chef came out and started talking with us all. I’m not going to spoil her article, but we got to sample another mezcal based cocktail called Cenizo. This would be a great gateway cocktail for all you folks interested in mezcal but who have not tried it yet. 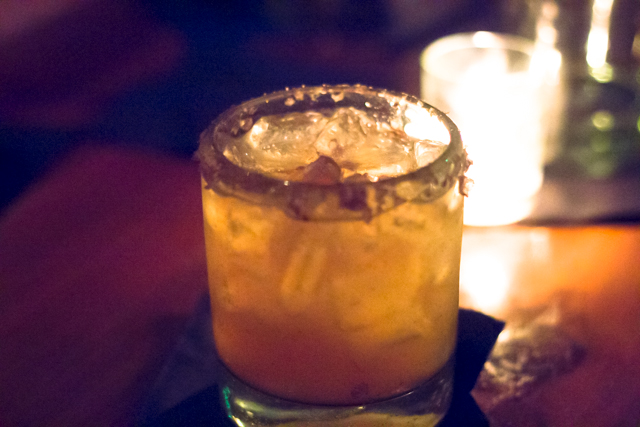 I am amazed at how much energy Chef Johnny has, how many irons he has in the fire and how he can still take an additional 45 minutes out of his day to visit with you. A trip to the Fruteria or La Gloria always leaves you in a better mood than when you went in.

Tequila Herradura provided the opportunity to attend this limited tequila tasting event. Find out more information here on the once a month brunch by Chef Johnny called Domingos at Casa Hernán.