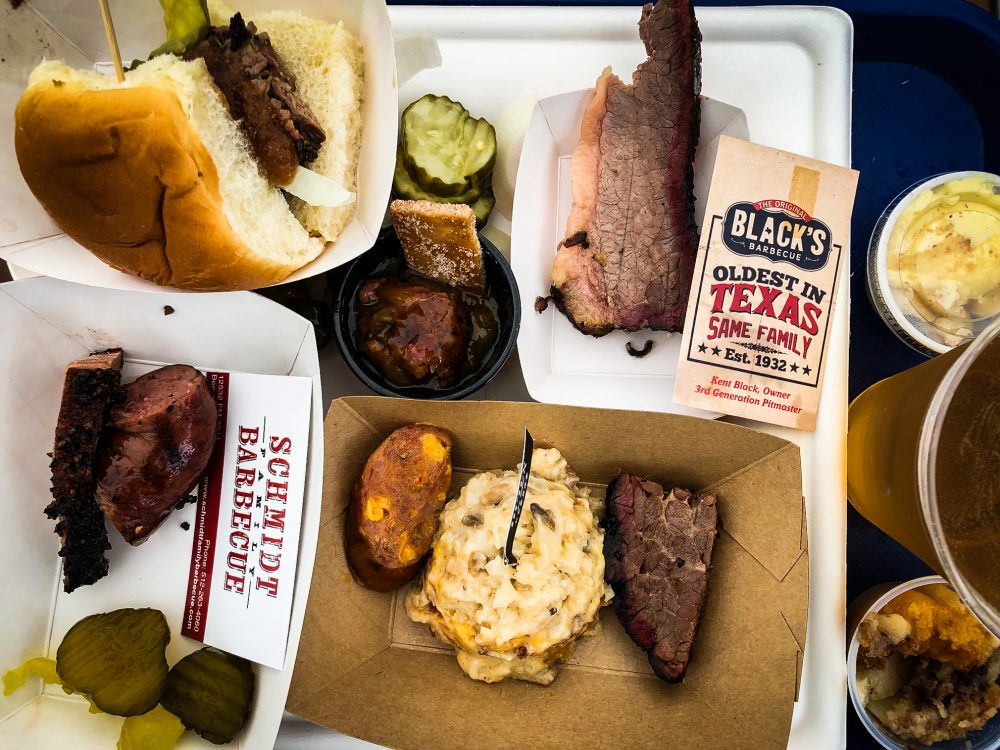 This time of year is crazy for me—not only is it Fiesta Medal season, it’s SXSW at neighboring Austin just up I-35. And as a person who covers both food in San Antonio along with being a digital marketing consultant for tech companies, I have to make the quick trip North!

I kicked off SXSW 2019 with a BBQ Crash Course in nearby Brush Park. As a Texan, BBQ is definitely one of the food groups (along with Tex-Mex, chili, Ruby Red grapefruit and Shiner beer), and I enjoyed getting a little taste of four well-known establishments.

My favorite brisket of the day had to go to Louie Mueller Barbecue—they made a nice little slider out of the point cut of the brisket. The fat was rendered just right and if I had any room left in my stomach I would have gone back for more. The only drawback: why did they put this salsa/bbq sauce on top?!?! That was OK—the brisket was solid enough in spite of this.

Lockhart’s own Black’s Barbecue was in the house with the fourth generation pitmaster on site. The brisket was very good—I just wish I got a little more in my tray! Not gonna lie, that peace cobbler/sausage collab was kind of a miss.

Opie’s BBQ really shined with the spicy, cheesy sausage and the sides—a kind of loaded potato salad with brisket along with one of the most fantastic banana cream pie desserts I’ve ever had. It was light and fluffy, and for a person who’s not the biggest banana cream pie fan, I managed to grab one more on the way out.

Rounding out the group was Schmidt Barbecue—while I found the brisket pretty tasty, it was their sausage that stood out! I also liked their sweet pickles and onions that accompanied the meats.

Once again, the BBQ Crash Course proved to be tasty for Texans and most definitely educational for all out-of-state visitors. I’m excited to see what comes about the rest of the conference!