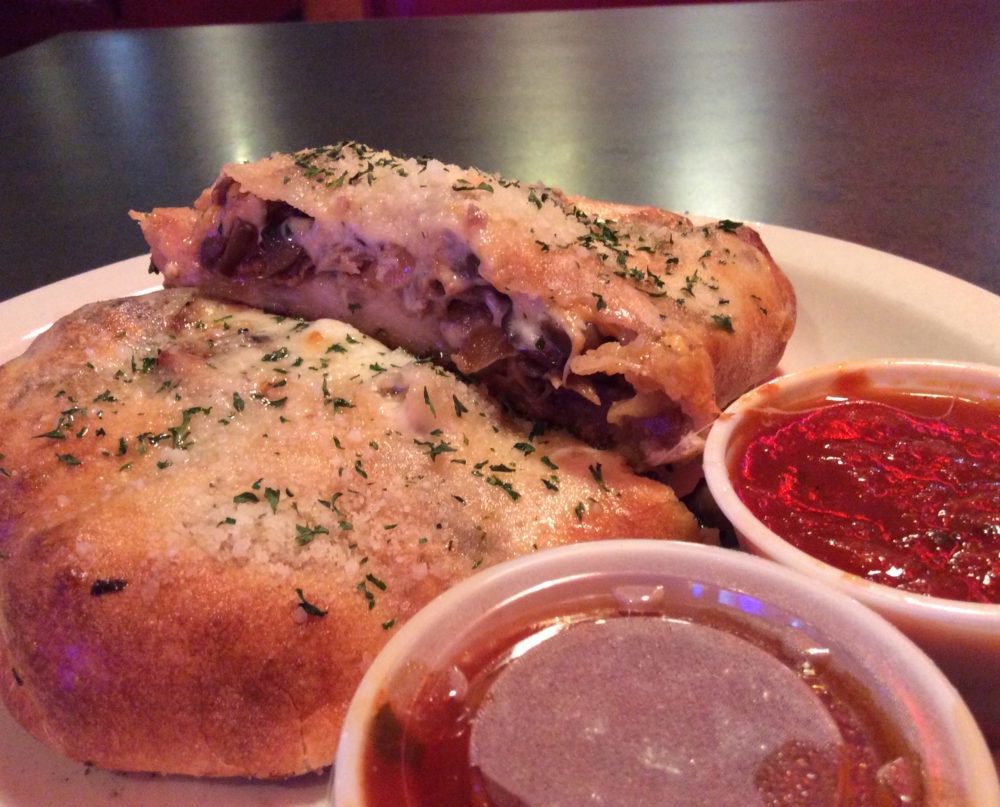 Ray’s Pizzaria has been serving up more than pizza alone since 2009, and I put those other Italian-American goodies to the test on a recent weekend visit. There are three locations in San Antonio (including options on Loop 1604 and Fredericksburg Rd.)— I visited the Blanco iteration on an icy cold evening that demanded something hot and filling.

The Chicken Parmesan Sub and Cheesesteak Stromboli were up to the task. As an unofficial authority on all things chicken-parm, I can tell you the former was entirely satisfying. The sandwich is a perfectly savory balance of breaded chicken cutlet, mozzarella cheese and marinara sauce. It’s all served on soft and toasted buttery French bread, an added touch that makes all the difference in a world plagued by far too many average chicken Parmesan subs

If you ever wished a cheesesteak sandwich could turn itself into an awesomely delicious and generously portioned hot pocket, that’s the Stromboli in a nutshell. Surrounded by a perfectly unassuming crust, prepare yourself for an explosion of fresh mushrooms, oozing cheese and plenty of shaved steak. Served piping hot out of the oven and alongside marinara sauce, this is an instant favorite.

Neither dish disappointed, and nor did the modest, comfortable ambiance. The walls feature a handful of mounted TVs alongside customary neon beer signs. It’s not a bar scene, though. To the contrary, a number of families trickled in with the dinner-time crowd—a testament to a menu that has something for everyone in any crew.

It feels like you’re visiting some place your hypothetical uncle might own, and that’s a good thing.

You’ll find a handful of daily and lunch specials that are especially easy on the wallet, but the menu is more than affordable either way. The most expensive entree here—the Shrimp Alfredo—tops out at $10.95, but most of the menu can be had for less than eight or nine bucks. And half-versions of the subs or cheesesteak sandwiches will satisfy lighter appetites for even less.

For the record, Ray’s pizza is New York Style, a still relatively rare treat in these parts. Though I didn’t try the thin-crusted pies, there’s a wide selection of offerings replete with big and fresh toppings. The pizzas themselves are massive.

It’s tempting to call up Papa John’s or Pizza Hut, but Ray’s differentiates itself with quality ingredients, quantity of said ingredients and a menu packed with variety. Not a bad alternative on a cold, rainy night.