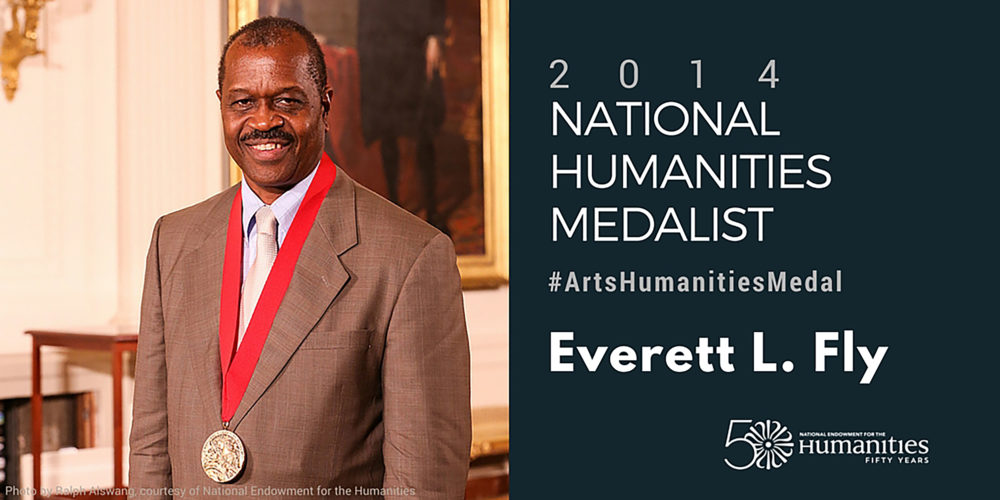 There is no shortage of celebration and rich history here in San Antonio. The legacy of Fiesta is long and well storied. We love telling the stories of our ancestors’ traditions and accomplishments, and the same is true of San Antonio’s cattle and ranching past. Beautiful, sprawling farms and ranches spread throughout today’s Texas Hill Country. We celebrate those ranches and the legacies they’re leaving through the rodeo, but these big ranches and their famous cattle brands aren’t the only ranching legacy in our city. San Antonio has a vibrant African American ranching history that few may realize.

“Growing up in San Antonio, it’s pretty hard not to be exposed to historic places,” said San Antonio native, activist and architect Everett L. Fly. In our recent conversation, Everett spoke about his life-long interest—personally and professionally—in historic sites, buildings and registries. “It just naturally grew over the years, and has kind of come to a peak here with the recent work we’ve been doing,” said Fly, referencing his work with the San Antonio African American Community Archive & Museum.

The San Antonio African American Community Archive and Museum (SAAACAM) focused on a new concept of a digital museum. The organization invites the community to come and share their documents, oral histories and records to begin to create a digital database for both research and educational purposes. When I asked Everett what the response from the community was with being tasked to share their pieces of African American history with the group, he chuckled and replied, “Well, that’s kind of how it started. People began to call me and say that they had research or records and as the word has spread that we’re doing this, it’s quickly building momentum. So we’re not completely surprised, but we’re thrilled that people are warming up to the concept of sharing.”

One focus of such records has been African American cattle and livestock brands.

“We’re in Texas. Ranching and farming has been a part of our culture since the Spanish brought their horses here and started the vaquero tradition,” Fly stated. A part of that vaquero tradition is branding the hides of your cattle. Originally, it was simply to keep track of the herd, but cattle brands’ meaning has evolved over the years, carrying with it a certain sense of pride and ownership.

Fly told me that about two years ago Major Mike Wright—one of the community members working with him to gather these histories—contacted Fly about some research he was doing on an African American cemetery Wright had discovered in North San Antonio. Major Wright had found a brand filed by a black woman named Jane Warren.

Being from Texas, Fly was intrigued by the finding. As a young boy, Fly spent his summer learning about ranching and livestock on his grandfather’s small farm in Nacogdoches. Fly remembered his grandfather’s cattle brand and thought if he had one, it would make sense that other black folks would have one too.

Through his research, Fly has now uncovered more than 40 brands registered by African Americans in Bexar County between 1850 and 1900. Many of these registered brand owners were in slavery as recently as the year before the registration. The SAAACAM has commemorated several of these cattle brands with baseball caps that feature the design—they can be purchased at their Headquarters at 430 N Cherry Street to support the museum’s work.

The stories of these resilient Texas ranchers are fascinating and are often tough to piece together and verify. When I asked Fly about any historical photos of these African American ranchers, he said, “Not many African Americans living in San Antonio in the late 1800’s were able to afford the cost of a photographer and photographic prints.” The historical pictures that the group has been able to piece together though speak volumes. A couple of Fly’s favorite cattle brand stories are those of William Reed and Jane Warren.

William Reed’s brand, the Quarter Circle Running “W” and Connected “R” pictured above, was registered in 1872. Reed was born a slave and was brought to Texas by the Baylor family—yes, that Baylor family. Rob Baylor had two nephews that came to Bexar County in the 1840s, which is how Fly believes William Reed came to reside in San Antonio.

After coming out of slavery in 1865, it appears that Reed was a very active religious figure at the First Presbyterian Church. Through the SAAACAM’s research, Fly was able to see the original hand-written “session minutes” of church meetings from 1856 where William Reed’s name was first mentioned.

“That would have been extremely rare…for this all-white congregation,” Fly told me, adding “records show that by 1860, 46 percent of the church congregation was ‘colored.’ Now, that’s before emancipation!” The records show that Reed and two other colored men were elected ‘Colored Elders’ of the First Presbyterian Church in 1860. According to Fly, that would be the equivalent of something like a Deacon in the Catholic church.

“That’s pretty impressive, you know, how he came to Texas being associated with the Baylor family of Baylor University. He became a prominent member of an all-white church, and then, William Reed was one of the first African Americans to register to vote in Bexar County,” Fly stated. I think it’s safe to say impressive is an understatement.

Jane Warren is the only female African American cattle brand Fly has discovered. And being the first uncovered by Wright and Fly, it was the lazy “YOK” brand that kicked off his passion. That’s fitting considering the type of woman Jane Warren must have been.

Wright and Fly have been able to locate a few of Warren’s living relatives, but no one is exactly sure what the ‘YOK’ brand means. Something else Fly and Wright have uncovered is the original certificate that Jane filed when registering her brand. “Where they have to sign for the mark, it says ‘Her mark, not his mark’ and it was pretty cool to find that,” Fly said. “Think about a black woman in the 1870s having the courage and inspiration and hope and will to register her own brand. To me, that’s amazing and extremely inspirational.”

Jane Warren must have been a force to be reckoned with. Fly described Jane in his own words, “You know how we say in Texas, she must’ve been a real pistol.”

These are just a few of the stories Fly and the SAAACAM have uncovered. Fly hopes that through the museum’s work, the stories of African Americans in South Texas will become a part of the mainstream narrative, rather than a sidebar conversation. SAAACAM’s work has many supporters, and Fly wanted to give a lot of credit to the SA Conservation Society and the Kronkosky Charitable Foundation.

If you’d like to get involved in the SAAACAM’s work or have an African American History story to share, the group is holding a History Harvest Event on April 4t – 8th at Hope House Ministries on 430 N Cherry St. This History Harvest event will be an opportunity for the community to come and share their historical documents, artifacts, records and have oral histories recorded, cataloged and archived by The University of North Carolina’s Archival and Oral History Team. You can find out more about the group’s work and how to contribute by visiting their Facebook Page.