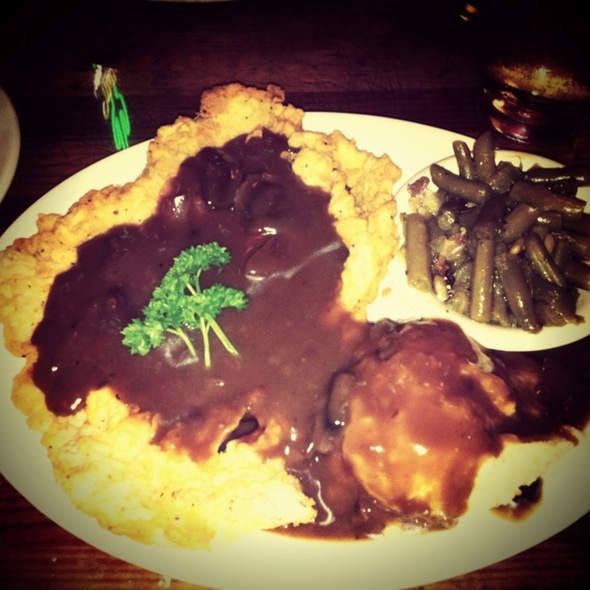 With the days getting longer and the nights having just a hint of a chill, folks will begin exploring the hill country and might even be looking for a patio to enjoy a brew. Traveling ten miles north of 1604 on Blanco Road can transport you to a place as Texan as a Bob Wills fiddle, Specht’s Store.

Built in 1887, Specht’s has been a watering hole for over 100 years. In fact, there is a legend that William Specht had a way to procure beer during Prohibition when other saloons had run dry. Today, the restaurant is operated by the sixth owner in its history with the inside adorned with a variety of ephemera (most of it being directly related to the history of the store/saloon) that makes Specht’s as much museum as restaurant.

What I love most about going to eat here is the drive—it is just long enough to leave behind the hustle and bustle, but close enough to be accessible. This most recent trip proved how San Antonio is sprawling even further and further north—there seemed to be only a couple of miles of country between the McMansions and the country store.

I stopped by Specht’s on the way back to town after a hike in the Canyon Lake Gorge with my girlfriend. It was later in the afternoon, and there were a couple of regulars on the porch who were chewin’ the fat and told us to go on in.

Even though Specht’s seems like more of a beer joint, I was in the mood to try their house sangria wine, and being in South Texas, I couldn’t get that Jerry Jeff Walker song out of my mind. The drink was sweet, refreshing, and the perfect compliment to the half day hike. For lunch, I decided to order the Jäger-Schnitzel with the burgundy mushroom sauce.

As opposed to other Jäger-Schnitzel that I have had in the past, the one at Specht’s was breaded like a chicken fried steak with a nice and flaky crust. The pork was tender and the the brown sauce was chopped full of mushrooms and had a pleasantly “wangy” type of taste to it. While the green beans were all right, the mashed potatoes were really good.

My date got the chicken fried steak and she was convinced it was one of the best she has ever had. What she really liked about it was that they put the cream gravy underneath the steak so that it wouldn’t make it soggy. I hadn’t ever seen that before and if you think about it (especially if you like the crispy breading), it really is pure geniusness.

The next time you have an aching to get out of the city, head a little bit farther North than you might typically be used to and stop by Specht’s to see what they got cookin’.

Value: 8/10 (the lunch plate seemed to be right at $11-$12 with a tall glass of sangria being $6; this is a little pricey in my mind for lunch, but I was impressed by the quality of the food)
Atmosphere: 10/10 (while places like Applebees tries to manufacture history in their restaurants, Specht’s is the real deal; be sure to check out all the cool things that they have on the walls)
Service: 9.5/10 (the waitress was incredibly friendly and accommodating, letting me have all the time in the world to make up my mind)
Taste: 9.5/10 (down home country cookin’!)
Website: http://www.spechts.com/