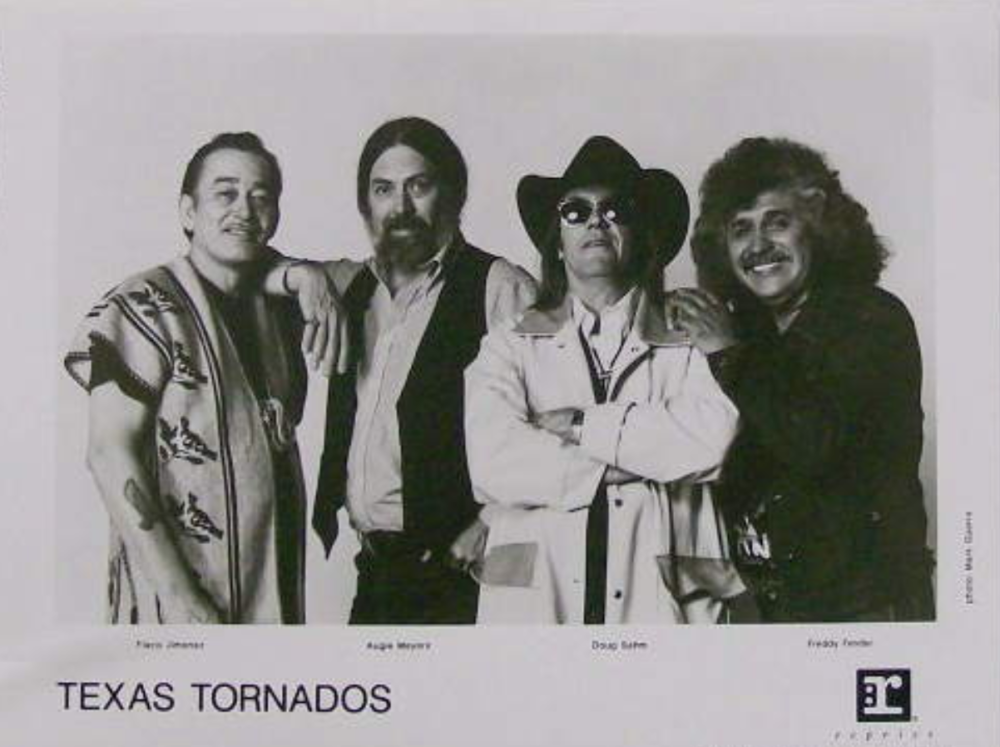 Coming to San Antonio I was aware of the Texas Tornados, but in name only. In spite of a job at a record store in Lubbock, I never listened to the South Texas super group. It took moving here to be exposed the collective genius of Doug Sahm, Flaco Jiménez, Augie Meyers and Freddy Fender in the form of “(Hey Baby) Que Paso.” This is more than a San Antonio song—this is what Sahm often called the “San Antonio national anthem.”

The tune is written by Augie Meyers, an acclaimed organist who’s played with legendary artists like Bob Dylan and Tom Waits. According to Texas Monthly, the song came about when Augie was living with a girlfriend who didn’t take kindly to his taste in the accordion:

“Why are you always playing that Mexican music?” she’d ask. “I like it,” he’d respond. After their inevitable falling-out, Meyers kept hearing a phrase running through his head: “Hey, baby, qué pasó? ”

The song sees Augie putting down his Vox organ and picking up an accordion to play alongside Flaco. Augie also takes the lead vocal duties, singing each line with a little bit of a hurt in his voice and a slight growl. He confronts a love who may be trifling around by asking:

Hey Baby, qué pasó?
I thought I was your only vato.

While the accordions drive this song with a rock-Conjunto feel, it’s primarily a stripped-down piece—the constant up beat of the snare drives it forward. The interjection of Freddy Fender’s guitar towards the end of the song gives it a garage rock feel from the 50s/60s. Doug Sahm takes the back seat on this song, offering up vocals only on the first line and basically dancing around and having a good.

What I like about (Hey Baby) Que Paso is that it’s such a puro San Antonio song. It’s four massively talented musicians who are jamming in such a relaxed way. It’s about having a good time, even when that pretty girl walks away. And the switching between English and Spanish in the song makes you feel like you’ve walked into your favorite taqueria. You don’t get more San Antonio than that.