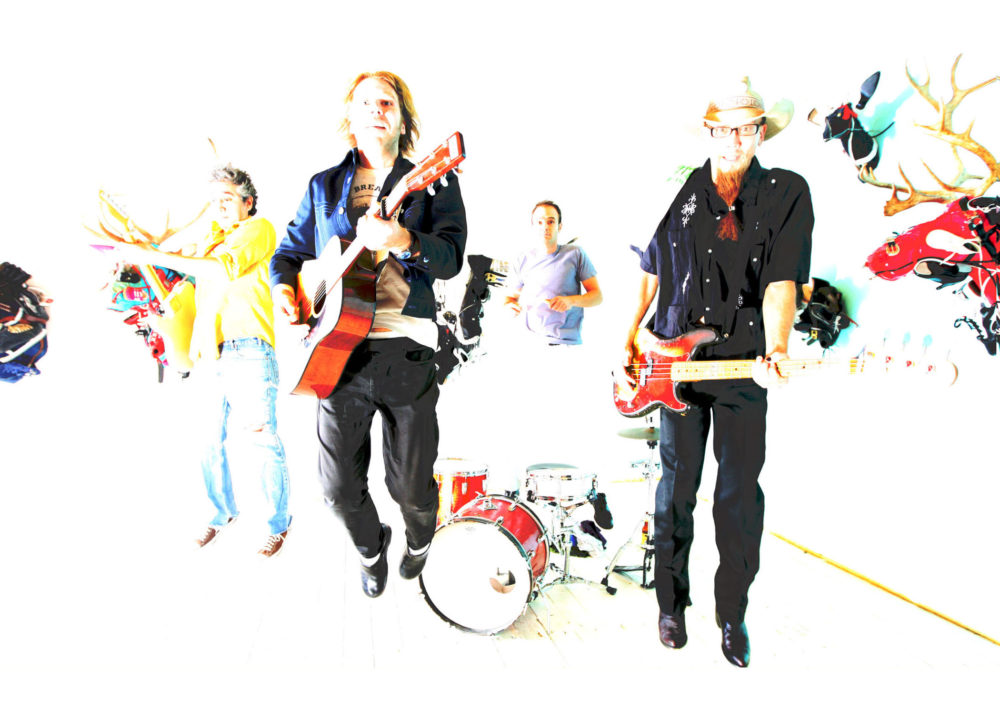 What’s more San Antonio than a puffy taco? A puro San Antonio band celebrating one of our most famous native sons, that’s what! In this post, we’re highlighting Buttercup, a San Antonio born-and-bred art rock band, who is paying homage to the one-and-only iconic San Antonio politician, Henry B. González. But first, let’s get to know a little about Buttercup, a band that have been a San Antonio staple since 2003.

Composed of a Grammy-winning artist (Joe Reyes), a vestiary bearded chef (odie.) and a literary powerhouse (Erik Sanden), Buttercup pumps out a brand of indie pop that is moody and whimsical and irreverent and wonderful. Their live shows are a sensuous delight, never failing to churn out spontaneous, interactive and oft-hilarious entertainment. If your jam is a mélange of The Kinks, The Talking Heads and Elliott Smith, then you’re a shoe-in to join the “Buttercult.” Go ahead and drink their Kool-Aid, because it’s so delicious.

It should come as no surprise that a band as woke as Buttercup would record a candid homage to a true San Antonio treasure, Henry Barbosa González. Here’s a bit of history about good ‘ol Henry B:

Henry B. González paved himself one heck of a legacy, and his storied past is totally songworthy.

While Buttercup took a few artistic liberties in this tribute—I can’t find proof that Henry B read verses from the Bible or names from the San Antonio phonebook during his famed filibusters—they managed to capture the essence of a man who embodies the spirit of San Antonio. The song is raw and gritty and a little shouty at times, much like the man revered in this tune. “Henry B González” reaches paramount rock’n’roll when Reyes invokes his inner Angus Young with the intricate finger-plucked melody during the bridge, a part that would have surely evoked a dual hand-horn response from the late Congressman.

It’s too bad that these two entities never collaborated, and we’re left only to our imaginations as to what their union would have yielded. Whatever the outcome, It’s likely that somebody would’ve got punched in the face.