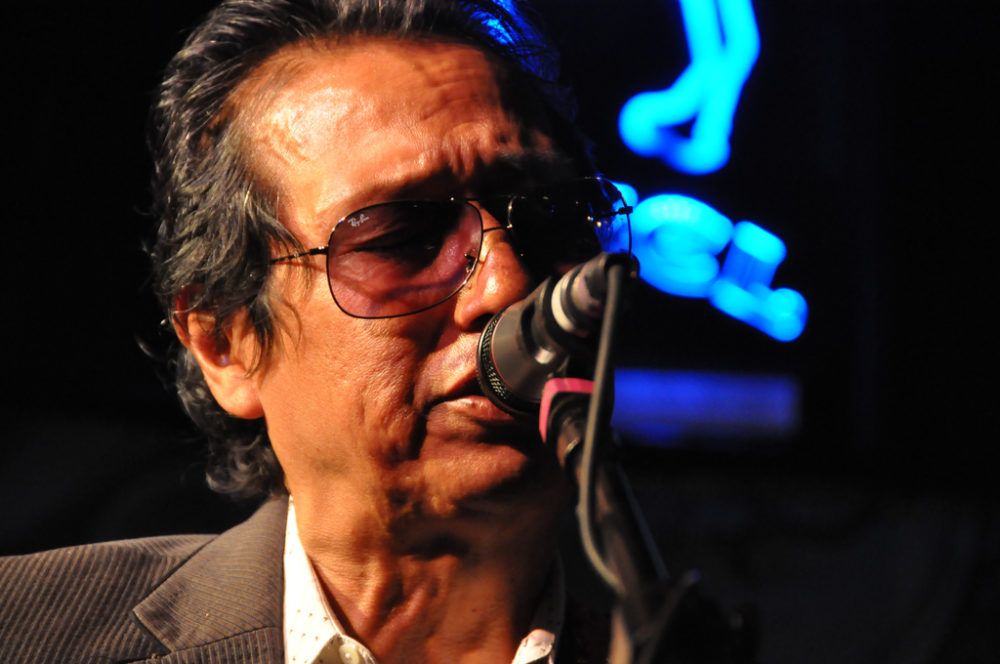 The driver of this San Antonio Songs collection was this one Alejandro Escovedo concert that I experienced at Casbeers on Blanco. (Note: not the restaurant that’s still around but the bar that’s been closed for a while.) This seems almost like a lifetime ago, so much has changed. On a personal note, I’ve married, had kids and don’t quite listen to live music like I used to. With regards to Casbeers, the doors on Blanco (and at the Church location downtown) have been shuttered, both Barbara Wolfe and Steve Silbas, owners of the bar, have since passed away. San Antonio is at a loss without having these wonderful people bringing amazing music to town.

And those enchiladas, my Lord! What I’d give to have a plate of those piping hot enchiladas again. Indeed, some of the best enchiladas in town were served at a bar. And no, it wasn’t the beer talking.

San Antonio was a much different place some ten plus years ago. We didn’t have the draw of the Pearl and you could easily maneuver the sidewalks of First Friday. I used to say that we had plenty of things to do—especially on the arts scene—as Austin, but you just had to look for them. They weren’t in your face like Sixth Street, South Congress or the Warehouse District. And Casbeers was one of those places, always bringing in top national talent like Alejandro Escovedo.

Born in San Antonio, Escovedo first found success in the San Francisco Bay Area with the punk band the Nuns, a group that was notable for being one of the opening acts for the Sex Pistols final concert. He went on to move to Austin in the 1980s and helped steward the cowpunk band the True Believers. I first became aware of Escovedo when he notoriously stopped playing his rocker “Castanets” after it was revealed that then President George W. Bush had it on his iPod’s playlist.

At the turn of the century, Escovedo had moved more into a traditional kind rock that I feel often has a folky kind of feel. He also released a double album with a string quintet called Room of Songs in 2005, it was around this time that I caught him at Casbeers, one of my top-five-all-time concerts.

I don’t remember the set list, but I remember that Escovedo just rocked it out. It was loud and fun and just an awesome show. But just like some of the greatest notes in jazz are the ones that aren’t played, it was something quiet that was incredibly memorable.

During the set, the band went completely unplugged. Not just acoustic, but absolutely no amps, mics or anything powered by electricity. Escovedo asked Marcus Rubio, a local teenage prodigy who opened the show for him, to accompany him on violin for the song “Baby’s Got New Plans.” But instead of going on stage, Escovedo and the musicians when to the middle of the room, completely surround by the audience.

A stillness struck the entire bar—there was none of the idle chit-chat that could be masked over by loud music. This was pre-smart phones, so there wasn’t that pale blue glow on people’s faces as they were attempting to “capture the moment” all the while missing it completely. In this singular instance, all of us were bonded together as a community, experiencing this moment as a sense of one-ness. In spite of not being plugged in, this was one of the most electric moments of my life.

The opening of the song was just incredibly delicate and Marcus nailed the violin part, giving way to Alejandro’s vocals and sparse chords. The song matured with more confident vocals and fuller sounds from the instruments, became soft again before giving way to a crescendo into a wall of sound—or as much as one that could be generated from unplugged instruments—at the end. I was floored by how beautiful this song was.

In truth, this series on the songs of San Antonio was always an excuse to get the opportunity to write about Casbeers.