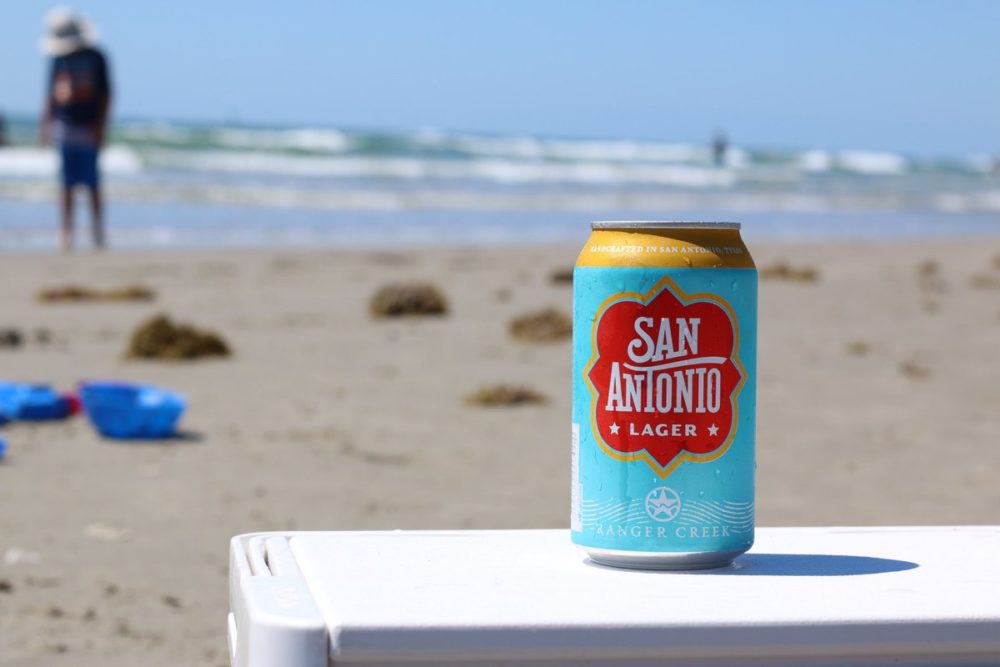 Have you ever drank a love song? San Antonio Lager is Ranger Creek Brewing and Distilling’s ode to ole San Antone. This is a beer by San Antonians for San Antonians, in celebration of our fair city’s 300th anniversary. Everything about this beer is puro San Antonio, from the Spurs throwback jersey color palette, to the crisp, malty goodness of the traditional German helles style within the can. And if you ever forget about the Alamo, just cock your head 45 degrees to get the architectural reminder. So let’s grab a beer and give it a taste.

Ranger Creek sells San Antonio Lager on draft and in cans. It’s delicious in a glass, but this beer is meant to be purchased in bulk, thrown into a cooler covered with ice and shared with friends in the hot South Texas summer sun or on a weekend trip to the Gulf. If you were to pour the beer into a glass, you’d notice it’s clear golden color with a small amount of head that dissipates quickly, and a slight, bright, grain aroma.

San Antonio Lager is lightly carbonated and the body is slightly heavier than you might be used to in a domestic pilsner. At 5.2% ABV, it’s just a bit higher in alcohol than other local favorites like Lone Star, but still quite a bit less boozy than much of the other beers available from Ranger Creek.

The flavor is very crisp and bright, which is good, because “helles” is the German word for “bright.” It’s a traditional German beer, and as such, has a strong malty base—the spicy hops are balanced with the malt. As the beer warms a bit, the fruit aromatics from the yeast begin to manifest, providing a more complex finish.

When you’re at H-E-B this weekend grabbing your BBQ supplies for the Fourth of July, grab a six pack (or two) of San Antonio Lager to share with your friends and family. It pairs well with burgers, sausages, lingering fireworks smoke and any taco that you can throw at it—breakfast, lunch or dinner.