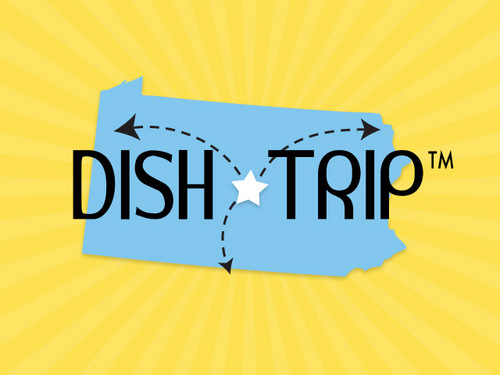 One of the fun things about having a blog is getting to suggest some of your favorite places to the world.  Locals and tourists alike come to my site and get to find out what restaurants I think are a great representation of San Antonio.  I love sharing what makes this city unique.

It’s always a thrill when someone writes a positive comment on my blog or Facebook page about a review I wrote, so you can imagine how excited I was to be selected as a local food ambassador when Dish Trip came to town.  Dish Trip is the brainchild of Mary Bingham, a Philadelphia based food blogger, where she and her team travels to different cities, meets up with a local food blogger, and explores the culinary scene.

A representative from Dishtrip reached out to me via email with their itinerary and asked me for my suggestions.  After visiting with them, I was excited about their breakfast stop at Blanco Cafe and lunch stop at La Gloria Ice House.  I thought that these places would be a great way to show the traditional alongside the new.

Later, Mary gave me a call about her travel plans and I during the conversation I was so amped up that I was pacing along the front of my house telling her all the amazing places to eat in San Antonio.  There were so many more things to see and do than was listed on her itinerary.  Mary said they landed on Memorial Day Monday, and was curious if I would take her team out to some of my other favorite spots to which I replied, “Of course!”

Mary, Amy (the social media guru), Jason (the techie genius), and Gary (the video expert) arrived to San Antonio late in the evening on Memorial Day.  Many of my friends were over at my house for a backyard cookout, so a bunch of us went out to give them a crash course in San Antonio.

After picking them up from the downtown Marriot, we headed for the Hofbrau Quarry, home of the Dosarita.  If you are not familiar, the Dosarita is a schooner of frozen margarita with a Dos XX flipped upside down in it.  While I don’t know if the Hofbrau was the first place to invent it, they were the folks who really popularized it here in town.

Mary and her team were a little skeptical of how the drink would taste, but I assured her that it was going to be amazing.  When we all got our round of drinks, the group from Philly was not disappointed.  Not only were they impressed by the sheer size of the Dosarita, they couldn’t believe how smooth it was.

I actually tried a sip of the Dosarita made with the amber beer and enjoyed it far more than the Dos Equis lager that I typically order.  We had a couple of orders of the queso blanco, with a dollop of guacamole in the middle, which is a perfect sidekick to the Dosarita on the patio.

Since the crew was feeling good from the Dosaritas, I took them to Chachos so they could sample the King Kong Nachos.  There was no description that I could give that would prepare them for the mound of nachos that they were about to experience.

Gary had a great idea to film the making of the nachos, and he got some great footage of how they are actually put together.  When the platter of food arrived at our table, the Dish Trip folks couldn’t believe how large the nachos were and were amazed that they got a bowl of queso as a side!  I loaded the table up with tons of different salsas to dip the nachos in and was excited to learn that they now come with a bowl of enchilada gravy to dip your chips in!

The Dish Trip crew was a lot of fun, and Mary even went up on stage to sing “Sweet Home Alabama” with the band that was playing that evening.  She sang her little heart out and even changed the lyrics to “Sweet Home San Antonio!”  Such a fun night!

The Dish Trip team began their official Dish Trip where they stopped at Blanco Cafe for breakfast, La Gloria Ice House for lunch, and Sazo’s Latin Grill for dinner.  Because I had to work that day, I wasn’t able to go out and about with them, however, check out their video if you want a recap of all the great things they ate.

After their early dinner, I suggested that they chill at Schilo’s and drink some of their world famous homemade Root Beer.  I left work and met them there and we planned out the rest of the evening.

The official Dish Trip was over and it was time to sit back, relax, and have some drinks.  Since I hadn’t eaten, I took them to Titos where I ordered the enchiladas Tejanas and a michelada made with a Victoria beer.  Titos enchiladas are the best in town and I have been a fan of the restaurant since moving here.  Not wanting to pass up an opportunity to try something new, the Dish Trip folks ordered some enchiladas and a puffy taco to try as well.

One of their sponsors is Victory beer, a popular craft beer in Philadelphia, and they brought down a few bottles of the seasonal Summer of Love.  Being inspired by the Dosarita the previous night, Mary wanted to create a “Victory-ita” and flipped it over in a margarita she ordered.  I was a little unsure of how it would be, but it made the margarita have an interesting grapefruit taste.  I guess it goes to show that we should experiment more with what we dump in margaritas!

After Titos, we walked up the street to the Friendly Spot where the team was excited to find that they served Victory beer!  Amy has recently become enamored with beer and has been devouring books on the subject.  She loves to try new brews (and has the perfect job to do so!), so she ordered a beer from the 512 Brewery from up in Austin along with Oatmeal Pale Ale from the Ranger Creek Brewery here in town.

After the whirlwind of the previous day and a half, the team was just glad to kick back, relax, and watch some basketball on the outdoor screen.  I really enjoyed getting to visit with them, talk about the differences between Philly and San Antone, and learn how Mary had started her blogging career.

Since Amy was such a beer aficionado, I knew that our next stop would have to be the Blue Star Brewing Company so she could try some of their microbrews.  We ordered a sampler and all got to try six different beers.  The bartender was friendly and told us a little about each brew as we drank it.  I believe that Amy favored the smoky mesquite flavored beer.

After all this food, the only way to end the evening was to take the team to Lulu’s for a 3 pound cinnamon roll and a chicken fried steak as big as your head.  Gary was pretty impressed that the cinnamon roll was note only huge but also really tasty.  Even though we were all full, we put a large dent into the chicken fried steak, mashed potatoes, and okra as well.

They came. They saw. They ate.  The Dish Trip had finally come to an end and all of us were stuffed.  I am so happy that the team reached out to me to show them San Antonio.  I had such a blast getting to meet Mary, Amy, Gary and Jason and learned a lot about professional blogging.  Be sure to check out the Dish Trip Site to see where the team winds up next.

These folks put in a lot of time and effort and it shows in their final product.  It was great for an Average Joe to become a food ambassador for a couple of days. Vaya con Dios Dish Trip team and safe travels on your next adventure!

Check out the Dish Trip article on their San Antonio Trip on Southwest Airlines blog.