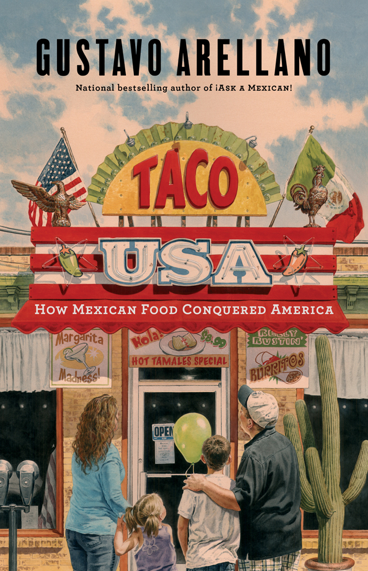 Mexican food has always been a part of my life. Instead of Happy Meals, my fast food of choice growing up was a bean burrito, heavy on the red sauce and no onions from Taco Bell. My mom was New Mexican, so a healthy dose of green chile was part of our diet: scrambled in eggs, mixed in with queso and essential to enchiladas. It was a rite of passage to eat a burrito smothered with green and red chile (instead of having it on the side) at Tomasita’s in Santa Fe.

Being Texan, I couldn’t get enough of cheese enchiladas with brown gravy, refried beans and rice on a generous Tex-Mex plate from Rosa’s. Birthday and graduation parties wouldn’t be complete without fajitas that my dad would grill in the backyard (having lived in South Texas in the mid ‘80s, my family was one of the first to eat fajitas in Lubbock when we moved there). 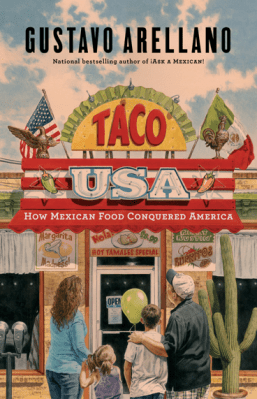 Studying in Spain for a semester found me pining for spicy food (note: Spanish food is NOTHING like Mexican food). My roommate got a care package from home with jar of queso and tortilla chips. He let me have two chips dipped in the nectar of the Gods. You may think he was stingy, but I didn’t begrudge him. In fact, he gave me two more chips than I probably would have given him.

Moving to San Antonio as a college graduate opened up new opportunities when it came to different kinds of salsas, handmade tortillas, chilaquiles, barbacoa, cabrito and puffy tacos. I couldn’t get enough of it and the exploration is what led to me starting this blog three and a half years ago.

One question that was interesting to me was how can a very white bread kid, in a white middle class family in an extremely WASP-y hometown of Lubbock, Texas have such passion for Mexican food? Writer, editor and columnist Gustavo Arellano of Orange County had the same question and explored this phenomenon in his recent book Taco USA: How Mexican Food Conquered America.

In the introduction he writes, “But that so many Americans, with no blood ties to Mexico, who might not even like the country, revere my cuisine? The reporter in me is fascinated; the Mexican in me, flabbergasted.”

The book attempts to answer this question and is filled with stories that are larger than life of people who were the pioneers in the Mexican food movement. Americans have had a voracious appetite for Mexican food since the 1800s, and there were many entrepreneurs (both white and Mexican) who attempted to transform that desire into cash. With this much money on the line, there is plenty of drama and yarns to tell.

San Antonio takes a central role in the book as one of the crossroads of bringing Mexican food to the United States. Arellano devotes a chapter to the Chili Queens of San Antonio who were one of the first to sell Mexican food, in the form of chile con carne, to the masses in the plazas downtown. The allure of finding “authentic” Mexican food was enough to get visitors and locals alike to visit the Queens for a dish that would eventually become just chili.

Arellano traces many other things back to San Antonio from that point on, from canned chili and chili power, tortilla chips, Fritos, Pace picante and nacho cheese as well as things that came from other parts of the country. From the Mission Burrito, taco trucks and sit down restaurants that came from California, Southwestern cuisine from the New Mexico area and the frozen margarita machine from a restaurateur in Dallas.

While not having the typical Spanglish of his ¡Ask a Mexican! column, Arellano’s humorous and conversational style of writing shines through. You feel like you are at your local icehouse talking with a friend over a couple of beers. While you can tell that hundreds of hours of research went into the book, Arellano is able to weave the history in a way that is highly entertaining, rather than making you feel like you are a student in a class.

Throughout the book, Arellano attempts to show that different styles, versions and incarnations of Mexican food have a degree of truth in it. Whether it comes from the interior of Mexico, California, the Southwest or Texas, there is a certain amount of Mexican-ness to each dish. Those whom dismiss a plate as not being “authentic” might be correct in the academic sense however, in doing so they miss out on the bigger picture and incredible meals.

Stay tuned for a Q/A with Gustavo Arellano, author of Taco USA, later this week on the blog!