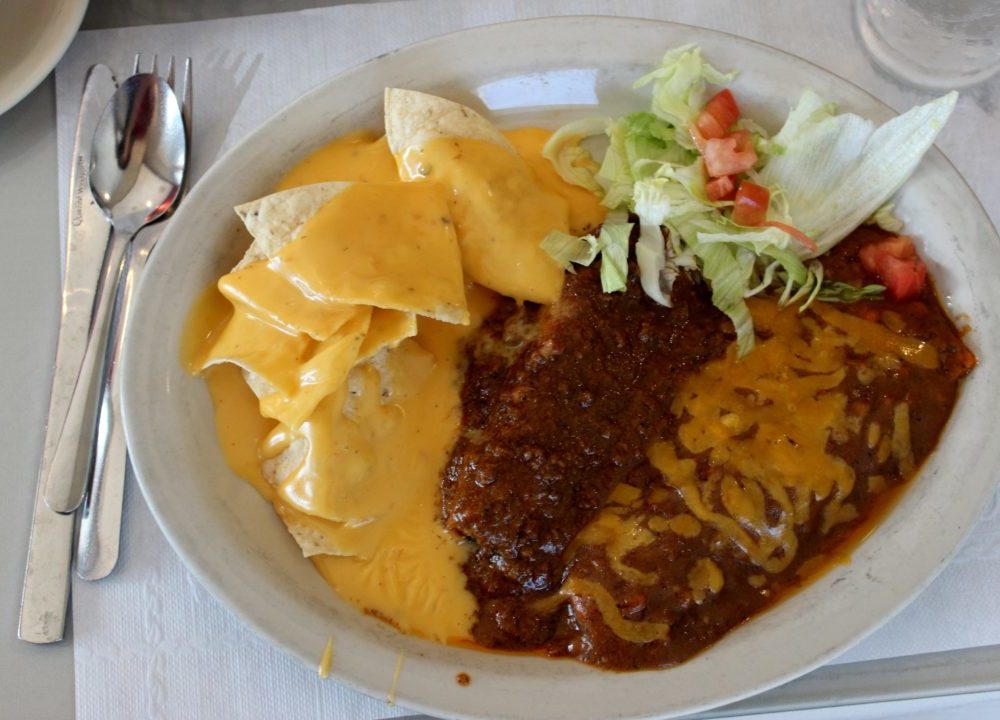 “Stick to your ribs” is a phrase people used to use to describe that satisfying feeling you get from eating comfort food. And that’s the only fitting expression for the meals offered up at La Posada del Rey. If you have read anything that I’ve written before on SA Flavor, you might be familiar with my great fondness for restaurants with history. La Posada has plenty of that to go along with its flat out awesome combination plates.

To simply call this place “Tex-Mex” would do it a disservice. Don’t get me wrong, the restaurant has all the familiar dishes—cheese enchiladas, tacos, tostadas, fajitas—that you’d expect to find at a Mexican restaurant in this part of the world. But it’s the extras that truly set it apart. And it’s these extras that have made me a long-time customer.

In one incarnation or another, I can safely say that I have been coming to Ramiro and Jo Ann Valdez’s restaurant for close to 30 years. The restaurant has existed at several other locations prior to its new home in the Carousel Court deep in the heart of Alamo Heights. Those extras I mentioned have traveled with them at each and every stop.

A handshake from the host (usually Mr. Ramirez himself) and a polite kiss on the hand of the ladies (in a gentlemanly way, of course) while he accompanies them by pulling out their chair is everything you might expect from a white tablecloth restaurant. But let’s talk about the food now.

There is an art form to the combination plate. You have to have the right mix of flavors and tastes to make it truly memorable, and you have to offer them in the right quantities. Too much food and the diner might feel the need to gorge yourself, or maybe even worse, feel like you’re wasting food. Too little food, well, that’s just no good.

My recommendation for visitors to La Posada is to order their Plato de la Reina: one cheese enchilada with chili, one tamale, a fresh guacamole salad and chips and queso. Drooling yet? You should be. Your meal starts off traditionally, piping hot tortilla chips and house-made, glowingly bright red salsa. This is the good stuff folks. But it’s the next “course” of a bowl of bean soup where La Posada really steps up their game.

What on the surface looks like a simple bowl of borracho beans is so much more. There’s enough beer in the dish to let you know it’s there, tons of bacon and enough pica in it to wake up the dead. You’ll be wanting another bowl when all the sudden the guacamole salad arrives, a fantastic accompaniment to the rest of your meal.

The combo plate arrives with the traditional warning of “be careful” and “hot plate.” And it is, but my Lord is it good! The enchiladas are loaded with wonderful yellow cheese and slathered in chili. But pace yourself, because there is only the one. I like to alternate between the enchilada and the tamale. Now, normally I reserve the pleasure of eating tamales for the holiday season, but there is something special about what La Posada is putting out. Don’t sleep on the chips and queso though—try pairing ’em with the guacamole, you won’t be disappointed.

One last bit of advice for first timers pertains to the tortillas. Get a mix of flour and corn and save one corn tortilla for the end. My abuela made fresh corn tortillas for years and La Posada’s remind me of hers. And just like hers, I like to eat that last one the way she taught me to: con un poquito de mantequilla y un poquitito de sal. You spread a schmear of butter and a dash of salt, roll them up tightly (like a taquito) and savor every last bite.

If you’re in the mood for Tex-Mex that goes beyond the norm, do yourself a favor and head on down to La Posada del Rey.