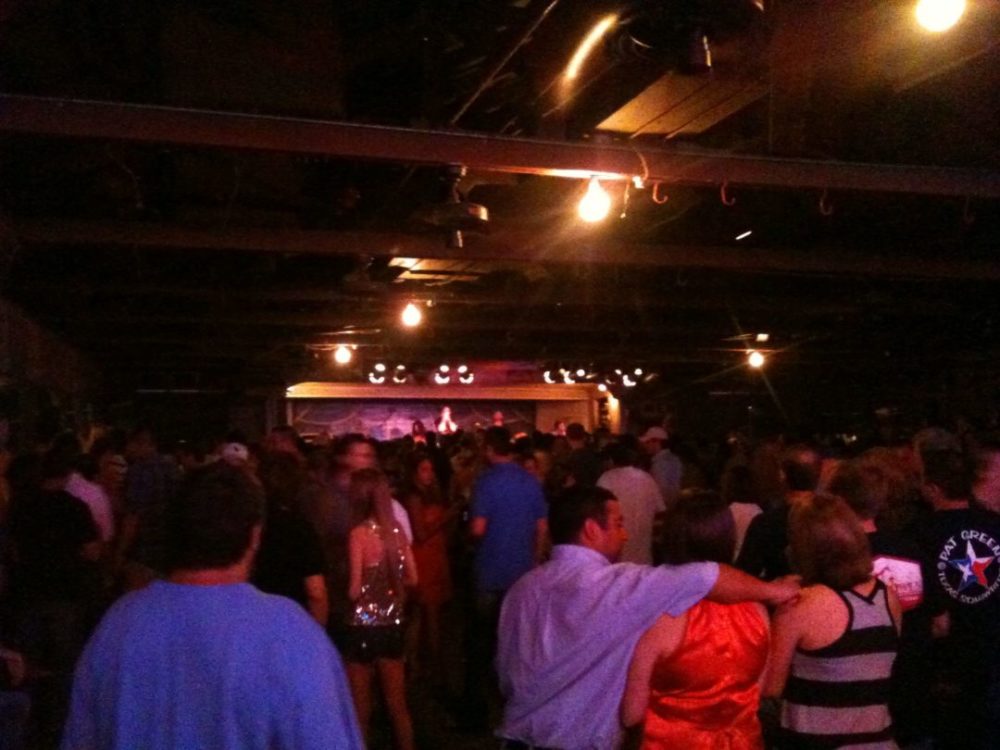 On his latest release, Texas based Jonathan Tyler emphatically states, “Maybe it’s been too long/since rock n roll turned you on.”  If this is the case, and you are in the need for some good rock, you must check out Jonathan Tyler and the Northern Lights.

Their latest CD is entitled Pardon Me, and other than the title of the CD that kindly asks the listener con permiso, the record is full of raucous guitar licks, fast tempo lyrics, foot stomping, hand clapping, harmonizing rock n roll.  If you are tired of being yelled out by hack musicians with no guitar chops that dominate the rock radio stations, you will appreciate a band who believes that a guitar was meant to play more than three power chords or angry arpeggios.

While it may be easy to say that the band has a classic rock sound, their sound is too fresh to be restricted to that era.  They are the perfect embodiment of rock, roll, and soul that is sure to make you have a good time.  I would classify them as roadhouse blues meets rock n roll in the spirit of the Rolling Stones and Stevie Ray Vaughn.

I caught their show at Gruene Hall, Texas oldest dance hall, this past Saturday night and, from start to finish, they put on a show.  It was a hot and humid South Texas night, and being in a hall without air conditioning and people packed liked sardines doesn’t help much.  Despite these conditions couple with hot stage lights zeroed in on them, the band played a solid 2.5 hour show; the only thing that took them off the stage after a three song encore was the fact that the house lights came on and the Gruene staff was ready to go home.

The band opened with a funky version of “Honkey Tonk Women” that immediately grabbed the attention of the audience and went into the upbeat song off their new record “Hot Sake.”  That song has a driving rhythm and a hand clapping pattern that is quite addictive.  Early in the set they played my personal favorite, “Time for Love,” off of their first album “Hot Trottin.'”  The harmonies really came out as Emotion (‘Mo) Brown and Nick Jay provided the backup vocals.  The lyrics of “There’s a time for love/There’s a time for pain/There’s time for letting go/of everything” are reminiscent of the Byrds “Turn Tun Turn.”  I love how the guitar fits in with band (and audience) singing sustained notes much in the same way as the Beatles’ “Hey Jude.”

As they night went on, the band got really hot (temperature wise) but would only stop briefly to get a cold towel and a pull from the handle of Jack Daniels.  Tyler remarked, “Do you guys get nervous? I find that when I get nervous, I drink a little of my friend Jack Daniels and I don’t feel the nervousness as much.”

They played a good mix of songs off both of their CDs with a blues standard of “Rock Me Baby” that turned into a full out jam.  You could tell that Jonathan Tyler was having a blast when he went to go get his Flip camera to film the crowd and each of his band members as they soloed.  At one point, he remarked, “How many of y’all are goin’ to church tomorrow?  Well for all you sinners that aren’t going, we’re about to take you to church!”  They ended the improv session with a rollicking gospel beat that got everyone stomping their feet and shaking the Gruene Hall dance floor.

As an encore, they started out playing “Something in the Wind” with just Jonathan Tyler on guitar and Nick Jay on the keys.  As the band came in, the song picked up steam.  In the spirit of going to church, Jonathan Tyler had some inspiring words.  He told the audience to “Take each minute and make it worth it; you gotta love one another because this life is short.  Money and fame is gone quickly and what’s important is family and we got that here.”

The band then launched into “Pardon Me” and rocked it fairly unapologetically with Tyler just belting out the lyrics in spite of a bunch of folks leaving before the encore started (NOTE: Never EVER leave a Jonathan Tyler and the Northern Lights show before the encore).  At this point, the house lights were turned on and they finally ended with a cover of Tom Petty’s “Mary Jane’s Last Dance” that brought the house down.  I am firmly convinced that they would have continued playing if the lights had stayed turned off; I always love a band who encores because they WANT to encore instead of just walking through the motions.

Jonathan Tyler and the Northern Lights prove that rock n roll is not only alive but kicking.  I look forward to them getting some radio play because I would rather listen to true rock music instead of being yelled at.  I don’t expect that they will have to ask us to pardon them in the near future, because they are here to stay.