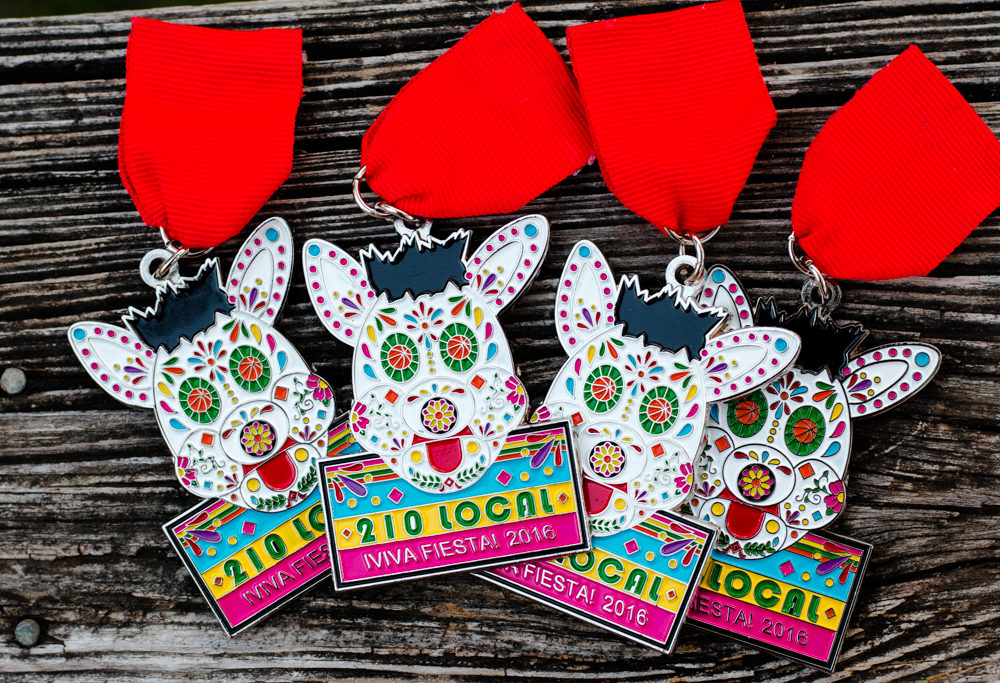 This year I was proud to help another San Antonian launch his Fiesta Medal. Aaron Passmore, the man behind the popular 210 Local account on Twitter and Instagram, had this idea to create a Dia de los Muertos inspired Coyote medal that sold out its first run in an hour. IN AN HOUR PEOPLE!

Looking to make your own Fiesta Medal? Check out www.PuroFiesta.com.

So a little background. Last year my daughter had just turned one year old and I wasn’t able to make a lot of Fiesta events. Aaron had just got married and made a medal as a wedding favor. He reached out to me on Twitter to see if I would trade with him. I was still going to NIOSA and I told him that if he could spot me in the craziness that I would be more than happy to trade. But I knew that this was more than a long-shot that he would find me. As Fiesta veterans can tell you, spotting a person at NIOSA is a like a real life version of Where’s Waldo. 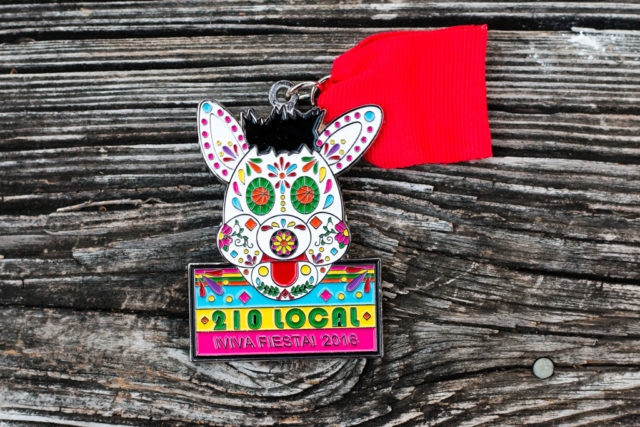 But in spite of the odds, Aaron and his wife found me. We made the trade and I got to know a little bit about him. He’s a veteran of the Air Force and is currently the captain at the Sam Houston Fire Station 4. And he is incredibly passionate about San Antonio and supporting local businesses.

When it became time to think about 2016 Fiesta Medals (back in October), I reached out to Aaron to see if I could help him make one. He told me of this awesome idea that featured the lovable Coyote but with a Dia de los Muertos inspired design (Aaron has some tattoos in this style). I felt that if we could do this design right that it would be a reflection of Aaron’s passion for all things San Antonio—and I think that we nailed it.

The medal has already been featured as one of the 24 Fiesta Medals that You Need This Year by the San Antonio Current and has become the sought after item by medal hounds, especially the Fiesta Medal Maniacs. I’m proud to have helped make this medal, and don’t forget to follow 210 Local on Twitter and Instagram!