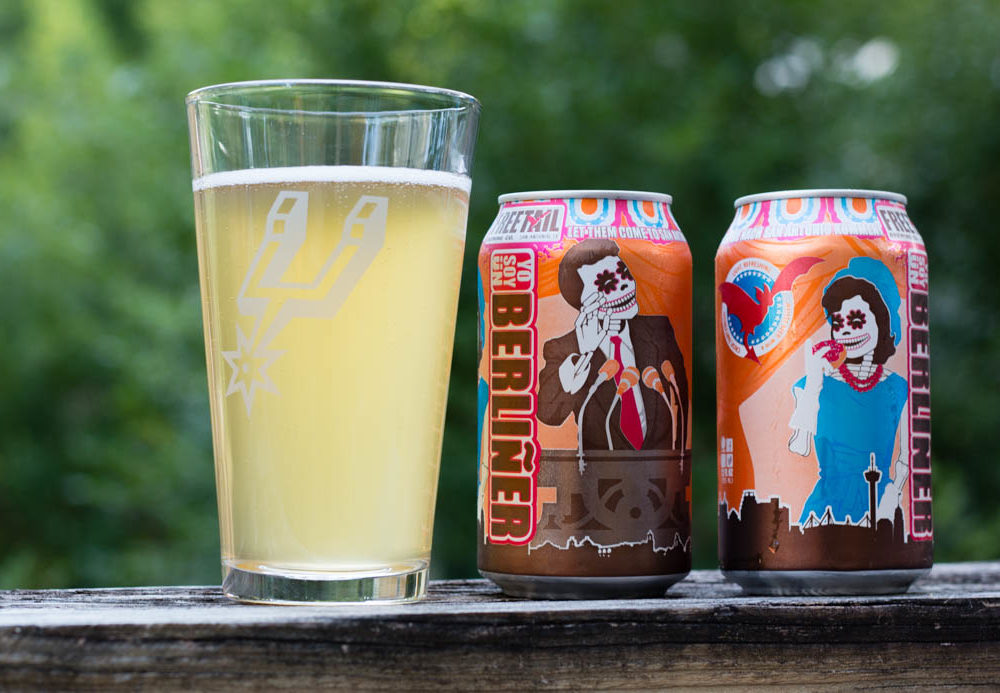 It was six o’clock on a Sunday and still almost 100 degrees out. Thanks to the city of San Antonio’s bulky item trash collection day—and only one very gentle, not at all nagging reminder from my wife—my two car garage could once again contain two cars. I was hot. I was tired. I was ready for a tasty beverage. So I opened my beer fridge in the garage and pulled out a Yo Soy Ün Berliner from Freetail Brewing Co. This Berliner Weisse was the perfect beer to quench my thirst.

Freetail is one of my favorite breweries in San Antonio. In addition to making great beer (and tasty food at their brewpub location outside of 1604 on Northwest Military), founder Scott Metzger has emerged as one of the leading voices for craft beer in San Antonio, if not Texas. And fortunately, he and Freetail are consistently putting out interesting beer—I’ll give anything they make a try. Yo Soy Ün Berliner is no exception. It’s a great example of a Berliner Weisse, a sour German white (meaning it’s made with wheat) beer.

Yo Soy Ün Berliner pours slightly cloudy, with a beautiful pale golden color. You’ll definitely smell the sour notes up front. The brewery adds additional Lactobacillus to their yeast profile to sour the beer, giving it a funky, citrus aroma. The citrus flavor is very apparent with a strong lemon flavor that’s almost, but not quite, a shandy taste. There’s also a nice, bread-like flavor throughout the beer, which is to be expected from a white beer.

The two most refreshing elements in this beer are the citric tartness and the very slight carbonation. This little bit of effervescence is perfect for a hot South Texas summer day; it’s crisp, but doesn’t leave you feeling full. At first, the tart sour flavor seems a bit odd, but then again try explaining the concept of limonada to someone who’s never had it before. Yo Soy Ün Berliner is delicious and science will probably never know why.

This is a great, local, summer beer, perfect for drinking after yard work, at a cookout, or, following Freetail’s own pairings, tubing on the river—especially since they’re sold in a six-pack of cans. Pick up a six-pack, or two, before your next outdoor get together and serve your guests a surprisingly refreshing treat.