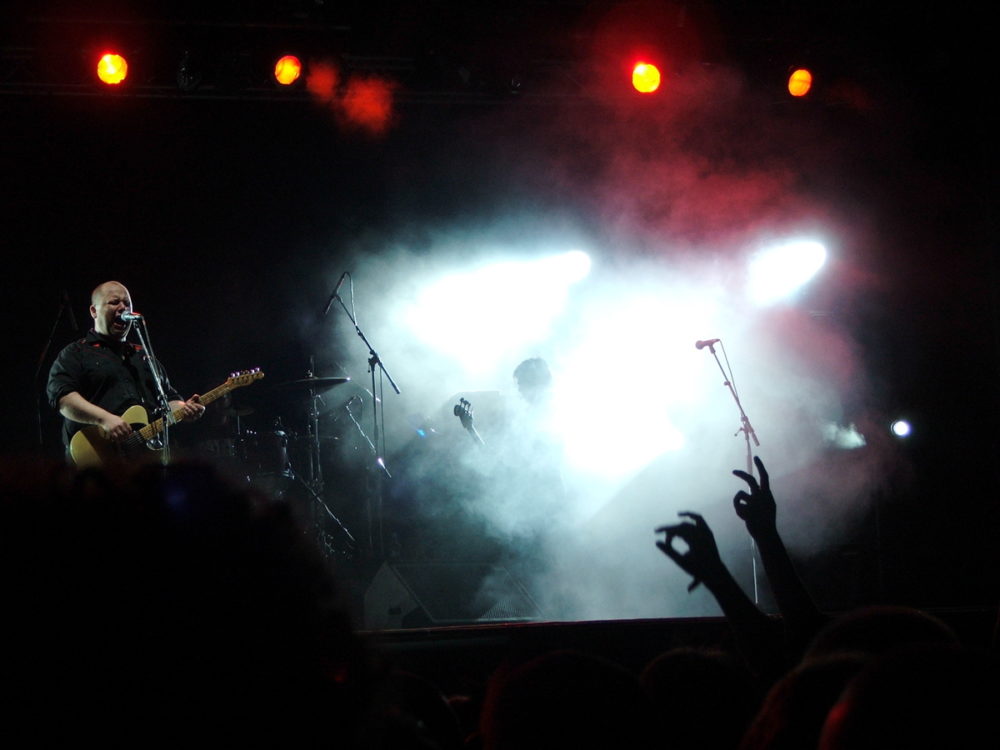 Most folks know Charles Thompson IV as the eccentric, aberrant singer/guitarist who fronts the legendary rock band The Pixies by his stage moniker of “Black Francis”. And only the most diehard Pixies fans are likely familiar with Mr. Thompson’s solo efforts under the name Frank Black & The Catholics, a group, by virtue, that is an extension of the Pixies (though a little less artsy and a little more textbook rock and roll).

Our band, The Cinderleaf, had the good fortune of opening for Frank Black & The Catholics on April 19th, 2002 at the White Rabbit. This performance marked the third time that Frank Black had made an appearance in our great city. However, it’s a place to which he never really meshed with, as noted in the tune “San Antonio, TX” from the late-2002 release Devil’s Workshop.

While a great deal of songs present our illustrious city as warm and embracing, this particular song is definitely more of a lament. It’s as if he couldn’t possibly bail out of town fast enough, singing the chorus, “Put me in a cab, I’m flyin’ away; I’m glad to say I’m finally out of here”. What gives, Frank Black? What’d we do to you?

One could only speculate as to what would cause such an disdain. Did someone tell him what tripas really were? Was he disappointed that the Alamo didn’t have a basement (not that it mattered, he’d never been there anyway)? Did he get stuck in traffic on I-35? Whatever hangup he had with SATX didn’t keep him at bay forever,he has visited us twice more since that show.

Perhaps on his next return visit a valiant citizen should shove a breakfast taco in one of his hands and a Big Red in the other and walk him down to Alamo Plaza. I dare him to resist our charm and allure after soaking in some history and glorious Tex-Mex.

See the complete list of all our favorite San Antonio Songs and be on the lookout for a new one each week. Header image by Jo Fjompenissedalheibakke via Creative Commons 2.0.