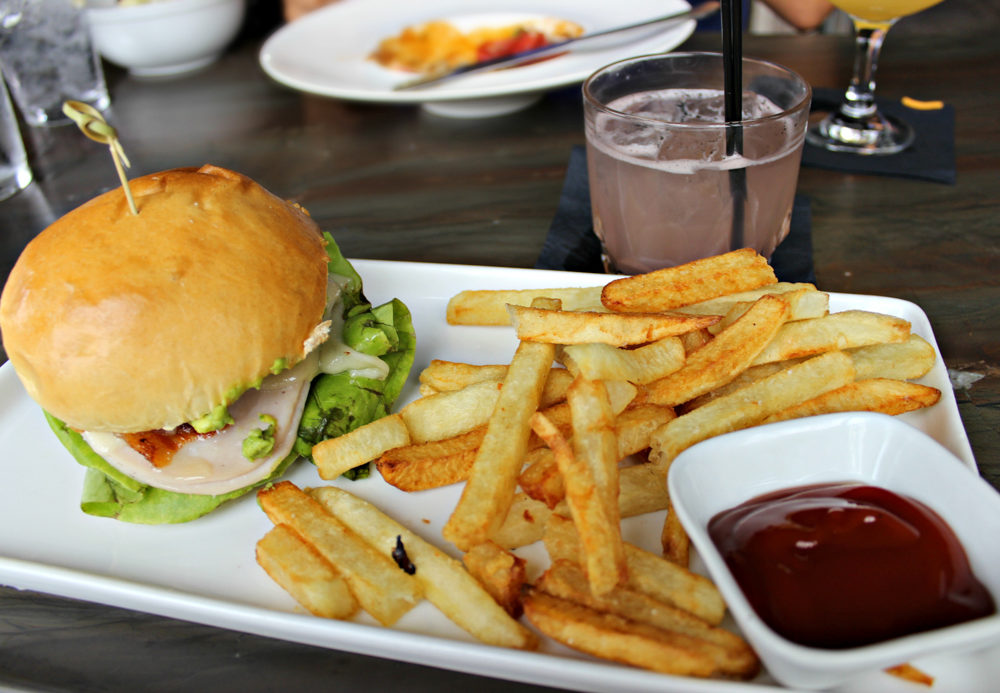 For those that do not know the great news, Culinaria’s Restaurant Week is underway in our beloved city! From August 13 – 27, participating restaurants are offering unbelievable three-course lunch and dinner deals. Francis Bogside, an Irish-inspired pub, joined the celebration with a “Tier 2” $10 lunch menu comprised of the Chef’s Chopped Salad, fried mozzarella cheese curds and a turkey BLT with fries that is too good to miss out on.

Francis Bogside is located on the corner of South St. Mary’s Street and Madison Street. The entrance is almost hidden behind a flourishing sapling—until you see the wooden sign protruding from the brick wall and the gorgeous black, wrought iron door. Inside, the pub’s open flooring is flooded with natural light from the row of large windows. Its refined elegance is accentuated with a reclaimed-wood bar and modern light fixtures. During their lunch hours, conversation and laughter faintly floats throughout the room.

Like I have mentioned before, I am not fond of salads. However, I’ve been around salads that were prepared so beautifully that for a brief moment I considered giving them another try. The Chef’s Chopped Salad from Francis Bogside is one of those salads. The complimentary placement of the tomatoes, pecans, ham, cheese and even the egg created such a lusciously vibrant dish, I almost kept it for myself. But alas, as I always do, I passed along the salad to someone whose palate would be much more appreciative of the chef’s salad artistry.

The main course from the lunch special was a turkey BLT served with fries. Aside from the typical BLT (bacon, lettuce, tomato) ingredients, the sandwich included cheese, guacamole and what appeared to be a sort of chipotle mayo. The additional ingredients, especially the chipotle mayo, added that extra kick to the sandwich, taking it to a whole other level.

Even though the drinks are not part of the special, I couldn’t help but get one of Francis Bogside’s house cocktails. I ordered the Smoke on the Watermelon, a cocktail with tequila, watermelon and lime. My friend got the Magic Mike, which has mezcal, grapefruit, lemon, honey and serrano—she loves the spicy drinks and wasn’t disappointed!

I am noticing about myself that I value relaxing environments, such as Francis Bogside’s. Even as a small crowd grew to watch the USA men’s volleyball quarterfinal match on the large projection screen—and despite my sporadic outbursts—the calm atmosphere remained. So if you’re looking for a place to kick back and enjoy a polished twist on pub classics and killer cocktails, Francis Bogside is the place to be.