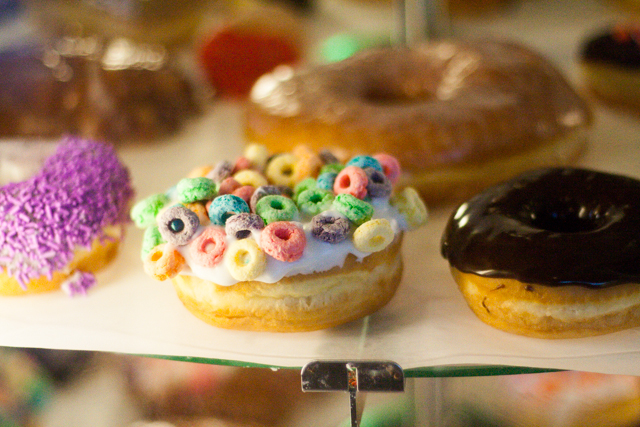 Being the fan of the occasional funky pizza, and since I was in the land of funky food, I stopped by the Eastside location of Sizzle Pie. 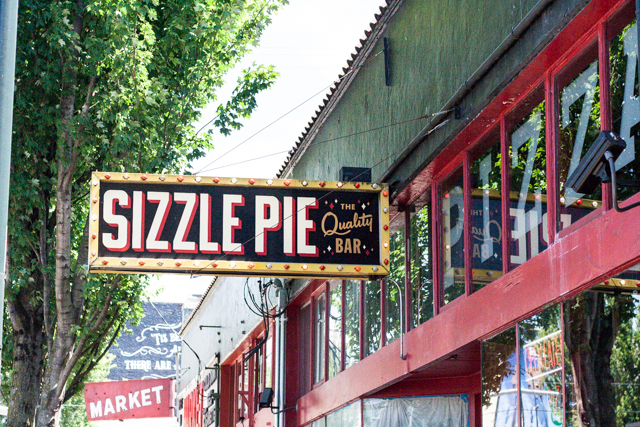 This pizza parlor paid attention to the small details, making the inside feel more like an experience that just a normal pizzeria. 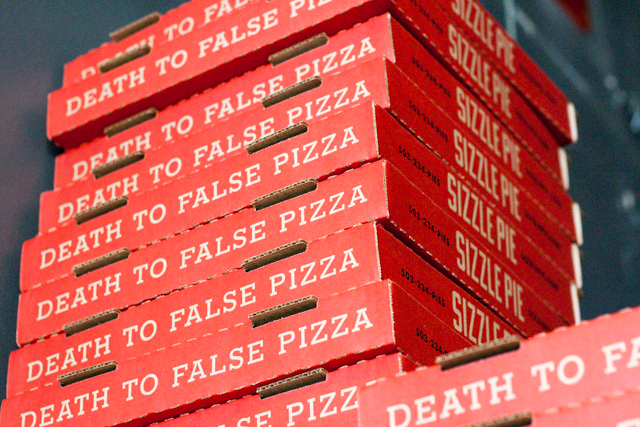 I ordered a couple of slices, one was called the Rudimentary Penne, made with their New Deal Vodka cream sauce, roasted garlic, goat cheese and fresh basil. When they say roasted garlic, they mean it, placing entire roasted cloves on the pie. 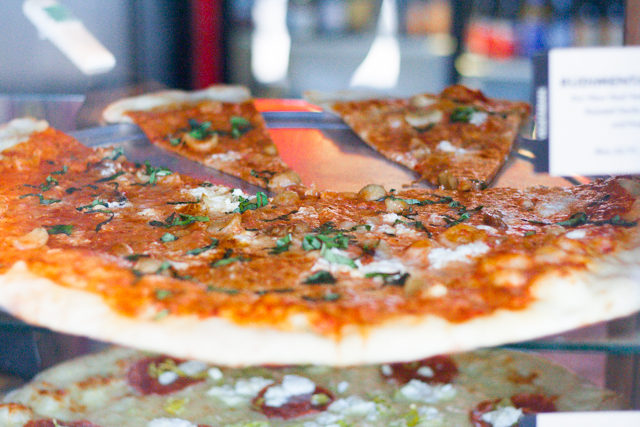 I also order The Ol’ Dirty (what is up with items called “old dirty” in Portland?), a white pizza made with salami, ricotta, olive oil and pepperoncinis that gave it a light spice that perked up the salami. 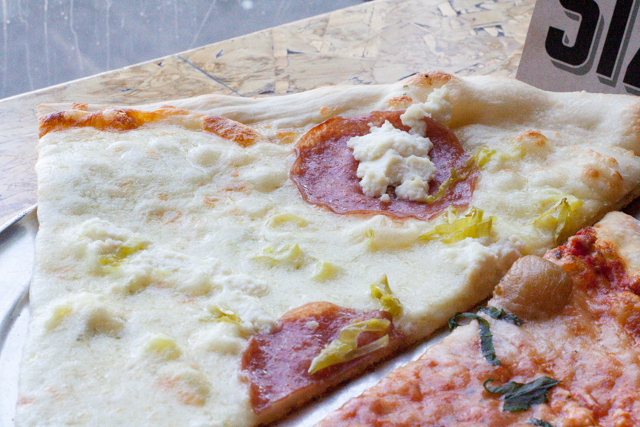 One of the parties during the conference was catered by Crown Paella, an event company focused on traditional Spanish cooking that specializes in giant paella and tapas. 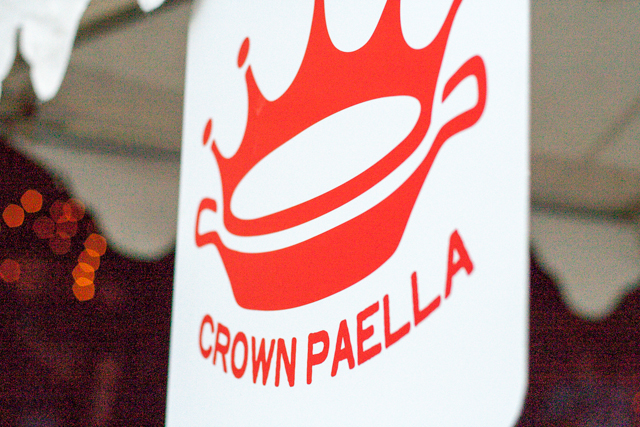 The paella was prepared in the traditional, and huge, paellera resulting in some of the best paella I’ve had this side of the Atlantic. 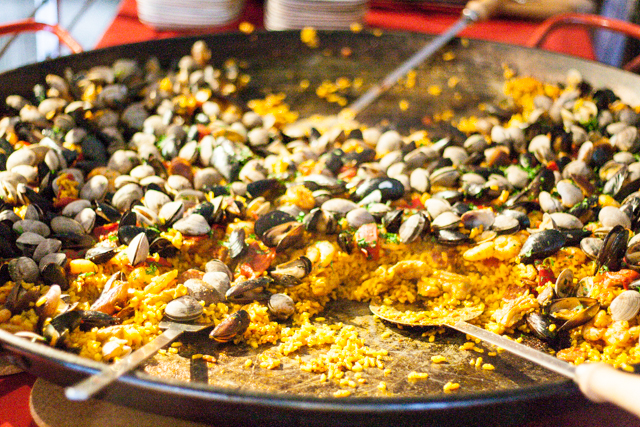 Go to the next page for images from two of the well known gastropubs in Portland.