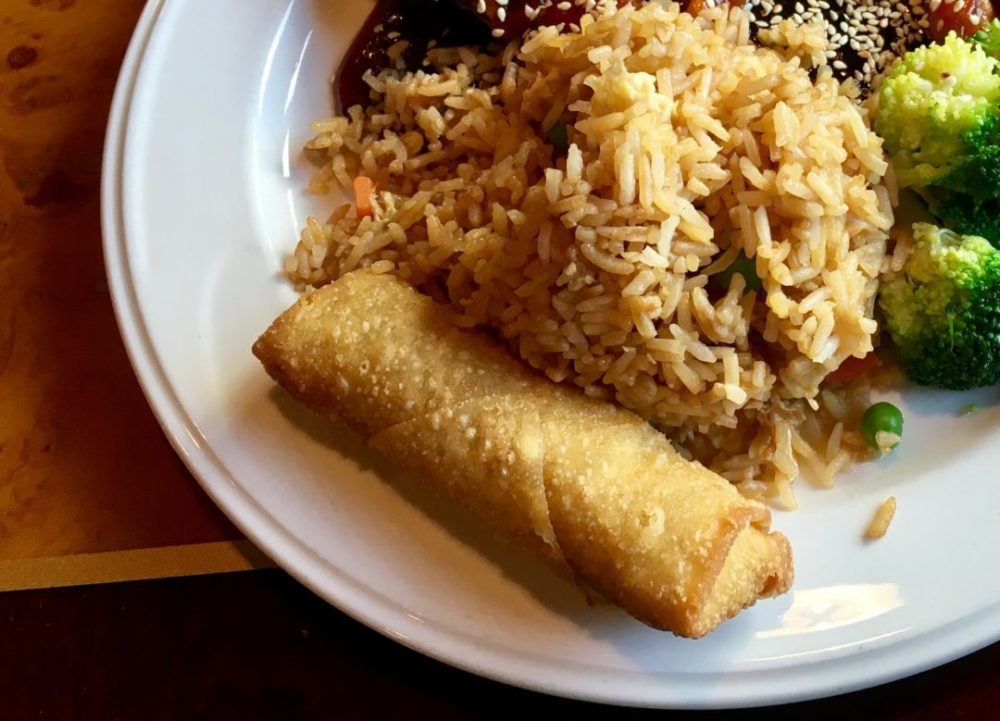 When I was a kid, lunchtime on a Sunday meant my family and I were headed to our favorite Chinese restaurant to share large platters pork fried rice and beef and broccoli. Even after I grew up and got married, I continued that tradition with my husband. So when I moved to San Antonio, I knew I would have to find a designated Chinese restaurant for Sunday Lunch. It ended up being a lot more difficult than I thought. Most places I found on Google were either fast food, takeout, chains, buffets, or worse—trendy Asian fusion spots that blended dishes like fettuccini alfredo and lo mein. There’s nothing wrong with those, but they weren’t what I had in mind. I was looking for honest-to-goodness traditional Chinese food.

A few weeks ago, I finally found it at Chin’s Garden. The small restaurant is tucked away in the Valencia Village shopping center on the corner of Bitters and Huebner. Honestly, if you weren’t looking for it, you’d probably miss it. Chin’s dining room is intimate and quiet with just a few tables and booths. I admit I was a bit skeptical on my first visit because the dining room was empty at a peak meal time. But I took one look at the menu and my skepticism melted away. Not only does Chin’s menu include traditional Chinese favorites such as Kung Pao chicken and beef and broccoli, it also Japanese entrees and sushi offerings.

Did I mention Chin’s Garden isn’t just quality Chinese food? It’s also quite the bargain. Whether you stop in for lunch or for dinner, you can spend less than $10 and leave fully satisfied. You might even have leftovers. Most of the classic entrees are available as lunch or dinner “combos” served with your choice of fried or steamed rice, hot and sour, egg drop, or wonton soups, and an eggroll—all for under $10. If you prefer family style, they also have generous full-size entrees available a la carte and priced at about $10-$15.

But what should you order? The wonton soup is a must. The broth isn’t diluted like at some Chinese restaurants. Instead, it’s a rich, nourishing chicken stock filled with tender pork wontons. And they don’t skimp on the chopped scallions. This soup is a perfect hangover cure or cold remedy. My friend ordered the wonton soup after a night of drinking and he couldn’t stop talking about it. Chin’s wonton soup is comfort in a cup.

I love that Chin’s combos include soup and an eggroll. Because I hate having to decide between my two favorite appetizers. The eggrolls are crisp, not greasy at all, and filled with flavorful ground pork and vegetables. Plus, the roll doesn’t taste like something plucked from under a heat lamp. That’s a winning combination in my book.

For me, pork fried rice is nostalgia on a plate—one of my childhood favorites. So I’m picky when it comes to my rice. Thankfully, Chin’s makes pork fried rice just the way I remember it. It’s chock full of chunks of sweet roast pork, carrots, scallions, peas, and bean sprouts. The crisp, earthy flavor of the sprouts marries perfectly with the slightly smoky flavor of the toasted rice.  The bean sprouts take this dish over the edge. Seriously. Plus many Chinese restaurants—especially takeout places—don’t go the extra mile and add the sprouts. Even if you order a combo that comes with rice, do consider ordering the pork fried rice as an add-on. It’s a massive portion, but you can share with a friend or take the extra home. Or, you know, finish it yourself. I won’t judge.

If crunchy is your thing, order the Kung Pao chicken. Chunks of diced thigh meat, celery, and peanuts, and marinate in what I can only describe as a tangy, slightly spicy barbecue sauce. It’s saucy, crunchy perfection. If you get the lunch or dinner combo, you have the option of choosing a side of fried or steamed rice. I recommend the fried rice. I know what you’re thinking: this girl is obsessed with fried rice. Trust me. This rice is delicious. It’s not like the dry, flavorless fried rice served at some takeout restaurants.

Other standouts from the menu include the sesame chicken and the crispy beef. I’d describe those too, but that would mean that I’d have to admit how many times I’ve eaten at Chin’s in the past month…If you’re looking for quality traditional Chinese food at a reasonable price, head to Chin’s Garden. Your stomach will thank you. And if you happen to live within Chin’s delivery radius, consider yourself lucky.