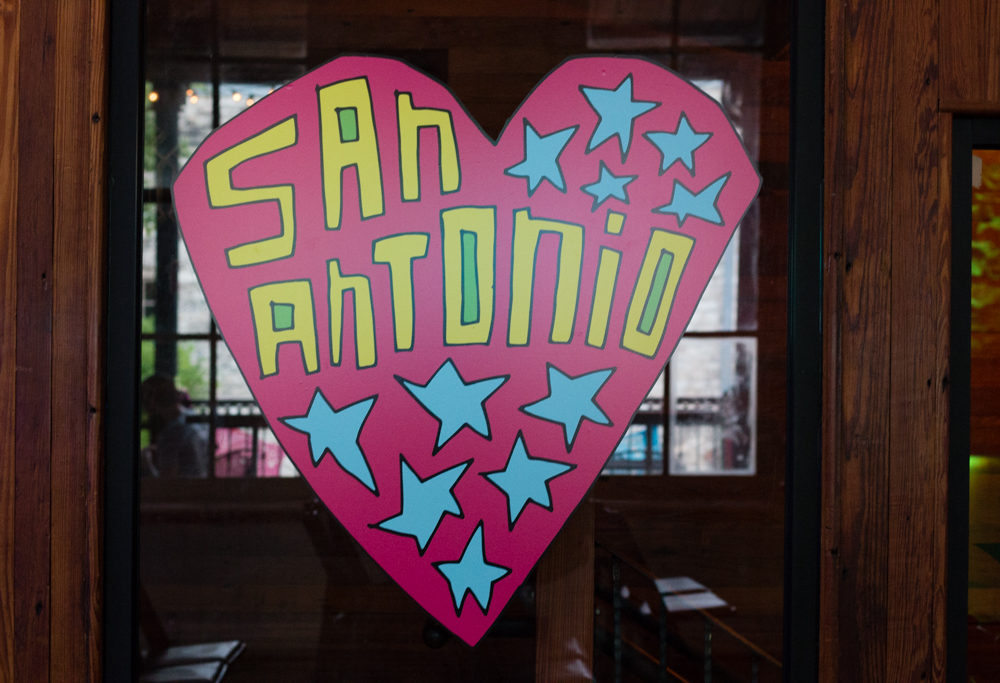 Updated at 9:26 a.m. — instead of a Austin vs. San Antonio taco battle, it’s now a friendly San Antonio competition between folks from Mi Tierra, Los Barrios and La Gloria.

Updated at 10:30 a.m. — check below to see the winners for the best modern, traditional and chef’s choice breakfast tacos!

SXSW is the premier festival to showcase the latest tech, film and music. But this year, San Antonio takes a central role at Casa San Antonio on 6th and Trinity. In our first city showcase put on by Choose San Antonio, we’re looking to show all the South By attendees what life is like a little South of Austin.

“The image of what San Antonio had to offer nationally and internationally lacked behind the reality,” Peckham told me in a recent interview.

A transplant from Brooklyn, NY, Peckham moved to the Alamo City in 2011. Upon leaving, many of his friends couldn’t understand why he would relocate to San Antonio. Comparing notes with other transplants, Peckham found that they faced similar questions from their peers.

Peckham believes that Visit San Antonio spreads the message that the city is a great place to visit and economic development organizations do a great job of recruiting employers, however, he noticed a gap. No one was recruiting people to live in San Anotnio.

“In order to attract someone to move to your city, you not only need to offer them a great opportunity, but they need to have some faith that they’ll like living there,” Peckham says. “This helps small business owners compete if San Antonio has a more vibrant reputation.”

Peckham believes that San Antonio needs to have a presence wherever influencers gather so we can more quickly and efficiently spread our message that our city is a great place to work, live and play. And there is no better choice than SXSW.

“SXSW is one of the most vibrant of these influencer festivals, it’s a figurative World’s Fair of creative, entrepreneurial and business talent,” offers Peckham. “People from around the world come to this conference and its just 70 miles away from us. It would be a missed opportunity if we didn’t show up to the table.”

And being so close to Austin gives San Antonio a huge advantage. Choose San Antonio will have over 100 people in attendance to talk about our city and engage people who are interested in learning more. And don’t discount the number of locals that will drop by, becoming even “unofficial” ambassadors to Choose San Antonio.

San Antonio will have the largest city sponsored presence ever at SXSW transforming the Old School Bar and Grill on the corner of 6th and Trinity into Casa San Antonio. The experience is under the creative direction of renown San Antonian artist Cruz Ortiz, with brightly colored posters in his cosmic cowboy style.

Additionally, Casa San Antonio will have over 40 events over three days, 16 of which are official SXSW programs and panels. “That’s one of the things that makes our activation different than what cities have done in the past,” Peckham says. “We’ve partnered with SXSW to curate official panels. And we have industry and topic specific networking events and parties.”

Some panels that jump out include discussions on Voter Technology with Texas House Member Diego Bernal, the differences in opinion on Tech vs. Craft when making food that features Michael Sohocki of Restaurant Gwendolyn and building a Digital Media Strategy for Championship Teams with James Chandler of the Spurs.

But determining the success of the presence at SXSW is a long term play.

“Success for us goes back to our mission to promote San Antonio to the world. We are not measuring it from a single event activation, the number of people the next day who decide to move the next day,” Peckham believes.

Instead, Choose San Antonio is looking to see how the perception of the city changes among different focus groups, particularly young professionals. The reason is that these are the most mobile members of the society, who may experience different cities before deciding on which one they want to reside in.

And as a person who was once a mobile young professional, I can attest to how sound of a strategy this is. By moving to San Antonio over a decade ago, I was drawn into the culture and feel, and ultimately chose to start a family here.

The Taco Battle That Wasn’t

One of the draws for me to Casa San Antonio was to witness the Taco Battle to take place between San Antonio and Austin. Ever since that infamous Eater article, a lot of barbs have been traded between the two cities and this was to settle the issue.

While Chef Johnny Hernandez was tapped to represent our city, no one emerged from Austin. Chatter on Twitter shows that the Tamale House East was interested, but couldn’t get in touch with the organizers.

After the official Taco Summit the previous day with both of the city’s mayors, I think that it’s safe to say that this controversy is put to bed—at least for now. If anything the Taco Battle turned out to be a lot of fun, calling out attention to the differences between both of our cities. And to paraphrase José Ralat of The Taco Trail, it also turned into an opportunity for people to take a critical look at a dish that many may take for granted.

In spite of that, Chef Johnny was on the scene, offering up an array of tacos—including barbacoa—to the hungry patrons giving every one a little bit of the taste of San Antonio flavor. I might be biased, but if the battle actually took place I don’t think Austin would’ve stood a chance.

UPDATE 9:26 a.m. Janet Holiday, CEO of the CE Group and  emcee at Casa San Antonio, said that since our cities came to a resolution to to stop warring and noted that we South Texans take our tacos seriously. “It’s time for taco unity,” Holiday said.

So Chef Johnny Hernandez actually turned the taco battle, into a San Antonio breakfast taco showcase. Cariño Cortez of Mi Tierra, Diana Treviño of Los Barrios and Chef Johnny all served a handful of tacos to the judging panel in a friendly battle. Results soon!

For more information about Casa San Antonio at SXSW and why you should take a second look at San Antonio, be sure to visit www.ChooseSA.org.