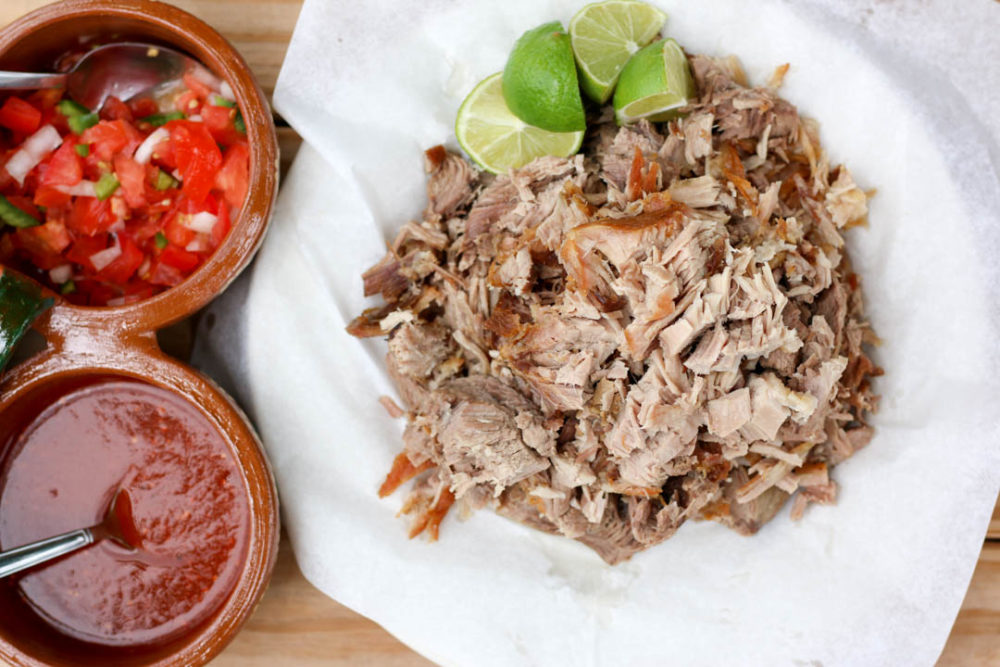 In a city where barbacoa is the king, it seems like carnitas doesn’t quite get it’s due. But holy carnitas Batman! This savory dish of tender pork cooked for hours plays the lead role at Carnitas Lonja. Heck, it’s practically a solo show and they prove that if you do one thing, you better do it well. 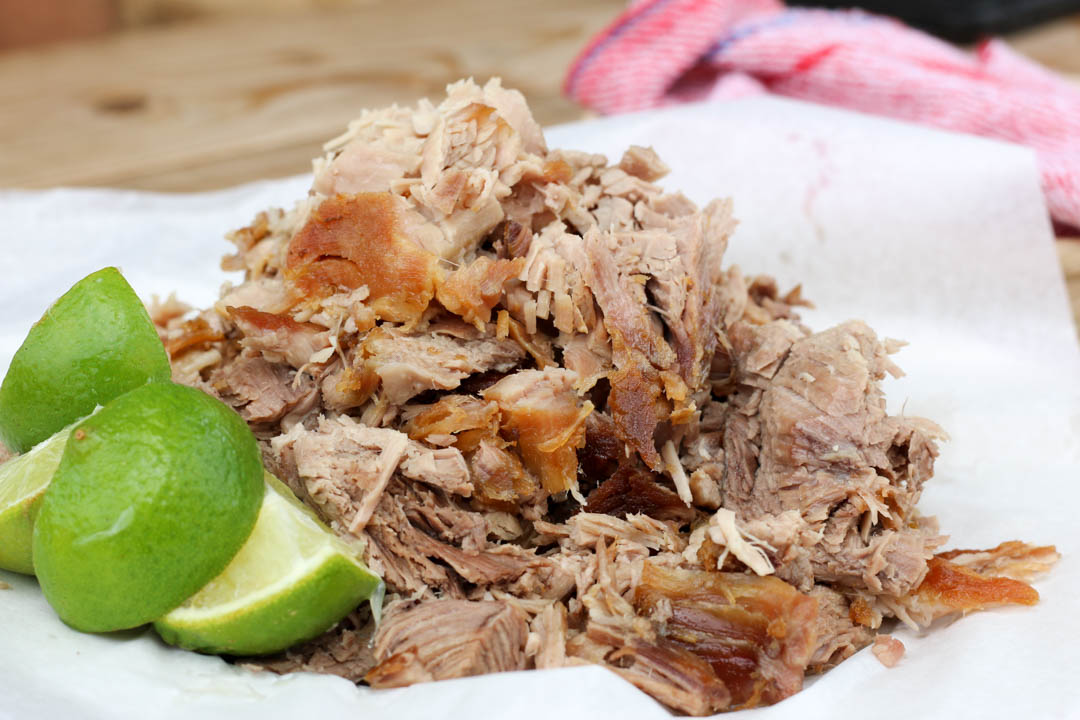 Just outside of 90/I-10 on Roosevelt, Carnitas Lonja is located on the Southside in an unassuming building with a few tables, no air conditioning and a chop block manned by Alejandro Paredes. To catch a bit of a breeze, you’ll want to sit outside on picnic tables where you’ll get much needed shade from the trees. Pro tip: you can really escape the heat by bringing a couple of ice cold beers; the restaurant is BYOB. 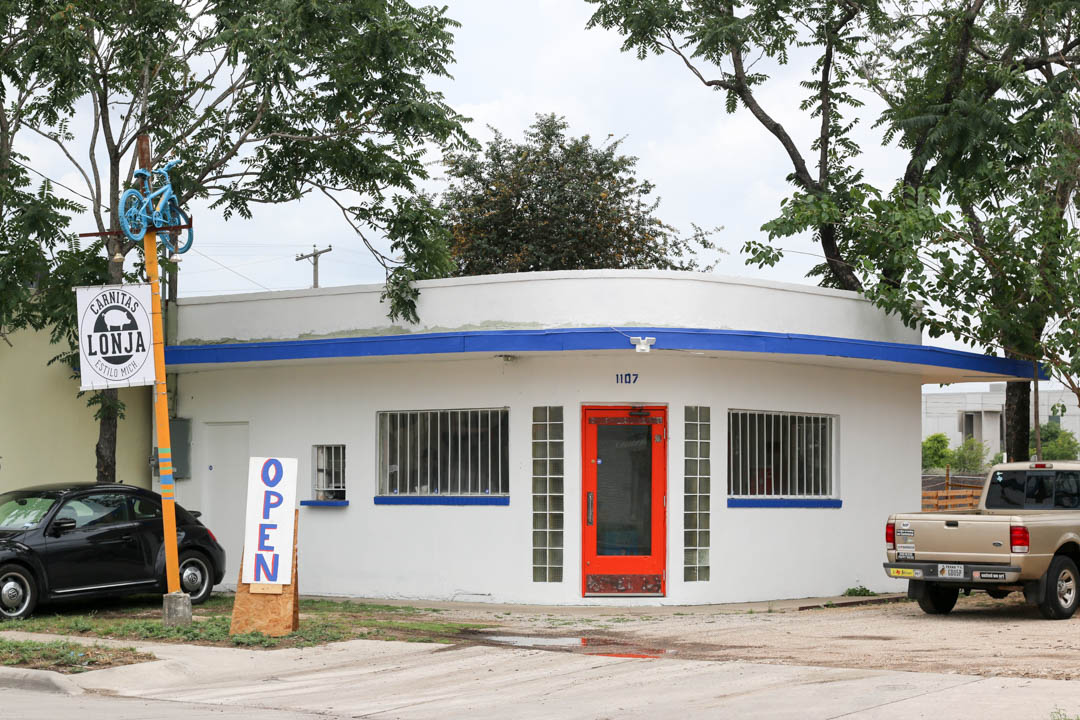 There’s a little porch outside where the carnitas are prepared in the traditional style in a huge pot—my friend from Laredo noted that there was no wooden paddle, but custom aside the flavor wasn’t impacted at all. Also outside, the hearty corn tortillas are cooked on a comal. 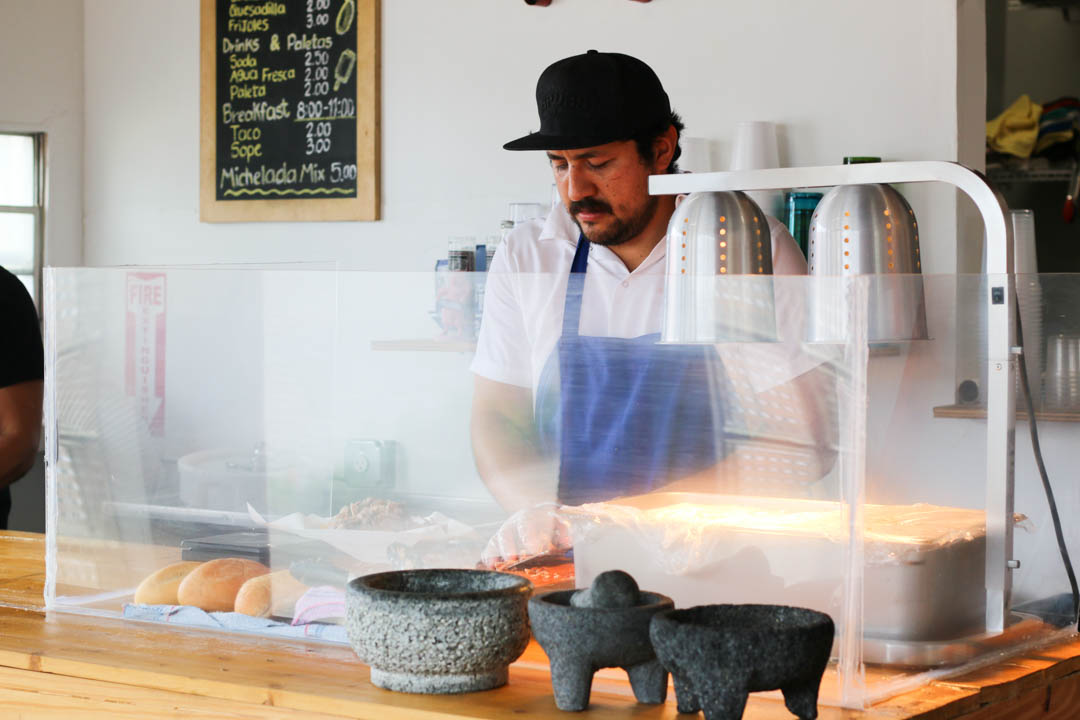 Alejandro Paredes is the co-owner and man behind the knife who can chop up a pound of carnitas in no time flat. I met him at the San Antonio Cocktail Conference Opening Party where I first ate the tacos, a dish everyone I was with agreed was one of the tops of that night. Alejandro told us about his concept for the carnitas restaurant that night and we’ve been looking forward to it ever since. 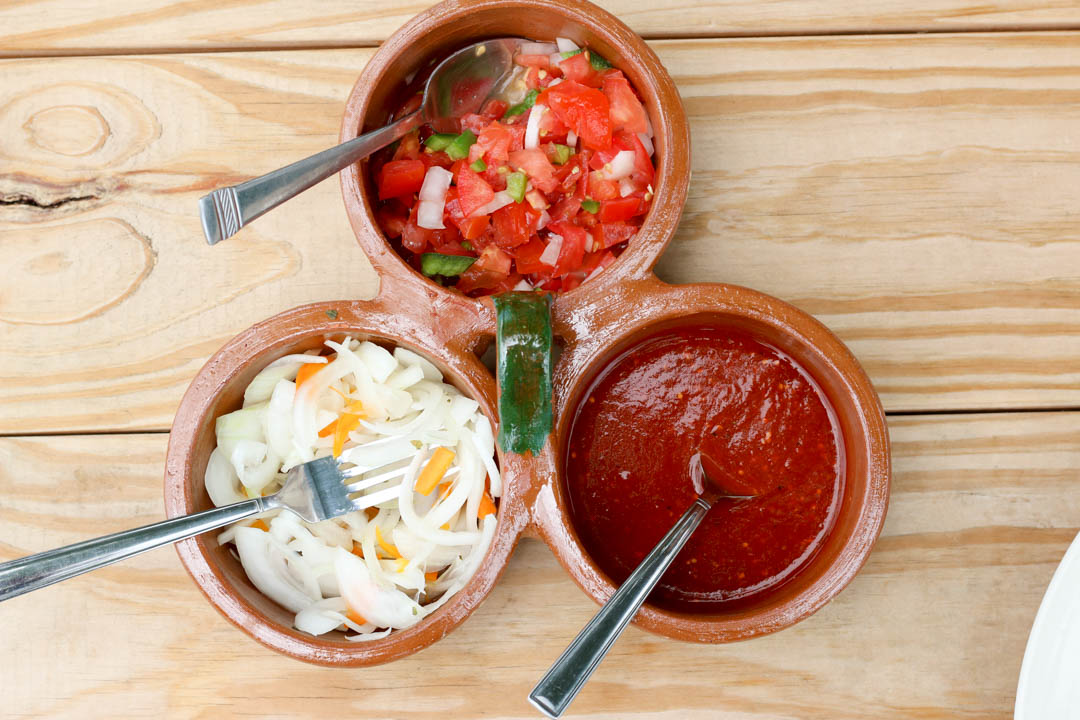 If you’re looking for any protein other than pork to go in your taco, Carnitas Lonja isn’t your place. We ordered the pound of carnitas for $12, which came with fresh made corn tortillas, pickled jalapeños, pico de gallo and escabeche—a quick pickled combination of onions, chile manzanos (little orange pepper that is sweet like a bell pepper but carries a little heat on the back end) and oregano. We also decided to get a side of guacamole that complimented the taco nicely. 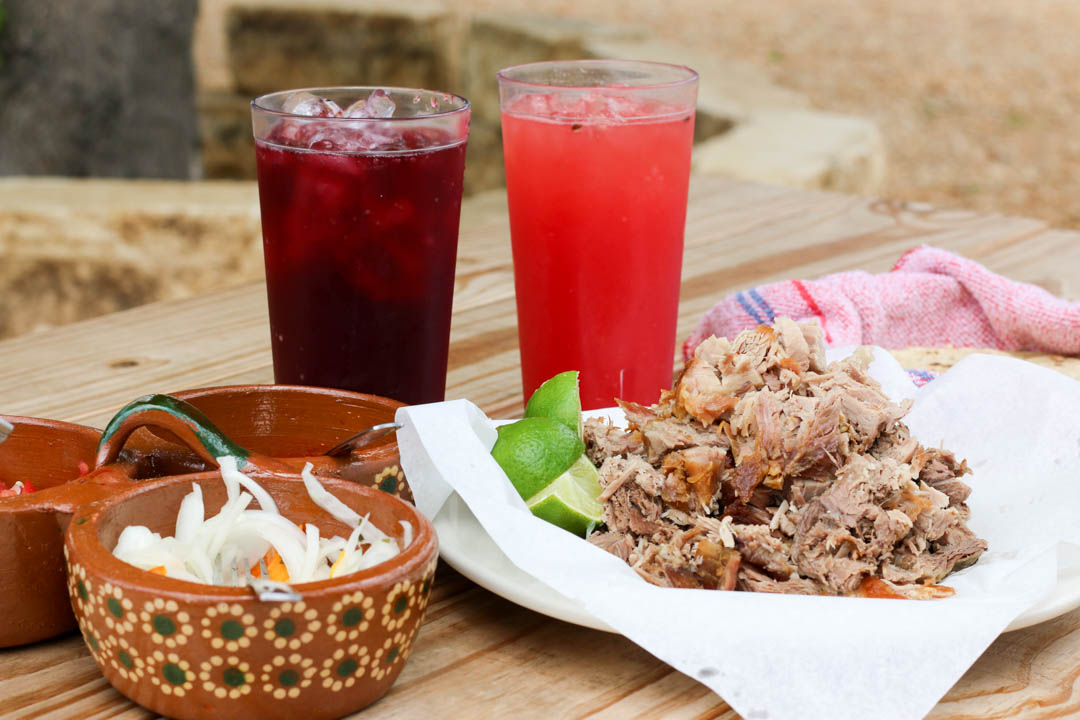 But as humble as the building might be, the food was presented with style. Instead of using Styrofoam containers, co-owner José Mota brought out the trio of salsas in the cazuelitas, the little clay serving dishes. The thick tortillas were served in a basket with a towel to keep them warm. And the meat was piled high on a plate, accompanied by a group of limes. 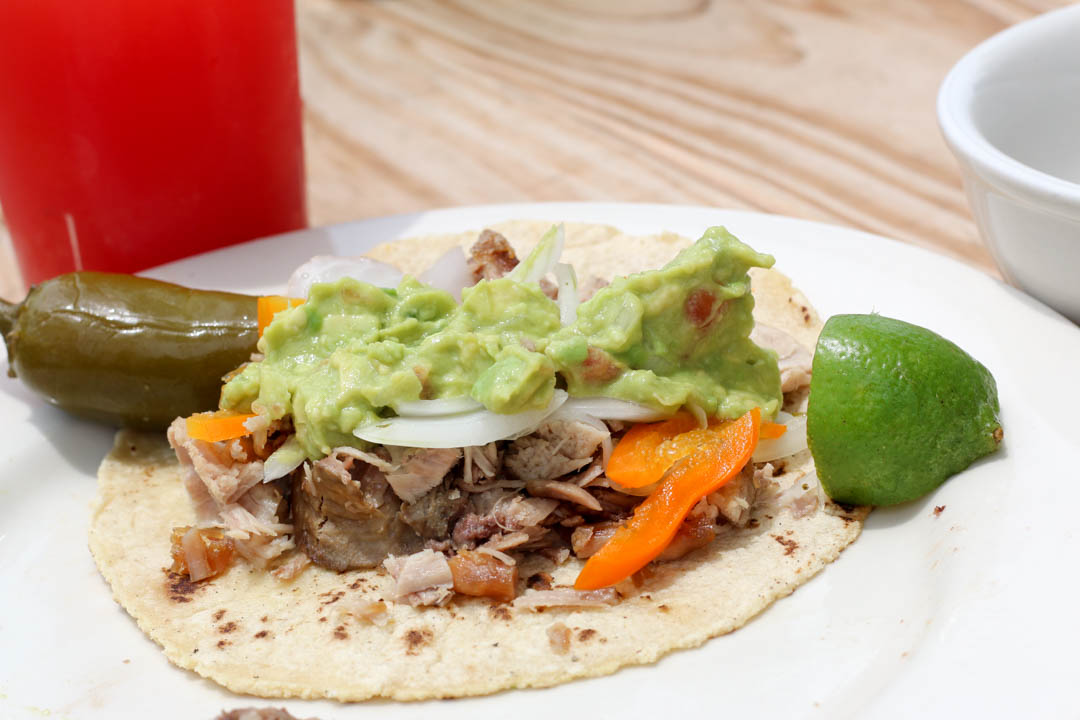 The outside of the carnitas was crispy and the inside very tender. The acidity of the escabeche went particularly well with the meat in those warm tortillas. The pound of carnitas would have easily fed four people, resulting in a $3/person lunch. The only thing missing was a Carta Blanca (unfortunately I dined there prior to knowing it was BYOB), some live music and a little bit of cilantro.

That’s OK though, I know that I’ll be able to remedy one of the three on a return visit in the near future.