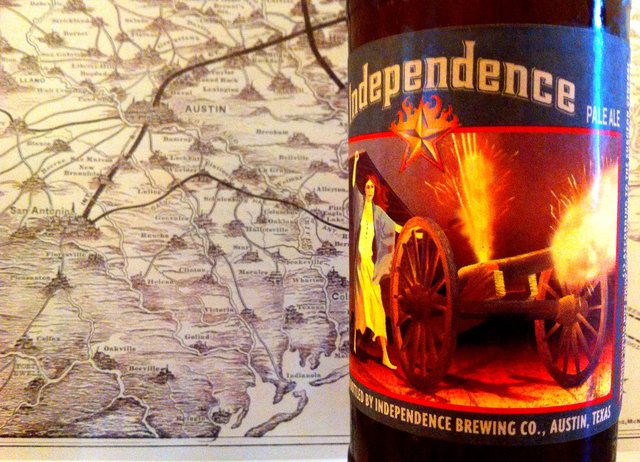 So there I was grocery shopping a day before celebrating Texas Independence Day and I spotted Independence Brewing Company’s Pale Ale on the top shelf of the beer section. I’d like to say there was a mystical spotlight on the six-pack or that the lady firing the cannon on the label spoke to me, but alas, I cannot. I’ve never really felt compelled to purchase Independence Brewing beers, but I thought this purchase would be appropriate considering the Texas holiday and this series’ focus on Texas beers. I’m glad I did.

I’ve enjoyed a few of their beers in the past, and as of right now, this American Pale Ale is by far my favorite. The aroma of four hop varieties is mouthwatering and a nice introduction to the flavorful ale. I’d say it’s a very drinkable beer if you appreciate hops. It’s a bright, somewhat citrusy ale that leaves a lingering hop flavor in your mouth. Tex-Mex or pizza will pair nicely with this one.

Located in Austin, Independence Brewing has come a long way since their beginning in October of 2004. With five year-round and four seasonal beers, these Texans are indeed producing several handcrafted gifts for the Lone Star State. The beers you can find year round include: Austin Amber, Stash IPA, Convict Hill, Bootlegger Brown, and Independence Pale Ale. Their seasonals are Sungazer Saison, Independence ESB, Jasperilla, and Oklahoma Suks (How great is this name for a Texas Beer?). 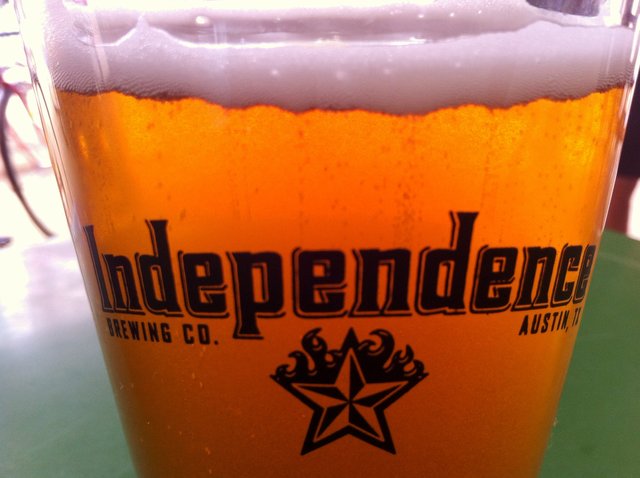 You’re pretty much guaranteed to find Independence beers at Whole Foods, Central Market, and Gabriel’s if you want to take some home with you. Draft will be more of a challenge to find. Sadly, I’ve never seen it on draught at the Flying Saucer, but you’re likely to find some of their beers on tap at the Friendly Spot and Boneshakers near downtown.

This post was contributed by local blogger and beer fan Wesley Craig of Wes’ Cravin’s a San Antonio blogger who is on a journey to find, enjoy and share his own experiences and opinions about the delicious food and drink he comes across in the Alamo City. As much as he loves this, what he loves most is fulfilling his calling as a Christian minister and also spending time with his wife Susan and daughter Meadow. Read more articles that Wes contributed to SA Flavor.