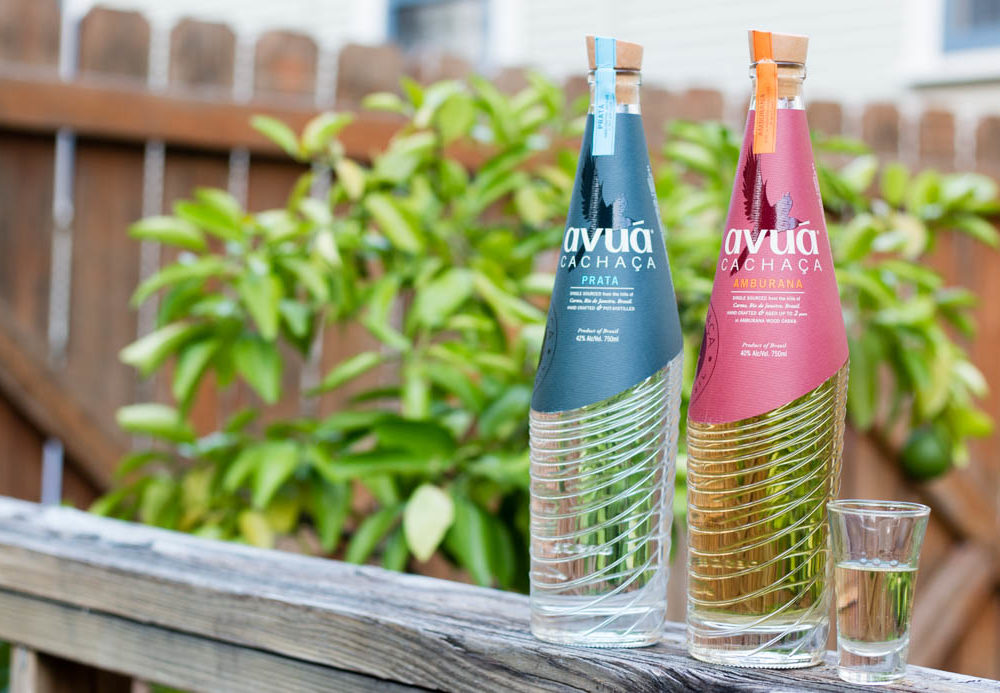 I’m an Olympics nut—I suddenly become interested in obscure sports (dressage anyone?) and get chills hearing the theme song every time the two-week sporting spectacle roles around. And while I won’t be able to make it to Brazil in person, I can still experience the country through its national spirit cachaça. I learned a little more about this liquor from the folks over at Avuá Cachaça, one of the only cachaça brands exported to the U.S. that’s made exclusively in Rio.

A category not extremely well known in the States, cachaça dates back to the 1500s and is a very similar to rum. The main difference is that cachaça is made from fresh sugarcane juice rather than molasses. Unaged cachaça is bottled immediately after distillation whereas the aged cachaça can be rested in either French Oak or one of Brazil’s 28 indigenous woods.

“Avuá Amburana is the only cachaça available in America that is aged in native Amburana wood, giving it cinnamon and nutmeg notes and a creaminess on the palate,” Avuá Co-founder Pete Nevenglosky said. “The variety of woods, combined with the heat of the production environment, produces a cachaça range imbued with the flavors of the indigenous wood they are stored in.”

Benjamin Krick, General Manager of Juniper Tar, said that it’s fun to use cachaça in cocktails because of its funky, vegetable aromatics. “On the palate it can be very bright and refreshing while still obtaining its full body and richness,” Krick offered. “I find the versatility of cachaça very intriguing and fun to work with.”

While Americans are familiar with cachaça as used in a caipirinha, Avuá wanted to showcase the versatility of the spirit and help educate consumers about its use beyond that classic cocktail. So in honor of the summer Olympics in Rio, Avuá put together a “Team USA” roster of 25 of the country’s top bartenders to create unique cachaça cocktails. And it turns out that Krick is a member of this elite group, creating the Rio de Campeões cocktail.

“Rio de Campeões translates to ‘River of Champions,’ which is a play off of Rio de Janeiro,” Krick told me. “I find the name very suiting for not only the Olympics but for our own River City. The cocktail will be featured all summer [at Juniper Tar] to promote the 2016 Olympic Games.”

Get the recipe for Krick’s Rio de Campeões, one of the top 11 cachaça cocktails, in the video below.

And while cachaça can be the base spirit in cocktails, it’s often consumed alone—or paired with a Pilsner—in Brazil. “Neat with a complementary beer is one of my favorite ways to drink Avuá Cachaça, particularly the Amburana and Oak aged version,” Nevenglosky said.

So whether you decide to make a simple cocktail like the caipirinha or something more adventurous like Benjamin’s Rio de Campeões, enjoy the Rio Olympics with Brazil’s national spirit. I’m betting that cachaça will make those obscure sports like Dressage, Rhythmic Gymnastics and Handball far more entertaining.

Thanks to Avuá Cachaça for providing some samples of their cachaça for this article and check out other cocktail recipes on their site.