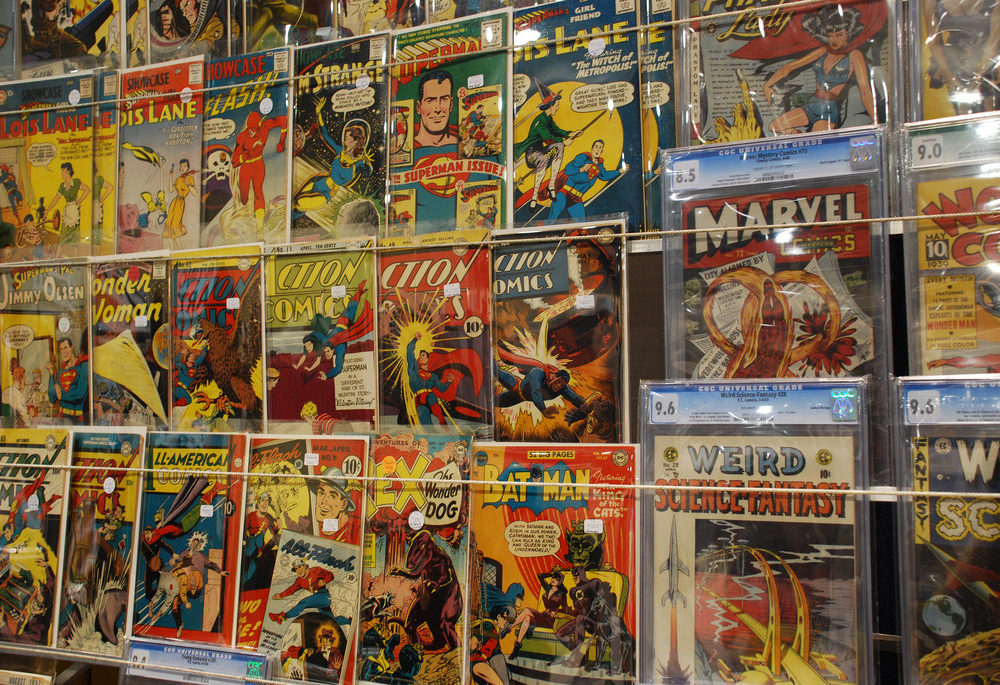 I’m a story-sponge. And if the story involves heroes, heroines, vigilantes and villains—oh man, do I want to hear it (especially if it’s Batman-related). My appreciation for a great story is not alone: people’s passion for stories has fostered many communities. And at Alamo City Comic Con, that passion is celebrated, whether it’s the characters, writers, artists or anything in between.

This convention brings together comic book, science fiction, video game and other pop culture communities to “nerd out.” I’ve yet to attend an actual Comic Con—unless you count the 2014 Supernatural Dallas Convention—but I plan on being at Alamo City Comic Con this year on October 28th through 30th. Here are the four things I’m looking forward to this weekend:

Creative CosPlay
One of my favorite holidays is Halloween. Why? Because I enjoy all the costumes and the creativity that goes into creating them. Fortunately for me, Alamo City Comic Con and Halloween are on the same weekend, creating a super-Halloween-CosPlay-extravaganza. But as opposed to Halloween, CosPlay costumes tend to focus more on reaching maximum authenticity, awing fans as characters strut around the convention center. Side note: even though I am a gigantic Batman fan, I’m on the hunt to see a Gambit.

Vendors: Adding to a Collection
I don’t mean to brag, but I have a mini memorabilia collection in the works. And when I say mini, I mean about five very small and non-extravagant items consisting of a toy model of Supernatural’s ‘67 Impala and a H.Y.D.R.A. lapel pin. However, it’s time to add to my collection and Alamo City Comic Con will be a perfect time to scour my options, as vendors make up a large portion of a Comic Con’s activities. Food, merchandise or art—you name it, there will be a vendor for it. Unique merchandise and vibrant art pieces will be on display and prepared to go home with a worthy attendee—if the price is right.

Panel Hidden Gems: Something for Everyone
Alamo City Comic Con is amazing in the fact that they bring big-names from pop culture to our city. This year, the cast of Netflix’s Daredevil and Stranger Things, as well as FOX’s Gotham are highly anticipated. But those aren’t the only panels available! Visiting the official website, I discovered many small-screen actors, screenwriters and performers that are must-sees during the weekend event. For me, those hidden gems are Kristy Swanson (Buffy from the original movie) and Lindsey McKeon (who starred in One Tree Hill and, yup, you guessed it, Supernatural). Other panels include educational opportunities to learn from young adult writers and Sci-Fi illustrators.

The Alamo City Comic Con Community
Do you remember that Step Brothers scene when Dale and Brennan discover they have more in common than they originally thought? That iconic scene when the line, “Did we just become best friends?” is spoken? That’s exactly what being a part of a fandom is like. And if you’ve never been a part of one, you’re missing out. Having that instant camaraderie with a stranger because you both enjoy the same television show or movie series is one of the most bizarrely-wonderful experiences. At Comic Con, you can expect to find many fandoms all congregated in the same building. This makes for a great chance to immerse yourself with the community, make new friends and geek-out without the fear of being judged. And that’s worth the price of admission alone.

Alamo City Comic Con is on its fourth year and appears to be picking up speed. Each year, its attendance has skyrocketed, with last year’s reaching 78,000. As the convention grows in attendance, new events and panels are added. Alamo City Comic Con is carving out its own little piece in San Antonio, welcoming the community to embrace their nerdom interests. Don’t miss out—I know I won’t.