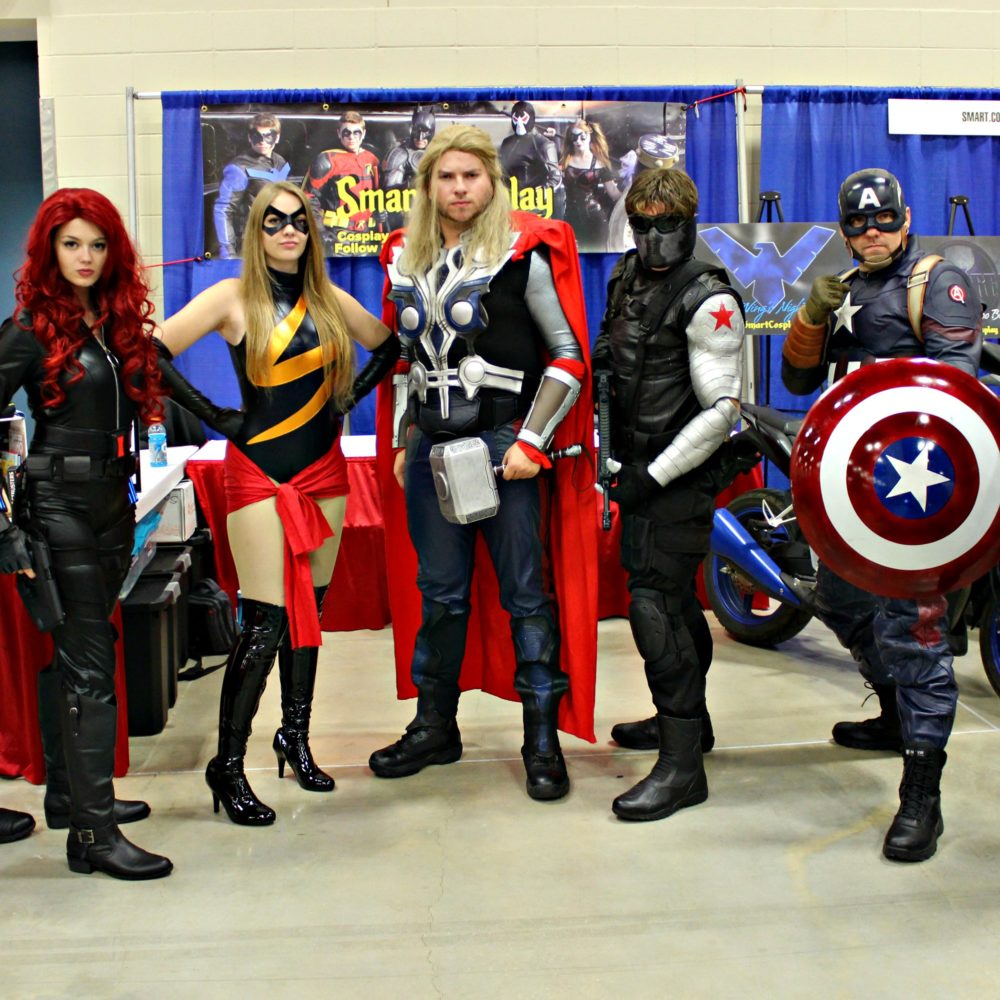 When I walked into Alamo City Comic Con at the Henry B. Gonzalez Convention Center, I was overwhelmed in the best way possible. Like I mentioned previously, I had never attended a Comic Con until today. And for the first time, I fully understood the idiom, “like a kid in a candy store.”

There was so much to see and do, making me feel so grateful that this is a three-day long event. I was instantly sucked into all the activity from cosplayers to the walls filled with merchandise. I was taken aback by how many people dedicate their time to cosplay and are willing to stop and pose every five minutes for a picture.

And when I say pose, they pose. Their stance, from how they set their feet, position their shoulders, and wield their prop, plays ode to the character they emulate and idolize. Transforming into their character takes time, meticulous planning and even lots of paint. In fact, there was a body painting booth in the back of the main hall.

But the cosplayers aren’t the only ones passionate about their role at Alamo City Comic Con. The vendors and exhibitors added variety to the scene.

What was unique about this large group of people was how each person was supportive of one another. In one instance, I asked an artist if they had any prints of a specific character. Unfortunately, he didn’t, but he told me he knew someone who might. He strolled from behind his table, led me to another booth, and asked the other artist if he had what I was looking for.

It is amazing how characters and their stories can spark such a sentiment that interweaves a group of people. It brings together people of all ages.

Alamo City Comic Con left such a powerful first impression. Being able to view the interactions and enjoyment this event brings first-hand made me relieved to no longer miss out. This first day, I got to get my feet-wet, learn the ropes, and get familiar with the scene. I’m excited to see what the next two have in store.