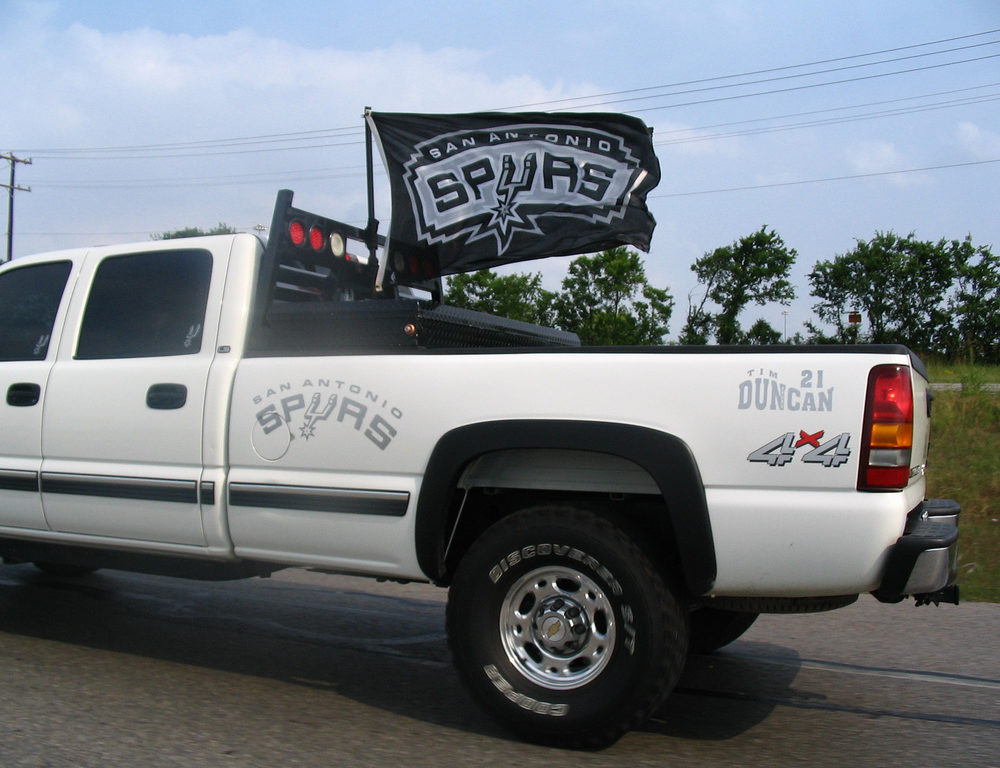 It’s officially time to put last season’s first-round ouster in the rearview mirror. The San Antonio Spurs are different this time—and in a good way. A re-tooled version of the roster has all the makings of a legitimate contender, familiar territory for an organization that’s won five championships against the backdrop of Tim Duncan and head coach Gregg Popovich’s relentlessly successful union.

As the 2015-16 NBA season gets underway, we’re taking a closer look at what to expect from the newest iteration of these Spurs. As usual, they’ll be good—but just how good?

General manager R.C. Buford elected to make some significant personnel changes this summer, adding some serious firepower to an already-impressive core. Chief among those changes was the arrival of a big man who can score prolifically from inside and out alike.

LaMarcus Aldridge had taken the Portland Trail Blazers as far as they could go. Coming off a career-high 23.4 points per contest, the 30-year-old reached a turning point this summer, exploring opportunities with several teams that included the Los Angeles Lakers and Phoenix Suns. On July 4, he announced that the Spurs had emerged as victors in what had quickly become the summer’s premier free agent sweepstakes.

It was a rare venture for San Antonio, an organization that’s typically shied away from major free-agent acquisitions (either by choice or circumstance). But even Buford and Co. knew better than to pass up an opportunity to land a difference-maker with deep Texas ties that included Aldridge’s NCAA stint with the UT Longhorns.

No one really expects Aldridge to fully replace Duncan. But when the latter finally decides to retire, there’s little doubt the former will go a long way toward maintaining the team’s interior presence. Yet for the time being there’s every expectation the two will complement each other.

Duncan has become something of a defensive specialist at this late stage of his career, a rebounding machine who protects the rim and guards the pick-and-roll with ample acuity. Meanwhile, Aldridge is a dynamic scorer with range that’s particularly impressive from a big man. Comparisons to Dallas Mavericks icon Dirk Nowitzki may not be a perfect fit, but there are certainly similarities: a dizzying array of moves designed to create space, multiple sweet spots around the floor and a penchant for draining midrange shots from the elbow.

Put simply, Aldridge is a skilled offensive weapon, the likes of which San Antonio really hasn’t known since Duncan’s prime. It remains to be seen just how well he’ll fit into the club’s culture and tendency to share scoring responsibilities in nearly egalitarian fashion, but the legitimate opportunity to win a title should make up for the almost inevitable downturn in individual production.

“LaMarcus will be different,” Buford said this summer, per Grantland. “And we’ll be different than we were before LaMarcus. We have to figure out how LaMarcus will play within our group, and produce at levels that he’s capable of—and that are important to him, and to our success.”

Indeed, things will be a little different. The Spurs will go to the post more often, isolating Aldridge and allowing him to go to work. Aldridge will see fewer touches than he did in Portland. With both sides compromising and focusing on the bottom line, this should work.

Aldridge’s arrival wouldn’t have counted for much without some key returning pieces. Duncan averted retirement for at least one more season and sixth man Manu Ginobili return to join him in pursuit of what may well be one last title run. Better yet, both veterans accepted cap-friendly deals that paved the way for Aldridge’s hefty contract—the kind of gesture Spurs fans have all but come to expect.

The feel-good decisions from San Antonio’s elder statesman may have been overshadowed by San Antonio reaching a long-term extension with 2014 NBA Finals MVP and 2015 Defensive Player of the Year Kawhi Leonard. Even with Aldridge around, this may essentially remain Leonard’s team for the foreseeable future.

His rapid ascendance has made him one of the league’s very best two-way stars and a favorite among fans and coaches alike. There was never much doubt Leonard would figure something out with the franchise. Both sides wanted the relationship to last as long as it can, and Leonard could well follow in Duncan’s footsteps as the next star Spur to spend his entire career in Silver and Black. The 24-year-old averaged a career high 16.5 points last season, even as he made his most prominent mark on the defensive end.

Crucial as it was to re-sign Leonard, it was his partner on the perimeter who could be this season’s X-factor. Danny Green was also a free agent this summer, and his three-and-D skills have become an essential component of San Antonio’s winning formula. The 28-year-old shooting guard reached a four-year agreement with the organization, assuring that the Spurs will retain one of the league’s elite defensive tandems on the wing. It doesn’t hurt that Green’s made at least 41 percent of his three-point attempts in each of the last four seasons. He may not be the club’s first scoring option, but that doesn’t make him any less dangerous when he finds an open look from beyond the arc.

The Spurs’ most valuable pieces returned with little coaxing, but a few Spurs became casualties of the ambitious project to land Aldridge.

In order to clear much-needed cap space, San Antonio traded center Tiago Splitter to the Atlanta Hawks. That means Duncan will be the club’s de facto center this season while Aldridge will likely share responsibilities in the middle when Timmy exits the game. Splitter will be missed, but few will complain about making the move that made it possible to sign Aldridge.

Swingman Marco Belinelli and backup point guard Cory Joseph departed via free agency, striking deals with the Sacramento Kings and Toronto Raptors, respectively. Though both were key members of the 2014 championship run, the franchise couldn’t afford to pay them the kind of money they found on the open market. Their absences will almost certainly impact San Antonio’s once incomparable depth, but Buford managed to find some affordable replacements that should comprise a plenty-respectable bench unit.

While Aldridge’s arrival stole most of the headlines, power forward David West should prove himself an absolutely vital member of the second unit. The 35-year-old left nearly $11 million on the table, declining his option to rejoin the Indiana Pacers in a bid to compete for a championship in San Antonio.

“People are talking about what I gave up,” West told Yahoo Sports’ Adrian Wojnarowski this summer, “but not as much about what I’ve gained here.”

It’s the kind of sacrifice that has frequently characterized this team’s talent, and there’s little doubt the ever-passionate West will become an instant leader on the Spurs’ bench. He’s also likely to earn a few starts when it’s time to give Duncan a night off.

Fans should also keep an eye on point guard Ray McCallum and center Boban Marjanovic. McCallum was acquired from the Sacramento Kings via trade and should compete with Patty Mills to earn minutes behind Tony Parker, perhaps replacing Joseph in the Spurs’ backcourt rotation. Marjanovic’s opportunities may be more limited with West and Boris Diaw around in the frontcourt, but his 7’ 3” stature could be useful against more sizable opposition.

San Antonio also signed swingman Jonathan Simmons from the Development League, and he’ll likely vie with second-year forward Kyle Anderson to replace Belinelli as the go-to option when Kawhi gets some rest. Aside from Aldridge and West, the rest of the organization’s additions are fairly unproven. But given Buford’s well-documented history of finding diamonds in the rough, there’s a better-than-decent chance guys like McCallum or Simmons make some useful contributions this season.

For what it’s worth, the Spurs also added veteran shooter Rasual Butler to the bench. Don’t expect him to play huge minutes, but he’s still a useful situational player at age 36.

So much hinges on whether starting point guard Tony Parker can stay healthy. It’s not enough for him to just be in the game. He’ll also need to avoid the kind of nagging injuries that have plagued him in recent years. Mills have proven himself a capable scorer off the bench, but Parker is still this team’s best playmaker. He can create for himself and others, making the most of talented spot-up shooters like Leonard and Green. He’s also San Antonio’s best penetrator, at least when he isn’t hampered by a bump, bruise, strain or sprain. And that’s the key: Parker has to be a dynamic offensive presence, more than a guy who pulls up and shoots from midrange to varying degrees of success.

Parker’s scoring may decline on account of Leonard’s ascendance and Aldridge’s arrival. That doesn’t make him any less important to San Antonio’s formula. This is still a team that depends on constant ball movement, and that all starts with Parker’s ability to initiate offense. So long as he’s playing at 100-percent capacity when March and April roll around, the Spurs will remain an awfully tough out.

Good as the newly configured Spurs look on paper, only time will tell if they really mesh together in real life. No amount of talent can guarantee that kind of thing. That said, this team has a long history of making things work. Buford finds the right kind of people, and Popovich gives them the right kind of guidance. It’s proven a consistently effective one-two punch.

The bigger concern is the rest of the ultra-competitive Western Conference.

The Golden State Warriors haven’t taken any steps back after winning the title in June. The ever-dangerous Oklahoma City Thunder will begin the season healthy after a 2014-15 campaign that was fraught with injury. The Los Angeles Clippers did some roster tinkering of their own, and any team led by the likes of Blake Griffin and Chris Paul probably belongs in the championship conversation. Finally, the Houston Rockets should remain formidable after adding point guard Ty Lawson to a backcourt rotation that already featured James Hardin and Patrick Beverley.

And that’s just the West. Assuming the Spurs can outlast the other in-conference contenders, they’ll likely have to meet up with the Cleveland Cavaliers or Chicago Bulls, the darlings of a steadily improving Eastern Conference. None of this will be easy, even for a team with arguably the best interior rotation in all of basketball.

One should fully expect the Spurs to finish among the top three seeds in the West, a potentially key improvement over last season’s more modest road to sixth place in the conference. Assuming San Antonio can lock up homecourt advantage in that first round, a deeper playoff run should be in the offing.

Needless to say, that’s an awfully long way away.

The important takeaway is that San Antonio will once again be in the mix in 2015-16, likely more so than it was just a season ago. Spurs fans have come to expect nothing less, and they’ll probably find those expectations rewarded yet again. Championships are never guaranteed, but you just know this team will remain one of the favorites to bring yet another one home.