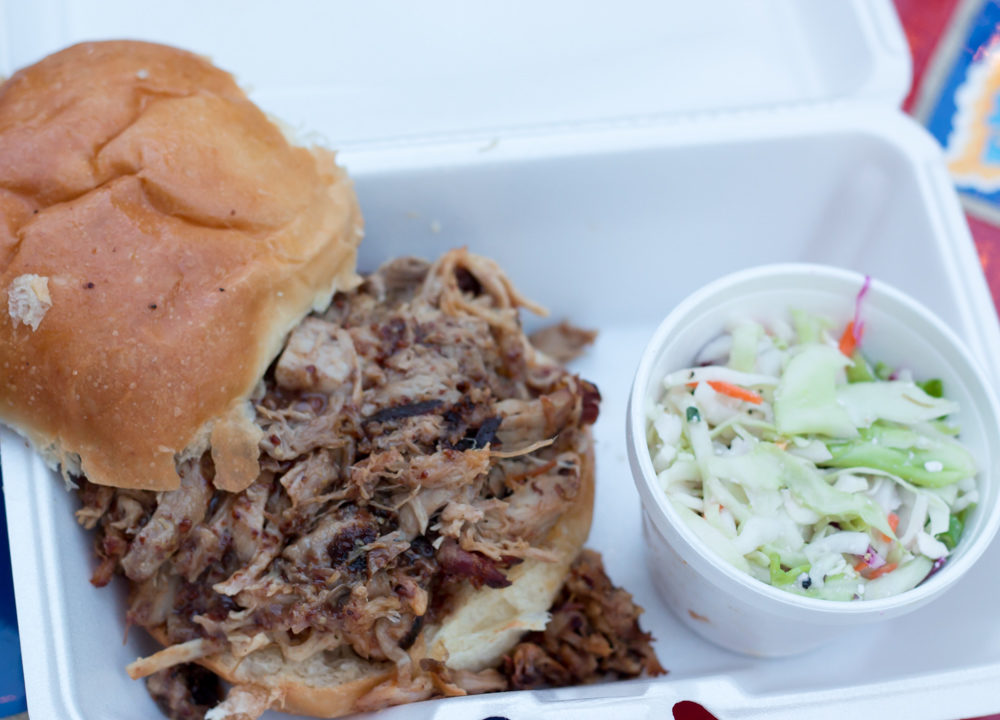 There are plenty of changes happening along the Broadway corridor. New apartments, trendy watering holes and funky restaurants target both young professionals and hipsters alike to inner city living. But amidst all the change, it is nice when a new establishment gets back to the basics. The Smoke Shack does just that in the northern park of the Mahncke Park neighborhood.

The food-truck-come-brick-and-mortar moved from its satellite location at 410/Nacogdoches into the A-frame building across the street from The Witte. The white paint of The Smoke Shack stands in start contrast to the loud yellow of the former tenant Cachito de Mexico. Drivers can smell the smoke from the pit as they pass by the restaurant along Broadway. Parking is limited, so you can either park in the lot behind the restaurant or along the street. 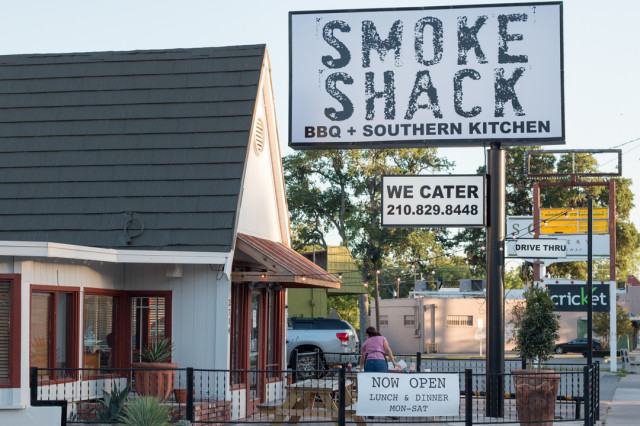 The Smoke Shack recently expanded their lunch service and now offers dinner. I decided to take advantage of their new offering and stopped by for takeout one night. My wife ordered a pulled pork sandwich with a side of coleslaw ($8) and I got a three-meat (brisket, sausage, chicken) and two-side (spicy cream corn, potato salad) plate ($14). Be sure to get either a lemonade or strawberry lemonade to wash everything down. The refreshing beverage is handmade and brought in by the good folks at The Lemonade Company. 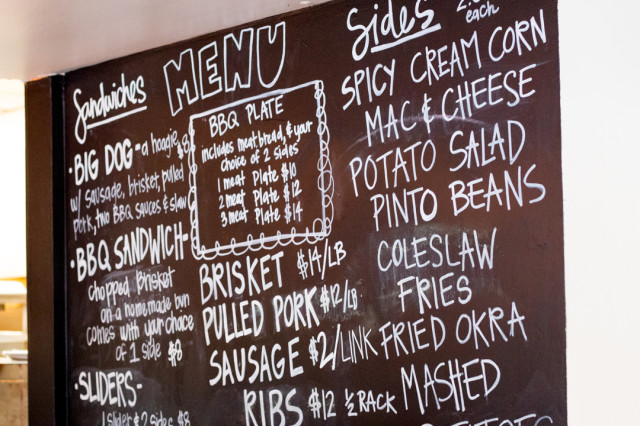 The sausage and chicken were solid, both with a terrific smoky taste. The chicken was particularly tender, and even though I know it is terribly unhealthy, I couldn’t resist from eating the skin. The potato salad was like a loaded baked potato—chock full of cheese, bacon bits and chives. The cream corn is worth getting, but I found myself wanting “normal” cream corn and would opt for a different side in the future. 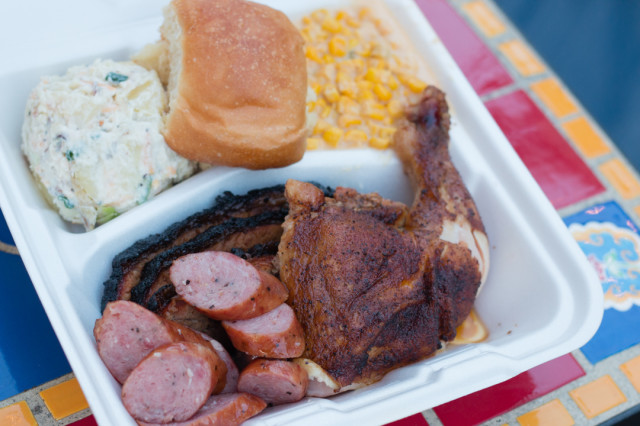 I felt both my brisket and the pulled pork on my wife’s sandwich to be a little tough (but still pretty good). In fairness, my wife loved the pulled pork sandwich—I think she’s had it three or four times at time of me writing this article—but I felt that it was a little too chewy (though the bun was outstanding). 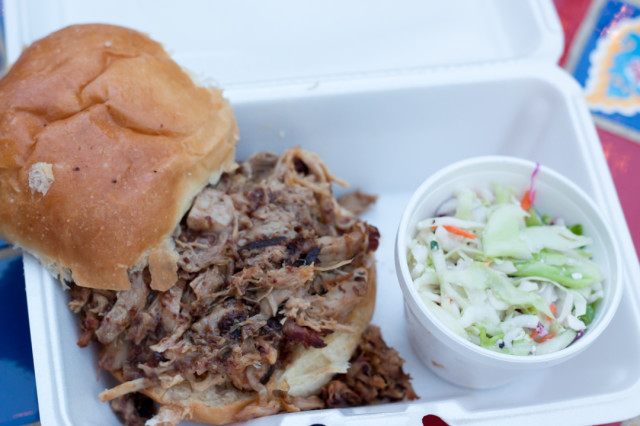 Since The Smoke Shack had just begun to offer dinner service, I wondered if this was the culprit—maybe they hadn’t worked out all the kinks. Luckily, my dad made an impromptu trip to San Antonio the following day and was in the mood for BBQ so I made another trip to The Smoke Shack. He decided to order the Big Dog (hoagie with brisket, pulled pork, sausage and topped with coleslaw) and my wife got another pulled pork sandwich (I had half of my plate from last night left over). Both the brisket and pulled pork were far more tender. I imagine that everything should be ironed out for dinner service in the near future—rest assured that I won’t have any reservations ordering either of the meats at night in the future. 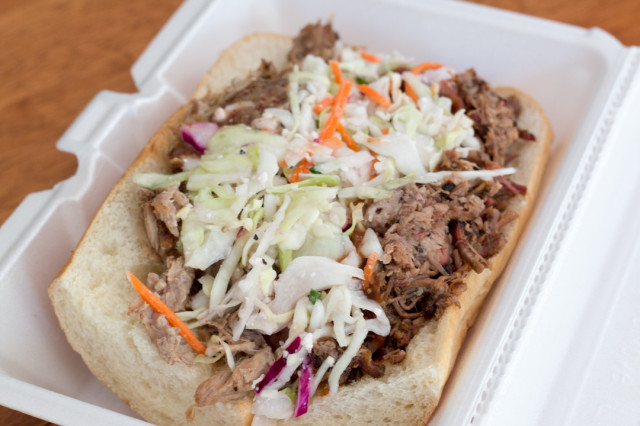 The Smoke Shack is one of those throwback joints that serves solid food in an unassuming way. While there are plenty of trendy restaurants going up around midtown, it’s nice to see that there is still plenty of room for some good, old fashioned BBQ.