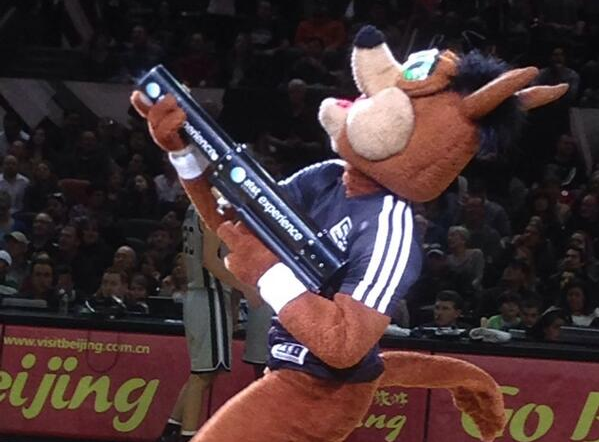 It’s no secret that the Spurs Coyote is the best mascot in the business. Whether it is messing around with the security guards, making reverse-granny-style baskets or coming out on stilts, he is always entertaining at the AT&T Center. But did you know that the Coyote actually invented the t-shirt cannon that is seen coast-to-coast at sporting events?

Well the Coyote decided to up the ante during the first round of the 2014 NBA playoffs against the Mavericks. After using the cannon earlier in the game, the Coyote came out later in the second half again with a t-shirt cannon. However, this time he set the gun down and ripped off his shirt to expose some massive super-hero-style-muscles (of the foam variety) as his team wheeled out this incredible invention: the t-shirt Gatling gun. While it takes a while to load, this bad boy blasted out dozens of shirts in a matter of seconds. Check out this awesome video – I wonder what he’ll come up with next!

Want to step up your support for the Spurs? Learn how to make your own Spurs veladora (or candle) like the one below to light during the playoffs! 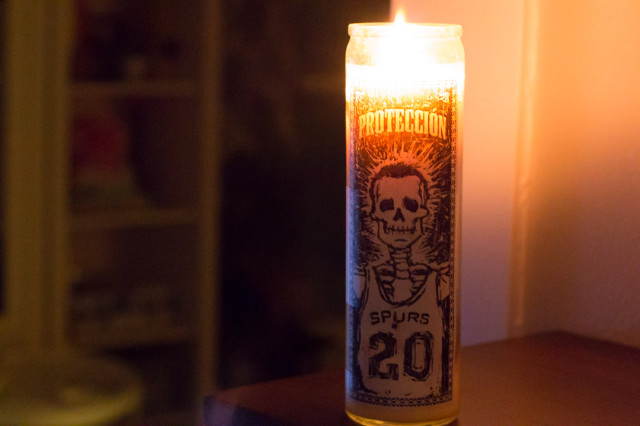