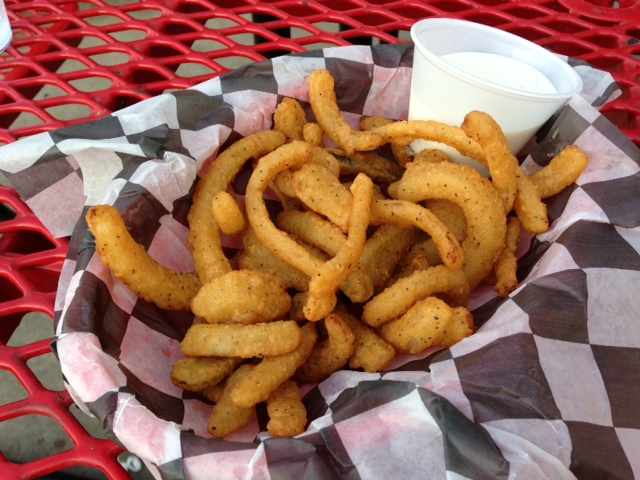 Take me out to the ballgame! Take me out with the crowd! Opening Day is almost here, and this Friday and Saturday San Antonio will be hosting the first HEB Big League Weekend at the Alamodome where the Texas Rangers take on the San Diego Padres in the last two spring season games before the season begins. You better believe that I am going to be there, if anything just to see how they transform the ‘Dome into a baseball field. This excitement prompted me to write an article on the Rivard Report about the need for a professional team to move back downtown. Last year I wrote a post on my favorite ballpark food (including a hot dog the size of a baseball bat) that you should check out. I would love for the Missions to move into a state-of-the-art stadium in the heart of the city but that, just like my dreams of a Rangers World Series title, is probably wishful thinking! On to the Quick Bites!

Also, we’ve been informed that the keg of @branchlinebrew Oso Knotty Oyster Stout we tapped yesterday is one of the last ones in the city.