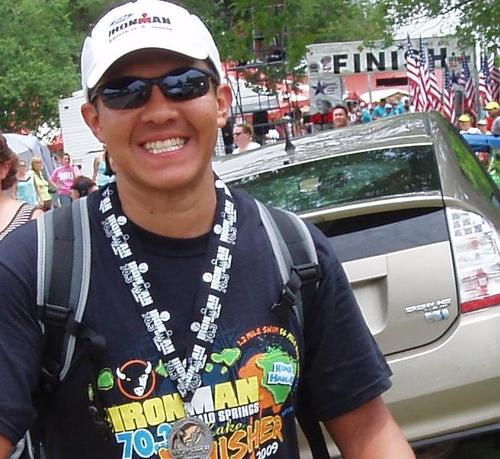 Ric Jimenez is the co-founder of R+R Fitness in San Antonio, an organization designed to train Average Joes to run both short and long distances.  The main workouts are on Saturdays and meet at 7:00AM at Tri-Sition Area on Bitters and 1604.  Additionally there are two more coached workouts in the middle of the week that meet at Reagan High School on Tuesday and Thursday nights at 6:30PM.  At each session, coaches are there to explain the benefits of the workout, lead the group through a proper warm up, instruct throughout the workout, and provide guidance for post workout stretching/yoga. I laced up my running shoes to catch up with Ric to find out about his new venture, some of the best trails in town, and where to go eat after a long run.

San Antonio has the distinction of being at the top of many national lists.  However, there is one list that we have the dubious distinction of being on: #3 on the Men’s Fitness Fattest City List.  This should not be surprising because as a city we love our Mexican Food and often throw back beers at many festivals (Rodeo, Fiesta, and regular ole backyard BBQs).  Ric Jimenez is on a mission to change this and get San Antonio to become more fit. 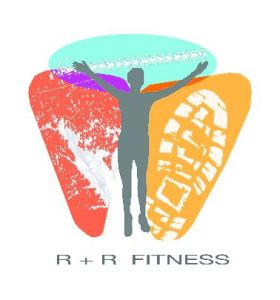 Jimenez ran cross country in High School as an off season sport for soccer and had a natural passion for running.  After entering the professional world, he set his sights on distance running.  In addition to wanting to complete a marathon, he had a personal goal of finishing an Ironman by the time he was 35.  Through hard work, dedication, and planning, Jimenez has not only been able to successfully complete multiple marathons (including the New York City marathon), but also realized his goal of becoming an Ironman in 2008.

However, his path to become a runner and triathlete started the same place that many current runners start from – the couch.

In 2002, Jimenez wasn’t really living a healthy lifestyle and knew that running could help.  “I was about 30 pounds overweight; I had been eating a lot and drinking a lot.” Wanting to pursue his goal of completing an Ironman, he knew he had to get in shape.

After dedicating himself to a training program, he finished his first marathon in 2002 in Jacksonville, FL and was hooked.   “It was a real emotional experience.  It fundamentally changes your life.  It takes a lot of commitment and perseverance, and I feel that developing those qualities really help people a lot in life.”  This experience prompted Jimenez to coach people so that they could realize their own goals.

In late 2004, Jimenez started working with the defunct running store, Run Gear Run, to coach beginning marathoners from the couch to longer distances.  He and his partner saw opportunities to enhance the USA Fit program that they were currently coaching, and launched their own business.

In addition to preparing San Antonians to run long distances, there is an emphasis on nutrition and cross fitness programs such as swimming, cycling, yoga, and Pilates.  “Swimming is an absolutely wonderful sport; it is very low impact and something you can do well into the later years of your life and you can see a lot of benefits in your running.”

Jimenez believes that anyone who doesn’t have a medical condition preventing them from running can accomplish their goal of running a full or half marathon.  “Many people only see the fast Boston marathoner as a runner, but that is not the case.  The reality is that many people you look at on the street are not only capable of running, but may have completed a marathon.”

The large majority of the R+R Fitness training group is either beginning or intermediate runners, so people interested in starting the journey to run a full or half marathon have nothing to fear.  Jimenez thinks that having a group of individuals with a like minded goal forges friendships and camaraderie that can help a person achieve their physical goals.  Often times, people not only achieve those physical goals but also find an inner strength that they didn’t realize they possessed.

One person Jimenez previously coached had come out of a rough spot in life and decided to run a marathon.  “She was the classic person who came to me and said, ‘I don’t know what I’m getting into.  I don’t know if I could finish this.”  The woman kept showing up week after week and soon surpassed the 10 mile mark.  Every week, she ran a longer distance and Jimenez recalls slowly seeing her confidence building.  “She finished her marathon and by the time we reached the end of the season she was a completely different person.  It was an amazing thing to see as a coach.”

If you are looking for a spot to have a good run in San Antonio, Ric suggests McAllister Park, Brackenridge Park, the North extension of the River Walk, and Hill Country Village.  While it might not be as scenic, he also like the run along the 1604 access road on the Northside to see the sunrise.

For a pre-race meal, Ric will go out a couple of days prior to the race and carbo load with pasta at Macaroni Grill and orders the Carmela’s Chicken Rigatoni.  After completing a race, Ric has a tradition of ordering a big burger, fries, and a beer.  If the race is in town, he’ll scratch that itch over at Willie’s Grill and Icehouse.