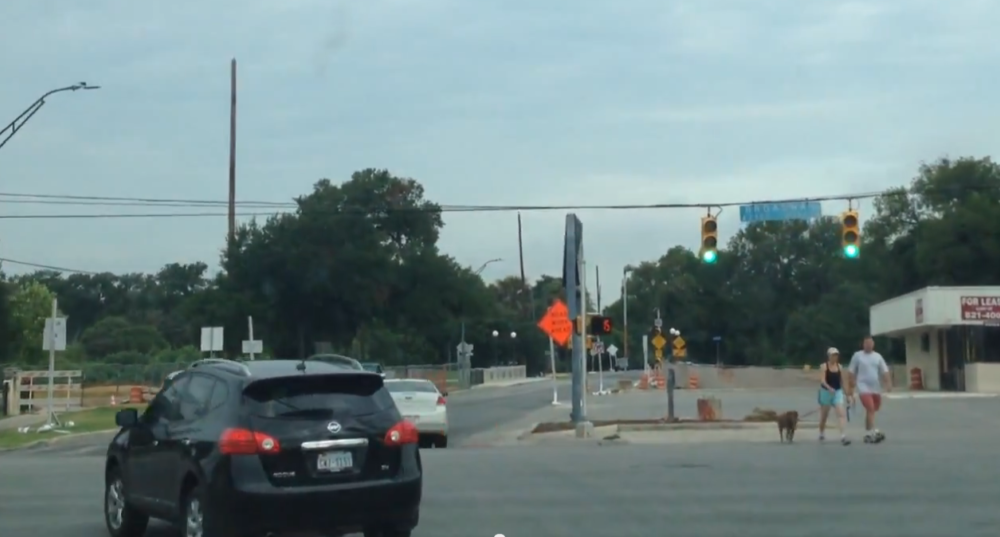 First off, congratulations councilman on winning your seat—we look forward to having you serve our interests in District 2. I am writing you today about the light at Broadway and Mulberry. Yes, this seems like quite a small town thing to write to you about, but this particular light has caused—and will continue to cause—a dangerous environment for our smallest San Antonians and pedestrians alike.

I would have loved to have talked to you or your staff about this in person, and have tried to reach out multiple times. Several times I left messages at your Northeast office and never received a call back. You see, that was the office that I was working on this issue with Councilwoman Ivy Taylor before she was appointed Mayor and interim Councilman Keith Toney. It was only after I called the main City Hall office that I learned that this office was shut down—I just wish the voice mail had let me know about that.

No worries. I called your office a couple of weeks later and was assured that I would receive a call after the holiday honoring Dr. King. When that didn’t happen, I called yesterday and was assured that someone would be in touch by the end of day. I then called this morning and was told that someone would be in touch during lunch. You probably guessed it—no one has called me back. So with my availability I set aside for a call, I decided to write a letter to you instead.

You see this light is incredibly dangerous. I won’t get into the minutia, but heading East/West on Mulberry can be frustrating at Broadway. Each direction gets a green light at the same time, but there is not a protected signal and therefore no truly protected pedestrian crosswalk. Consequently traffic backs up, drivers don’t know what is causing the delay and pedestrians are at risk. I have almost been hit multiple times as well as my neighbors in the Mahncke Park neighborhood that you represent. Check out the video I shot to see what I’m talking about.

But worst of all is the fact that children are at risk trying to cross the street to Lion’s Park, Brackenridge Park and the Kiddie Park. These are three destinations that are popular with San Antonio families, especially in this beautiful 77 degree January weather! But I don’t have to describe how dangerous this intersection is, you told me that you were aware of it in a tweet you sent me during election season.

@pinojo @SAKIDS that is an important intersection and we need to get it fixed.

The availability of new apartments East of Broadway on Mulberry and the forthcoming Doseum (the new facility for the San Antonio Children’s museum) have exacerbated this problem. When the new children’s museum opens up, our neighborhood will see an influx of traffic down Mulberry—and we are excited to welcome people to our neck of the woods! But many of the visitors may not be familiar with this light, will grow frustrated with the long delays and will speed through without regard for others crossing the street. This can be dangerous for all those kids crossing from The Doseum to one of the nearby parks.

I have a plan to fix this light. In fact, it is quite simple and doesn’t require a redesign of the road to correct these issues. Essentially, giving the Eastbound lane a green light while stopping Westbound traffic will allow for an increased flow of traffic, unencumbered left-hand turning a truly protected crosswalk on the Southside of the street for our children. You then do the opposite for the Westbound traffic.

Something needs to be done about this intersection now while it is a road less traveled. If nothing is done and that new children’s museum opens its doors, I can tell you from first hand experience that our kids are at risk at this intersection. In fact, the last time I did this with Ashley Harris (a staffer for Councilman Toney) we almost got hit by a truck. The case number is 1011807312 and I would love to meet you and your staff at the corner of Broadway and Mulberry (maybe we can even get a burger at Good Time Charlies?) and walk the intersection so you can see first hand what I am talking about.

Thanks so much for reading this letter Councilman Warrick, I look forward to hearing from you soon.

If you want to contact Councilman Warrick about this issue, please call his City Hall Office at 210-207-7278 or email district2@sanantonio.gov and reference the light at Mulberry and Broadway, case number is 1011807312.