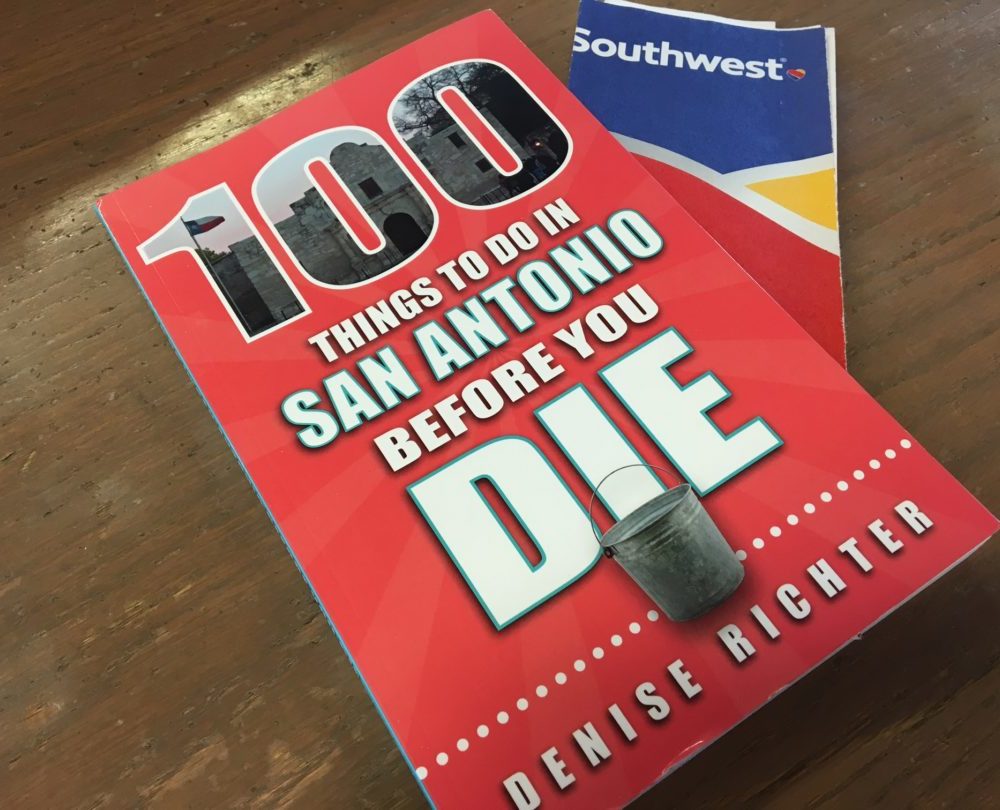 We all love lists. They’re fun to make and even better to debate. But local blogger and professor Denise Richter has just released a book called the 100 Things To Do In San Antonio Before You Die that is pretty spot on.

Her blog is called SanAntonioTourist.net, which is apropos given that Richter looks at the Alamo City with the wanderlust of a visitor instead of the jaded perspective of a longtime resident. Her relationship with San Antonio started in 1968 when she attended the HemisFair celebration as a child—something I’m completely jealous about.

And rather than pining for the days of yore or how San Antonio used to be before it became so trendy, Richter seems to celebrate the present with as much enthusiasm as the past. This is not only admirable, but also a refreshing reminder for this blogger who sometimes is wont to stay in his ways.

The book is divided into the following sections: Culture and History, Food and Drink, Music and Entertainment, Sports and Recreation ending with Shopping and Fashion. The Alamo, River Walk and Missions—stalwarts of San Antonio tourism—are well represented in the book. But there are plenty of other interesting places that tourists (and locals) may not know about. This would include Barney Smith’s Toilet Seat Museum (of which I’m a huge fan), Basilica of the Little Flower, headwaters of the San Antonio River and description of our vast park system.

Richter does justice to the past and present with a solid survey of both classic San Antonio restaurants and the new modern cuisine. Heck, even the Malt House got some press so you know that she explores the ins and outs of the city. However, if there’s ever a second edition in the works, I’d advise that she make an inclusion for puffy tacos, pan dulces, kolaches and crispy dogs—that uniquely SA dish served at the Malt House.

But that’s splitting hairs. Richter’s 100 Things To Do In San Antonio is a solid entry to the guidebook pantheon. Whether you’re new to San Antonio, operate an AirBnB, have to entertain guests or are a visitor, this is a guide that will set you on the right path.